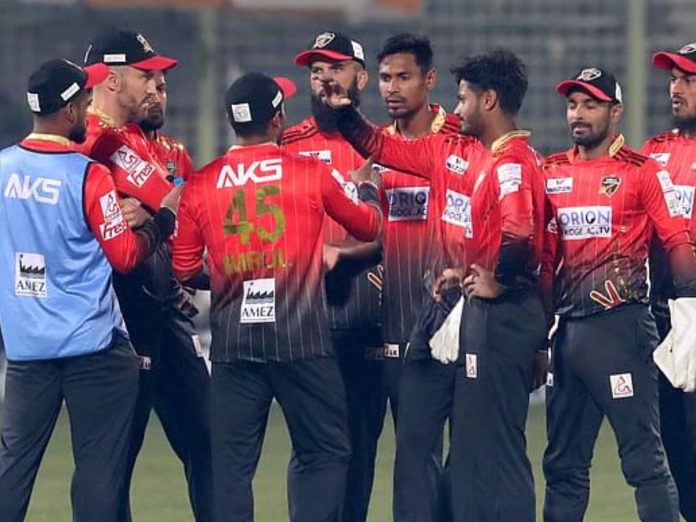 Comilla Victorians and Sylhet Strikers will meet for the first time in the tournament. The Victorians lost their opening game against the Riders and are in the 7th spot currently. The defending champions lost the match by 34 runs. Strikers, on the other hand, had a winning start to the tournament. They are the only team to play two matches currently and they have won both their games. The team is at the top of the table at the moment.

The pitch will assist the batsman and spinners more and anything below 130 is easy to chase at this venue. Most matches went to the team batting second at this venue.

The climate will be sunny and there is not much chance of rain. One can expect a full game today. The temperature will be around 27 degrees Celcius. This should be a good climate for cricket around here.

Imrul Kayes is one of the leading run-scorers from Comilla Victorians. He needs to score big in order to help the team win here. The batsman has scored 205 runs in his last nine matches.

Litton Das is yet another experienced player who needs to get going for the Victorians. The batsman has gathered 172 runs in his last nine matches with a strike rate of around 131.

Najmul Hossain Shanto is likely to turn things around for the Strikers. He has added 91 runs in his last three matches with a strike rate of 112.34. He is likely to play a major role once again.

Mashrafe Mortaza will be leading the bowling attack from the front again. The experienced bowler has seven wickets in his last four matches with an economy rate of around 7.

Mushtafizur Rahman holds the key in the bowling attack of Victorians. The Bangladesh pacer has picked up 15 wickets in his last nine matches. He will be the player to watch out for in this game.

Head To Head Team For COV vs SYL

ALL: M Hossain, I Wasim

Who Will Win Today between COV vs SYL Dream11 Prediction, Today’s Match?

According to Khel Talk’s prediction for COV vs SYL Dream11 Match Prediction, Victorians is likely to win this match. The three-time champions will look to get back on track for the title defence here. One can expect them to come stronger in this game.

According to Kheltalk’s COV vs SYL Dream11 Toss Prediction, Victorians would win the toss and elect to bowl first. The teams bowling first have won more games at this venue.