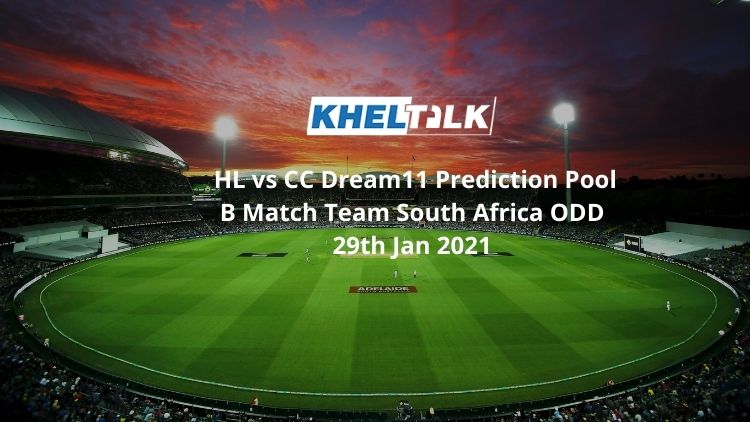 Hira Sabadell and City Lions would be up against each other in the Group B fixture in the ongoing ECS T10 Barcelona. It would also be the last game of the day. Both teams have had a tough run in the tournament so far. Hira Sabadell are yet to win a game this season as they have lost 2 matches and 3 matches were washed out because of rain. City Lions, on the other hand, have won one game and lost 2. Meanwhile, 2 games were abandoned, courtesy of rain gods. Both teams need to win every match from here to stay in contention for a knockout spot. However, the chances are bleak given the form of Pak I Care at the time. Here we have come up with the HIS vs CLI Dream11 Team for this ECS T10 Barcelona fixture.

Match Details for HIS vs CLI Dream11 Prediction

HIS vs CLI Team Form

The surface has been helpful for the pacers and the batsmen. It has been getting better for stroke-making with each passing game.

Their playing 11 is likely to remain the same.

Heera Lal has scored 60 runs in 3 matches at a strike rate of almost 158. He also has picked up 2 wickets with the ball for Hira Sabadell.

Anwar ul Haq has accounted for 3 wickets in 3 matches for Hira Sabadell at a strike rate of 8.

Raja Sikandar has scored 33 runs and scalped 6 wickets as well in 5 matches for City Lions.

Zahid Nawaz has managed to pick 4 wickets for City Lions so far in 5 matches.

Mehmood Akhtar picked up 2 wickets for Hira Sabadell in the only match he has played so far in the competition.

Head To Head Teams For HIS vs CLI

BAT: B Khalid, A  Hussain, I Muhammad

Grand League Teams For HIS vs CLI

BAT: B Khalid, A Hussain, I Muhammad

Who Will Win Today between HIS vs CLI Dream11 Prediction, 65th Match?

According to Khel Talk’s prediction for HIS vs CLI Dream11 Match Prediction, City Lions are expected to win this game.

HIS vs CLI Toss Prediction today

According to Kheltalk’s HIS vs CLI Dream11 Toss Prediction, Hira Sabadell is expected to win the toss and elect to field first.