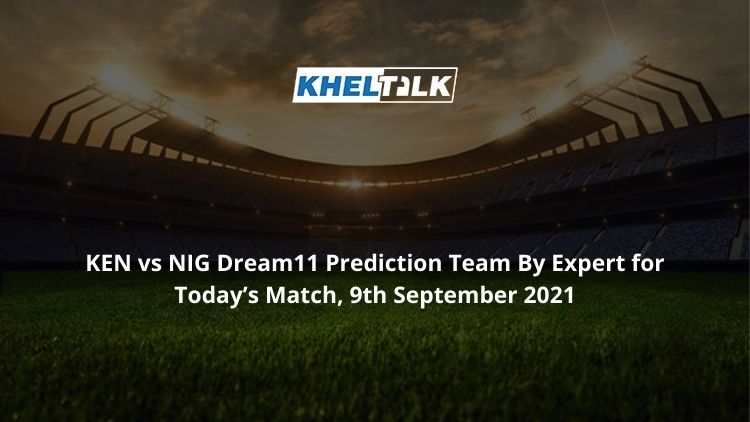 Kenya will take on Nigeria in the first match of the Uganda T20I tri-series here. All three nations will be playing a total of 13 matches as preparation for the upcoming World Cup Qualifier. This is a round-robin series and the top two teams will fight in the final of the series.

Earlier, Uganda and Kenya fought in the three-match one-day series just a few days ago. Kenya had won the first match but went down in the next two to give the host a 2-1 series win.

Coming back to this contest, Kenya will be holding the upper hand here and are favorites to win the series as well.

The pitch will assist both batters and bowlers here. Going by what we have seen in the ODI series, the spinners will hold the key here and one can expect both teams to go for chasing.. 145 will be the par score at this venue.

It is going to be good weather on 8th September. The match is going ahead as planned and since there will be thunderstorms in the nearby regions, there could be a few drizzles here as well.

Kenya had returned to international cricket after October 2019. The recent ODI contest for their first match since their series against PNG in 2019. The team has announced a strong 30-member squad here and one can expect them to give an opportunity to everyone to prepare them for the World Cup Qualifier

This is an important contest for Nigeria in order to improve their ICC Rankings ahead of the qualifiers. The team is still amateur and are the underdogs here.

Karim is one of the most experienced players available here. He has done well in his T20i career and has played 16 matches so far. He has 286 runs in his career.

Patel is one of the attacking batters available in this contest. He has a strike rate of 127 in T20Is. He has played 26 matches so far and has scored 526 runs.

Obanda is one of the most improved batters in recent times. He has 381 runs from 28 matches and he is likely to open the innings for the team here.

Ngoche is the best choice for the captain here because of his all-round ability. The star has picked up 35 wickets from his 28 matches. He also has 107 while batting at number five for the team.

Odhiambo is a well-known player available here. He has 16 wickets and 174 runs to his name and he has played 21 matches in T20Is so far. He is an important pick here.

Onwuzulike has been included in this format recently and he is currently improving. He has 122 runs with a strike rate close to 97 here.

Who Will Win Today Between KEN vs NIG Dream11 Prediction, 1ST match?

According to Kheltalk’s astrology KEN vs NIG Dream11 match Prediction, Kenya is likely to win this contest. They are in excellent form at the moment and are likely to make a good start here after a heart-breaking loss in the ODIs.