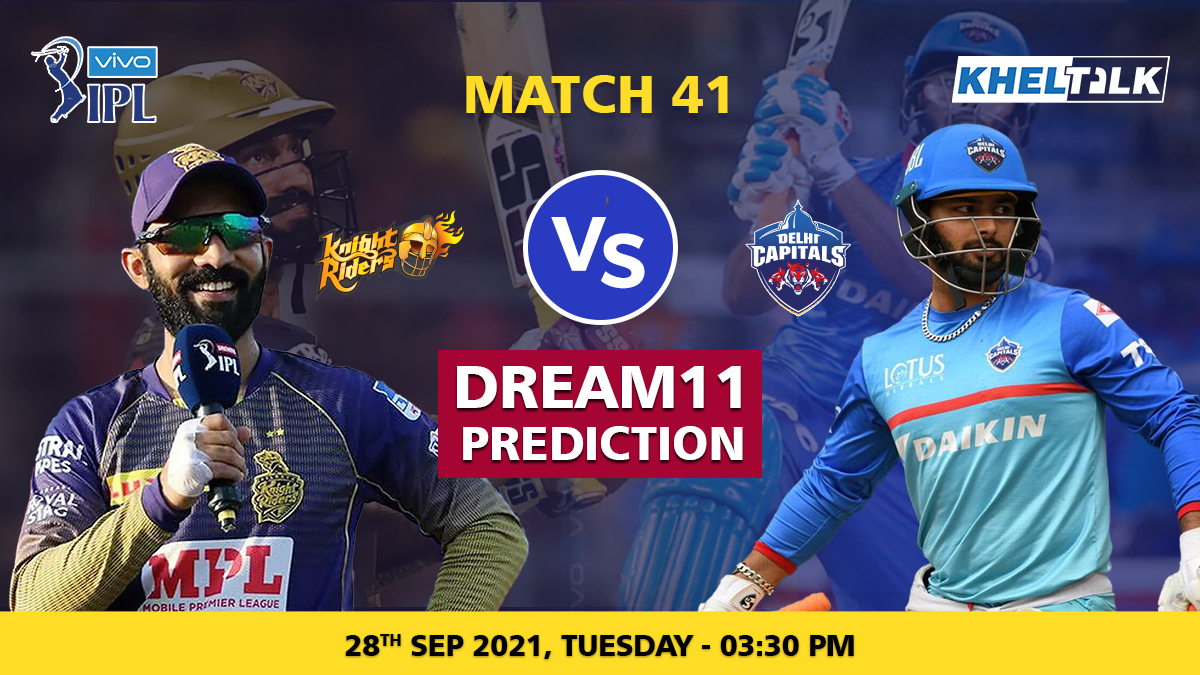 However, KKR is a different team now and they had won two matches since their return. Certainly one cannot take them lightly here. KKR is currently in the fourth spot and they must win this contest to stay here.

Compared to all other grounds, the teams have found the batting easier at this venue. One can expect both teams to make sure of the shorter boundary here and this match is likely to go down the wire.

The plan to open with Venkatesh Iyer has worked well so far. The team is likely to go in with the same eleven in this contest and they are likely to put up a good show here.

Rishabh Pant couldn’t perform big yet in the second phase. However, he is just too good to be missed out. The skipper will be contributing with his gloves too. On average, he has picked up a couple of catches in every single match so far.

Shikhar Dhawan needs no introduction at all. The Delhi opener has been phenomenal in this IPL and is expected to come good in this contest. He recently smashed 69 runs against PBKS.

Anrich Nortje has been bowling well so far and is one of the top picks among the bowlers. He has picked up four wickets in the last two matches here. He is likely to pick up a couple more in this contest.

Andre Russell can contribute from both fronts. Even in the match against CSK, he has managed to score 20 runs and also had a wicket to his name. One can expect a similar performance in this contest.

Rahul Tripathi is in good form at the moment. In the contest against MI, he had 74 runs and followed it up with 45 runs in a contest against 45. He has 12 fours and four sixes.

Venkatesh Iyer is the player to watch for here. He has given a brisk start for KKR in the second phase of the tournament and he could prove vital once again here.

Head To Head Team For KKR vs DC

Who Will Win Today Between KKR vs DC Dream11 Prediction, Match 41?

According to Kheltalk’s astrology KKR vs DC Dream11 match Prediction, DC will win the match. DC are the favorites to lift the trophy this year and they are likely to dominate this contest. However, they will not take KKR lightly considering how well they have performed in recent times..

According to Kheltalk’s KKR vs DC Dream11 toss prediction, DC are likely to win the toss and go for batting here. This is a good batting track and the teams will be keen to defend a total here.