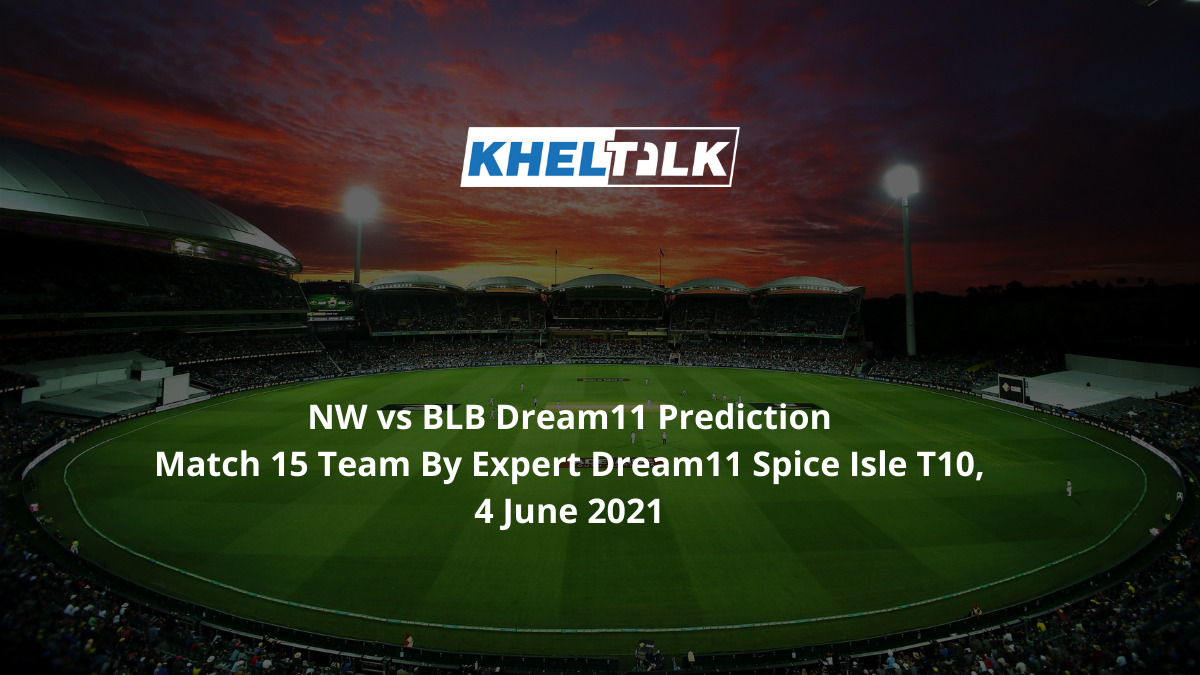 According to NW vs BLB Dream11 Prediction for Today’s Match Fantasy Cricket. Nutmeg Warriors will take on against Bay Leaf Blasters in Match 15 of the Dream11 Spice Isle T10 on Friday, June 4, 2021, at the National Cricket Ground. Keep reading to find out about the Match 15 NW vs BLB Dream11 team today.

Nutmeg Warriors are in desperate need of a win here. They began the tournament well with a 10-wicket victory, thanks to Andre Fletcher, but since then they couldn’t manage to pick up another win and are at the bottom of the table.

On the other hand, Bay Leaf Warriors are in good form at the moment. After losing their first two matches, the team had managed to bounce back to win their next two and are currently at the 4th spot. A win here will take them to the 2nd spot.

At first, batting at this venue was very difficult but as the tournament progressed, the pitch has become batter friendly. In recent matches, an average of 91 is being scored in the first innings. The team batting second have managed to win the match or at least had managed to get closer to the target.

Rain is on cards on Friday at Grenada. However, it is unlikely to take over the whole day. Thus, we will still have our matches despite glimpses of rain. The temperature for the day will be around 27 degrees Celcius and there is 67 per cent of rain, according to the forecast.

Despite having some of the star performers in the team, Nutmeg Warriors couldn’t win a match here after their first big win in the tournament. However, they are still good to spring a surprise here and for that, captain Andre Fletcher must stand up once again.

The team is doing well when it comes to the batting department but their bowling has made things worse on more than one occasion. It will be interesting to see how they go here and they are likely to make changes to the batting order too

Andre Fletcher is undoubtedly the best choice for the captain in the fantasy side here. He was the reason for the team’s first win. He ended up smashing 79 runs while opening the innings of the match. The knock had seven sixes and he also ended up with four wickets.

Devon Smith’s experience will come in handy here. He was the star performer with the bat in the last match for the team and he ended up scoring unbeaten 65 and the knock had four sixes and eight fours. He will be keen to add more to that tally.

Alexis can contribute from both fronts which makes him one of the safest picks for the captain here. He has been consistent and one can expect him to score 20 to 30 runs today. In the last two matches, he had scored 51 runs.

Regis loves to deal in boundaries with makes him a good pick here. Even in the last match, he smashed five sixes for his 44 runs. He so far has smashed nine sixes in the tournament and can prove vital in this competition.

Who Will Win Today Between NW vs BLB Dream11 Prediction, Match 15?

According to Kheltalk’s astrology NW vs BLB Dream11 match Prediction, NW is likely to start as favourites here. Though the team hasn’t find a way to win a match after their first big win, they still have a potential to fight for the same.

According to Kheltalk’s NW vs BLB Dream11 toss prediction, NW is likely to bowl first here. The team’s only win came while bowling first and though they did lose a few matches while chasing, they might still go for it.