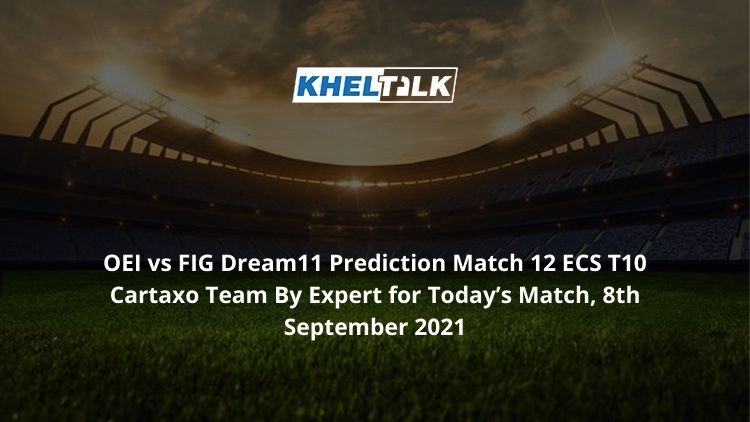 Despite having an excellent line-up, both Fighters CC and Oeiras did not enjoy an excellent start to the tournament, something they would’ve hoped for.

Oeiras have lost both their matches so far and are at the bottom of the table. The team couldn’t defend 61 in the first match against Gorkha 11 and in the second match, they went down by 23 runs while chasing 141.

On the other hand, Fighters CC made 119 runs in the first match but couldn’t win it against Wild Panthers, who stole the match in the final delivery. However, they bounced back to take down Coimbra Knights by 10 runs. The team is currently in the fourth spot in the points table.

The pitch here has helped the batters more and most of the teams have managed to cross the 100-run mark with ease. In fact, they were able to chase down big targets with ease so far.

In the last five matches

The weather will be partly cloudy and there is eight per cent chance for rain according to the forecast. The temperature will be around 21 to 25 degrees Celcius for the day.

Gagandeep Singh will lead the batting attack for the team. He has managed to carry his good form into this tournament as well. Gurlal Singh will keep wickets here while Mandeep Mall will take care of the bowling attack.

The team has some of the well-known players here. Most of them are around for a while now and has represented the national team too. Buccimaza, Greenshields will hold the key here while Narayan’s current form is a blessing for the team at the moment.

Ranjit Narayan is the player in form. He has done well with both bat and ball. He has four wickets to his name and also has managed to score a couple of cameos here.

Greenshields’ experience will come in handy in this contest. The veteran all-rounder is yet to perform big with the bat and will be hoping for a fresh start. With the ball, he has two wickets to his name here.

Krut Patel is a bowling all-rounder and is one of the mandatory picks for Oeiras team. He has managed to grab two wickets in the tournament at the moment and can prove vital here.

Gagandeep Singh has been consistent in both his contests so far. He has managed to score 55 runs from his two matches while striking at 183.33 at the moment.

Imran Rao is the 2nd leading run-scorer for Fighters CC here. He has scored a couple of cameos so far and is likely to add more to the tally in this contest.

Rana Sarwar is the leading wicket-taker for Fighters CC at the moment. He has managed to pick up three wickets from his four overs in the tournament so far.

Virk was the stand-out performer in the last contest. He has managed to pick up two wickets while giving away just nine runs in the last match. He has an economic rate of 4.50 here.

Who Will Win Today Between OEI vs FIG Dream11 Prediction, Match 12?

According to Kheltalk’s astrology OEI vs FIG Dream11 match Prediction, Fighters CC will begin this contest as favorites. Fighters CC have done well in this tournament compared to Oeiras. They have won a match while lost a very close encounter. Thus, they are likely to dominate here as well

According to Kheltalk’s OEI vs FIG Dream11 toss prediction, Fighters CC is likely to win the toss and bowl first in this contest. The pitch doesn’t change much here and most of the teams have won while chasing at this venue.