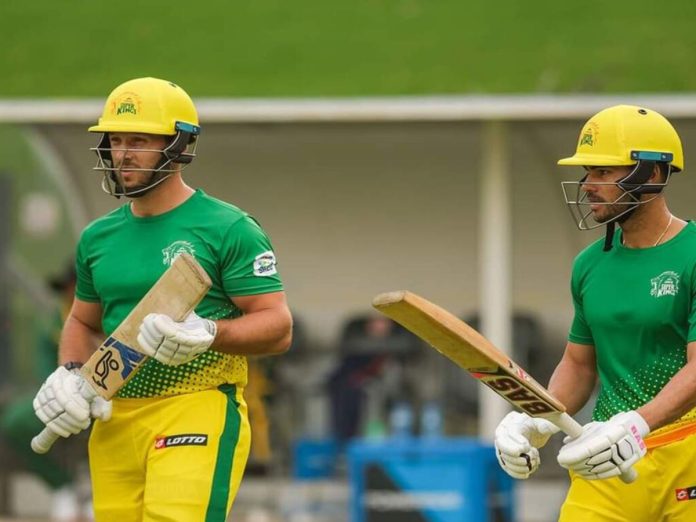 Paarl Royals and Joburg Super Kings will meet in the 4th game of the tournament. Super Kings won the opening game while Paarl Royals lost their match. Paarl Royals couldn’t defend 142 against MI Cape Town and lost the game by eight wickets. Super Kings, on the other hand, defeated Super Giants by 16 runs. Donovan Ferreira was the star of the Super Kings.

PRL vs JOH Dream11 Match Prediction For Captain And Vice-Captain

Jos Buttler smashed a half-century in the opening game of the tournament. The Royals batsman ended with 51 runs at a strike rate of 121.42. He is the one to watch out for here as well.

David Miller made 42 runs and played a captain’s knock against MI Cape Town. Miller could be the difference between the two teams in this game.

Donovan Ferreira won the player of the match for his outstanding performance in the opening game. The all-rounder made an unbeaten 82 at a 205 strike rate and also picked up a wicket.

Romario Shepherd played an explosive knock in the opening game. The West Indies all-rounder made 40 runs at a strike rate close to 211.

Alzarri Joseph bowled well in the last game. He picked up two wickets while going for just 7.50 runs per over. He will lead the bowling attack once again.

Who Will Win Today Between PRL vs JOH Dream11 Prediction, 4th Match?

According to Kheltalk’s astrology PRL vs JOH, Dream11 match Prediction, Joburg Super Kings will begin this game as favorites. They won their previous game with ease and are likely to pull off another win in this game. Faf du Plessis is the player to watch out for here once again.

According to Kheltalk’s PRL vs JOH Dream11 toss prediction, Paarl Royals will win the toss and will bat first. Since the pitch will provide good assistance to batsmen, both teams will look to bat first here.