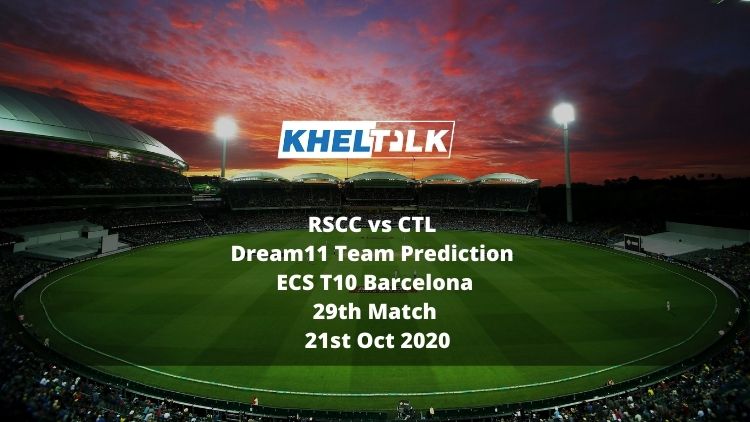 The upcoming encounter will be played at Montjuic Ground, Barcelona on 21st October.

The surface at Montjuic offers equal assistance to the batsmen and the bowlers. the team winning the toss is most likely to bat first as the pitch gets slower in the second innings. The average innings score at the venue is 119 runs.

Ishan Patel has bagged six wickets in three games at an economy of 7.16 with the best figure of 4/10. He can be your captain and vice-captain both.

M Khan of Catalunya has been destructive with his bat and is again likely to ruin the bowler’s economy. Hitting at a strike rate of 189.47, he is the best choice as the batsmen. Don’t miss him out.

Gaurang Mahyavanshi of Raval Sporting has 5 wickets in his pocket and has been quite impressive economical of 5.66 with the ball, he is likely to trouble the batsmen again.

L Singh has the highest strike rate for Raval Sporting. Averaging almost 20, he is capable of staying on the crease for long and can turn around things with his last hitting abilities.

RSCC vs CTL Dream11 Prediction: Who will win the match

Cataluyna seems in tremendous form and is likely not to lose its momentum anytime soon. Having better top-order batsmen, they would easily trouble the opposition. We bet Catalunya to win this encounter.