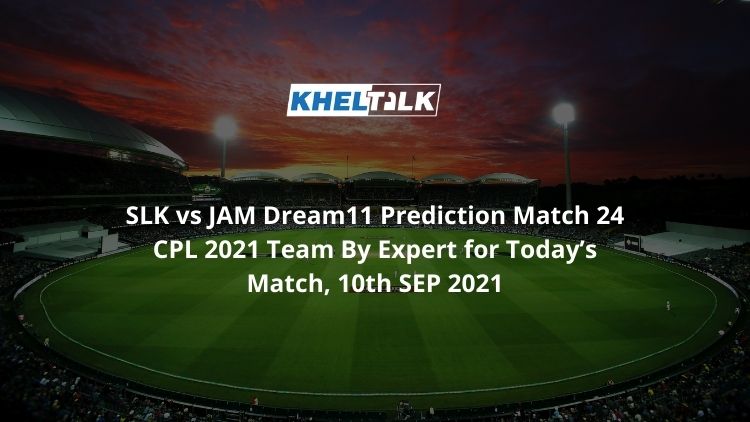 Tallawahs and Lucia Kings will lock horns for the second time in this tournament. When these two teams met earlier, Tallawahs had a huge win.

It was the first match for both the teams and Tallawahs had a jaw-dropping outing. They made 255 runs from their 20 overs. While the top order had run, it was Andre Russell’s blistering knock of 14-ball 50 which changed the course of the game completely.

In return, Lucia Kings had no answers to Tallawahs’ bowlers. Tim David’s fifty was the only positive outcome in this contest for them.

At the moment, Lucia Kings are at the 3rd spot in the points table while Tallawahs are at the bottom half.

This is usually a batting-friendly track and also, there will be some support for the pacers. Going by what we have seen in the early matches, the pacers had dominated the early session while the batters did well in the death overs.

The best part about Lucia Kings’ campaign is that they had a different player taking the team to wins here. Faf du Plessis did it in one match, Tim David was the highest scorer in one, Keemo Paul’s all-round ability helped in one, and Andre Fletcher’s brilliance in another.

Imad Wasim’s inclusion has been one of the key factors in the last few games here. He will hold the key in this contest. Pretorius will lead the bowling department while Kennar Lewis’ opening performance could change the course of the game here

Imad Wasim could be the difference between the two sides here. He is in good form at the moment and had contributed from both fronts. He is our trump card pick of the day.

When these two teams met earlier, Russell went berserk. The team will be hoping for a similar performance from him today. He is likely to bowl his full quota too.

Faf Du Plessis might be struggling with form but he is just too good to be ignored here. He has already scored a ton in this tournament recently and is likely to play a similar role here.

Roston Chase’s form is certainly the difference from the last head-to-head contest to this. Chase has managed to score his highest T20 score recently and is among wickets too.

Migael Pretorius is the best choice when it comes to the bowler here. Pretorius has picked up at least a wicket in every single contest so far. In fact, when these two teams met, he had four wickets.

Tim David could prove vital in this contest. He played well in the last head to head contest. In fact, he was the top scorer for the whole match. He is likely to bounce back here.

Who Will Win Today Between SLK vs JAM Dream11 Prediction, Today’s match?

According to Kheltalk’s astrology SLM vs JAM Dream11 match Prediction, Kings will begin this contest as favorites. Though the team has lost their previous contest against Tallawahs, they have managed to bounce back and are in a decent position in the tournament. On the other hand, Tallawahs couldn’t do much in the tournament here.

According to Kheltalk’s JSLK vs JAM Dream11 toss prediction, the Kings will win the toss and will bowl first here. The team has a good bowling line-up here. They will look to restrict their opponent and will look to chase down the total.