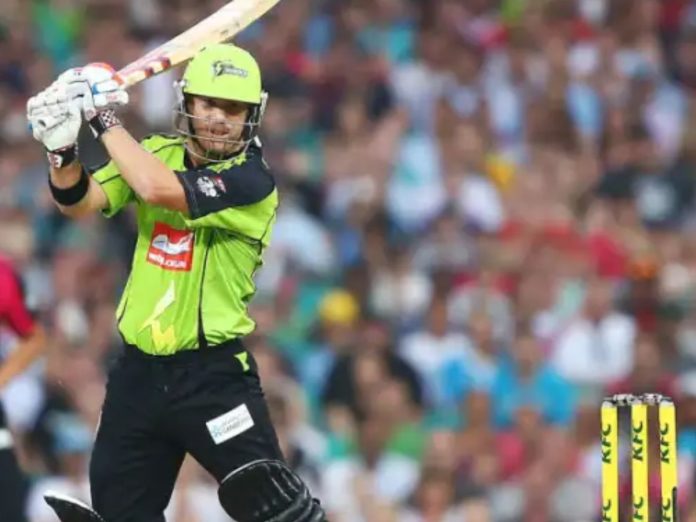 Sydney Thunder will look to avoid four losses in a row as they take on Melbourne Renegades once again. The team has five wins and six losses in the tournament and needs to win this game to stay in the hunt for the knock-out. Thunder are in sixth position in the points table.

Melbourne Renegades are in third position with six wins and five losses. They also defeated Thunder in their previous encounter.

The pitch will assist the batsmen more and this match is expected to be a high-scoring thriller. Both teams will look to the chase because of the nature of the pitch.

David Warner has scored 19 runs in his two matches. He got out for a duck in the last game and will be eager to get some runs on board here. Watch out for him.

Alex Hales averages close to 33 in his last eight games. He has 229 runs so far and will look to lead from here. He could be the one to take Thunder home today.

Akeal Hosein has been economical with 6.81 runs per over. He has 10 wickets from eight matches. He will lead the bowling attack in this game.

Aaron Finch will look to lead the team from the front today. The Renegades batsman has scored 252 runs from his ten matches and is expected to fire big in this game.

Who Will Win Today’s match Between THU vs REN?

Melbourne Renegades will begin this game as favorites. They are going well compared to Melbourne Stars at the moment. Renegades will look to bring in their A-game and win this one to stay in contention for the knockouts.

Who Will Win Today’s Toss Between THU v REN?

According to Kheltalk’s Toss Predictor, Melbourne Renegades are expected to win the toss and bowl first. Since the pitch will assist the batsmen more, chasing will be a better option here.