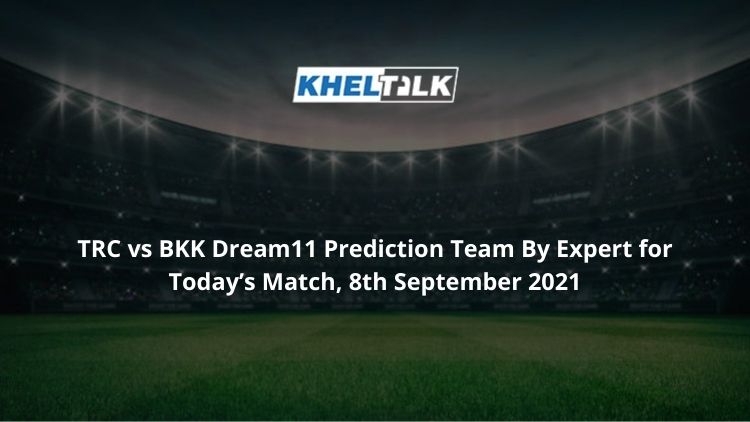 Tripunithura Cricket Club will lock horns with BK-55 in this contest. Both teams are in good form at the moment. BK-55 has played two matches and has all the two contests so far. They are currently at the top of their group.

The unbeaten BK-55 team will take on Tripunithura Cricket Club who have won one match and have lost one match from their two so far. They are currently at the sixth spot in the mixed points table.

One can expect BK-55 to do well here. A win here will take the team to the top of the table.

It is going to be a good weather on 8th September. The match is going ahead as planned and there is almost zero per cent chance for the rain. The temperature will be around 29 degrees Celcius.

The team is in good form at the moment, having won their last game. They will be keen to continue their good run here. In the last match, they had defeated Ernakulam Cricket Club by 52 runs.

The team is likely to go in with the same playing eleven here. They have won a couple of matches already and there is no need for them to change the line-up here.

Abdul Bazith was the star performer in the team’s win over ENC. He is likely to do well here too. He had seven fours and a couple of sixes for his 54. One of the tops picks for the captain here.

Neeraj Kumar had cameos in both the games but he couldn’t convert them to a big score yet. This could be his day. He has managed to score 32 runs in his last match.

Akhil MS was the top scorer in the contest against ENC. He ended up smashed six sixes and as many fours for his 77 and also had a couple of wickets to his name.

Mahoharan is the top choice for the captain because of his consistency as well as his form. He smashed a ton in the first match and followed it up with a half-century here.

Babu looked in good touch against MTC. He had 29 runs and a wicket to his name in that contest. One can expect a similar performance from him today.

Reshab bowled well in the last contest and is likely to repeat it here as well. He had a couple of wickets and also had managed to score 16 runs in that contest.

Bowlers: A Bin Ashraf, A Reshab, A Babu

Bowlers: A Bin Ashraf, A Reshab, A Farzeen

Who Will Win Today Between TRC vs BKK Dream11 Prediction, 18th match?

According to Kheltalk’s astrology TRC vs BKK Dream11 match Prediction, BKK is likely to win this contest. They are in excellent form at the moment and are likely to make it three in a row here. However, the TRC will make them work for it, considering their current form.