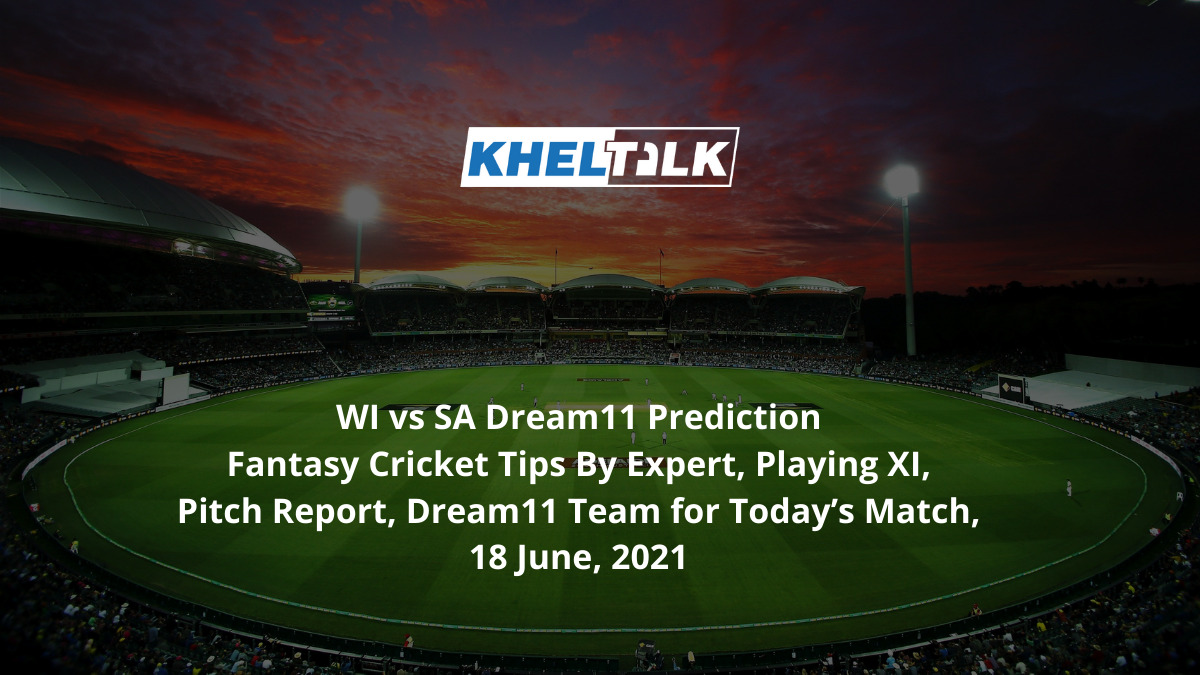 West Indies will look to bounce back here after a poor outing against the visitors South Africa. West Indies began well but Anrich Nortje and Lungi Ngidi turned things around as the duo shared nine wickets between them to dismiss hosts to just 97.

In return, South Africa recovered well after early wickets and then rode high on the ton of Quinton de Kock who took the team to 322. West Indies couldn’t find their form in the second innings but had batted well compared to the first.

However, they had managed only 162, blame Kagiso Rabada‘s spell. The pacer had five wickets and helped South Africa to win with ease, before the lunch of Day 3.

WI vs SA, Most runs in series

WI vs SA, Most Wickets in series

This is more of a balanced wicket and one can expect the pace to dominate early in the innings. The venue has hosted eight Tests so far and the team batting first have won three out of them. The highest score at this venue is 588 while the average first innings score is 374.

The temperature is likely to be around 29 degrees Celcius for the most part of this Test. Most sessions will be cloudy and there is a huge chance for drizzle on day 1, 2 and 4. The climate will certainly impact the outcome of the match.

Kieran Powell will be opening alongside the skipper Brathwaite. He will replace injured Nkrumah Bonner. The team might also drop Joshua de Silva and might make Shai Hope keep wickets in his absence. Alzarri Joseph is likely to replace de Silva here.

Quinton de Kock was the star performer in the last match and is likely to dominate here as well. He went on to score 141* runs and the knock had seven sixes and 12 fours. He had a couple of catches in the match as well.

Jason Holder was excellent with the ball and will be keen to contribute from fronts. The all-rounder had 20 runs to his name and also has picked up four matches in the last match. He is likely to score 20 to 30 runs in this contest.

Aiden Markram was in good form in the limited-overs series against Zimbabwe recently. He also showed some glimpse of form in the last contest. He made 60 runs and the knock had seven fours. He will be keen to get to the triple-figure mark here.

A lot depends on Shai Hope here. He couldn’t do much in the first Test but will be eager to score more here as his place in the team is in trouble for a while now.

Rassie Van der Dussen had a good start in the match but couldn’t convert it to fifty. He smashed five fours for his 46 and will hold the key in the middle order for the team.

Kagiso Rabada found his form in the last match as he went on to grab a fifer after a very long time. He would love to rattle the batting order once again.

Lungi Ngidi played a major role in helping the team win the match in the last contest. He grabbed five wickets in the first innings and ended up bowling three maidens in the second.

Who Will Win Today Between WI vs SA Dream11 Prediction, Match 2?

According to Kheltalk’s astrology WI vs SA Dream11 match Prediction, South Africa is likely to make it 2-0 in this contest. The team’s bowlers are in excellent form and it will be a challenge for the hosts to tackle them here. However, the team will be hoping that their top order would find a way to stay in the contest.

According to Kheltalk’s WI vs SA Dream11 toss prediction, South Africa are likely to bowl first at this contest. Since there will be something for the pacers, the team is likely to dominate right from ball one just like they did in the last match.