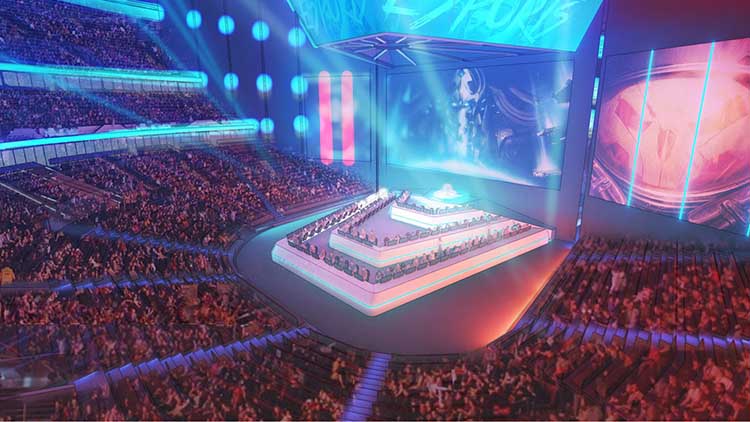 Esports has now broken into the mainstream, and there has been a good demand for it to join at the Olympics stage.

Other than being considered as a first step in authorizing gaming as a sport in reality, including Esports in the Olympics will surely invite a massive outside audience.

What’s more, it may also open a floodgate of sponsorship opportunities and also do its bit to keep away negativity concerning Esports.

But the question is- will Esports finds a way being included at the Olympics? Steps are underway to make it a possibility in the future. Yes, it may see some years to pass before seeing anyone getting an Olympic medal for League of Legends!

What would be the Olympic version of the Esports and what issues it may face in being accepted as a sporting event for the world audience? Let’s explore together!

The 2022 Asian Games may open the gates

In 2017, the International Olympics Committee (IOC) had already identified Esports as a sports activity. The IOC officially supported a Starcraft 2 event just 7 days before the commencement of the Winter Olympics of 2018 in South Korea. In the later part of the same year, the Olympic Council of Asia (OCA) collaborated with the Asian Esports Foundation and Alisports to get Esports added to the 2018 Asian Games in Indonesia. It was advocated to be added as a Demo event without medals being given officially. eSports is all set to be included as an official sport in which medals will be counted in Hangzhou in China.

Esports has also been left out of the initial list of sports for the 2022 Asian Games, and it looks normal as nothing concrete can be confirmed until they get entire details. Thus, the announcement about the entire list of sporting events to be included in the event is expected to be announced closer to the games only.

The Asian Games Demo in 2018 was successfully conducted as viewership of the Final with South Korea and China got 1.3 million viewers through Esports charts. The event had a list of titles such as Starcraft 2, League of Legends, Clash Royale, Hearthstone, Pro Evolution Soccer and Arena of Valor.

There will also be the Intel World Open being conducted before the Tokyo Olympics in 2020, which will be approved by IOC. It is being speculated to feature Rocket League and Street Fighter V. The event will take place as the run-up to Olympics, and it does mark a big step towards making the two worlds interlinked.

The Asian Games in 2022 looks like to be the perfect rest run for Esports being included in the 2024 Olympics in Paris as an exhibition event. If we consider IOC following the similar route as the OCA, it looks that eSports could be included as a medal event for the Los Angeles Olympics in 2028.

Video game violence may pose as a major barrier

Even though being a grand success at the 2018 Asian Games, there is still a shift away from games that portray violence. The President of the IOC, months after the event, Thomas Bach was stated as saying to AP ‘We can’t have a game in the Olympics that promotes discrimination and violence, and the so-called killer games. From our point of view, their (Esports promoting violence) are contradictory to the values of Olympics and can’t be accepted.’

Most of the fans of the Esports come up with naturally violent Olympic sports such as fencing and boxing as the defense mechanism. But Bach is clear on this and says ‘We see sport as a civilized expression and if you have Esports where it is about killing someone, then we can’t bring it under the umbrella of Olympics and its values.’

If you see most of the eSports titles, most of them come with some or other form of violence and killing. Despite this, the alternative path of eSports could be taken for the Asian Games in 2022 and the Olympics.

What games could qualify as an Olympic Esports?

The future of eSports at the Olympic looks bright, but it won’t be including games that are a crowd puller. Zhang Dazhong, the CEO of Alisports, who is still associated with the Olympic Council of Asia for the 2022 Asian Games, recently spoke about how it may include more conventional sports titles.

While speaking to Reuters in 2018, Zhang stated ‘The 2022 Asian Games’ titles would be more on the lines of Football-based Pro Evolution Soccer (PES), which was an aspect of the demo event in 2018. eSports should be all about sports, and about the representation of your country and not only entertainment.’

It is a viewpoint that most of the Western countries don’t adhere to. But he did say that a move in the direction of sports-themed eSports was happening. He said that while referencing to the mobile gaming crackdown in China.

With such details, the games that are most likely to be included in the Asian Games may be added, such as:

The final list of the games may change at a time when IOC and OCA start determining what titles they are willing to get featured in the Olympics and the Asian Games. What’s more, they also need to strike a deal with every publisher to get featured in the games. Nonetheless, deals with large companies such as EA Games may look tricky. It is because they are a supplier of a wide range of famous and familiar games. Hence, they may also demand a king’s share in return.

If EA manages to have its hold on the market in 2022 and further, their lack of participation may prohibit what varieties of games get to be showcased. On the other hand, small-time publishers may be more than willing to collaborate as it would mean pocketing marketing opportunities to grow their games.

Olympic broadcasting is another tricky matter

Owing to the huge size of the Olympic Games, the IOC had established the Olympic Broadcasting Services (OBS), and it is the permanent host of the marquee event. It avoids the logistical mess of letting broadcasters across the world to cover the event Live using their crew and camera.

The IOC permits large networks to go ahead and buy broadcasting rights to air the event Live on their platforms to local viewers. In turn, it also lets networks to add their commendatory and other content in addition to the footage provided by the OBS. It can be done as long as they adhere to the Olympics’ Charter rules and regulations.

Hence, it may be unlikely for networks to be in a position to add to the content received from the OBS owing to the costs that would majorly overweigh the perks within a few years.

How and where could they broadcast Olympics Esports?

If eSports has to be included in the Paris Olympics in 2024, it would be more likely for exhibition purposes. Hence, networks may take note of this and are most likely to air most of the eSports games on TV.

Many events take place at a time that matches their target audience. Thus, it may be common for Final games to get airtime in its place of opening or group stages. But, luckily, you may still be able to watch every game on the websites or the Apps of the networks.

Going by history, it may be unlikely that streaming websites such as Mixer and Twitch find their way to bid in the Olympics. It is because they may not serve a particular area being internationally acclaimed brands.

Owing to this, it may lead the viewership on an average taking a hit as the content would become harder to access due to forced paywalls and Ads. But, after having said that, TV games may reach or topple the 1.3 million viewers mark achieved during the Final of the 2018 Asian Games.

Disgrace around Esports may also not help it flourish

The stigma associated with eSports and video games is not going to vanish anytime soon. Despite consuming professional eSports, some people may find it hard to understand what viewers of eSports are up to. As discussed earlier, the association of violence in video games may further not help to build positivity around it.

Should Esports at the Olympics find a space?

It may feel that including eSports in the Olympics may lead to a lack of interest from its core audience even though it may be an all-important first step.

The calls for including traditional eSports games may come up, but it will undoubtedly take its own time. Games like Counter-Strike and Fortnite and others may not be around in the next 4 years’ time.

The IOC may have new additions per year, but not including games with a punch of violence may not arrest the attention of the audience. It is because that’s what makes eSports the force that it is!