Shubhman Gill is looked down as another batting gem in the making for Team India. He did perform brilliantly in his debut Test series against Australia. The former players have praised the way young Indian batsman played under pressure situations. Now, Ravi Ashwin has revealed an instance from the Melbourne game that left him shocked.

The Punjab-born batsman was waiting for his time to come for long. He traveled to New Zealand for playing the Test series. But, the team-management gave preference to Prithvi Shaw. However, this tie his chance came and Shubhman Gill grabbed it with both hands. He played knocks of 45 and 35* runs in respective innings that helped Team India in easily clinching a victory in 2nd Test. This win marked a strong comeback of Team India in the Border-Gavaskar series as they suffered a humiliating defeat in Adelaide.

In Adelaide, Prithvi Shaw failed to impress and was sidelined from the team in the 2nd Test. And, he was replaced by none other than talented batsman Shubhman Gill.

Ravi Ashwin has shared an instance from the same game that left him dumbstruck. The senior spinner said that he is a big fan of Shubhman Gill. Ashwin asserted that in Melbourne Test, the wicket got flat and Australian tailenders showed resistance while batting.

Later on, Cameron Green got out after giving an easy catch to Shubhman Gill. The Indian spinner that Gill came running to him and asked to dismiss the Aussie batting line-up fast. And, if the target will be near around 40 or 50 then he will achieve that within five overs.

“I am a big fan of Shubman Gill’s batting. Even in the Melbourne Test, this is an incident I wanted to share. We were bowling and the wicket got flat. We were bowling to Pat Cummins, Mitchell Starc, and they were showing resistance,” Ashwin recalled.

“And Cameron Green was caught at square leg off a pull and Shubman came running to me and said, “Ash bhai, Jaldi khatam kar do yaar! 40-50 runs hoga toh mein paanch over mein khatam karoonga! (Please wrap up quickly. If it’s 40-50 runs to chase, I will do it in five overs!),” Ashwin further said.

As per Ashwin, it was an unreal thing to witness coming from a debutant on the side, “I was like, ‘wow, this is an unreal man’. We have a debutant who is walking up to say ‘khatam karo, finish it’ and I will finish in five overs and that too in a Test match,” Ashwin said laughing. 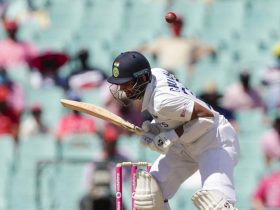 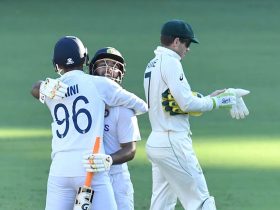 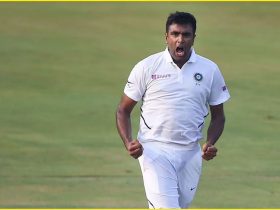 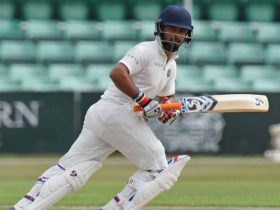