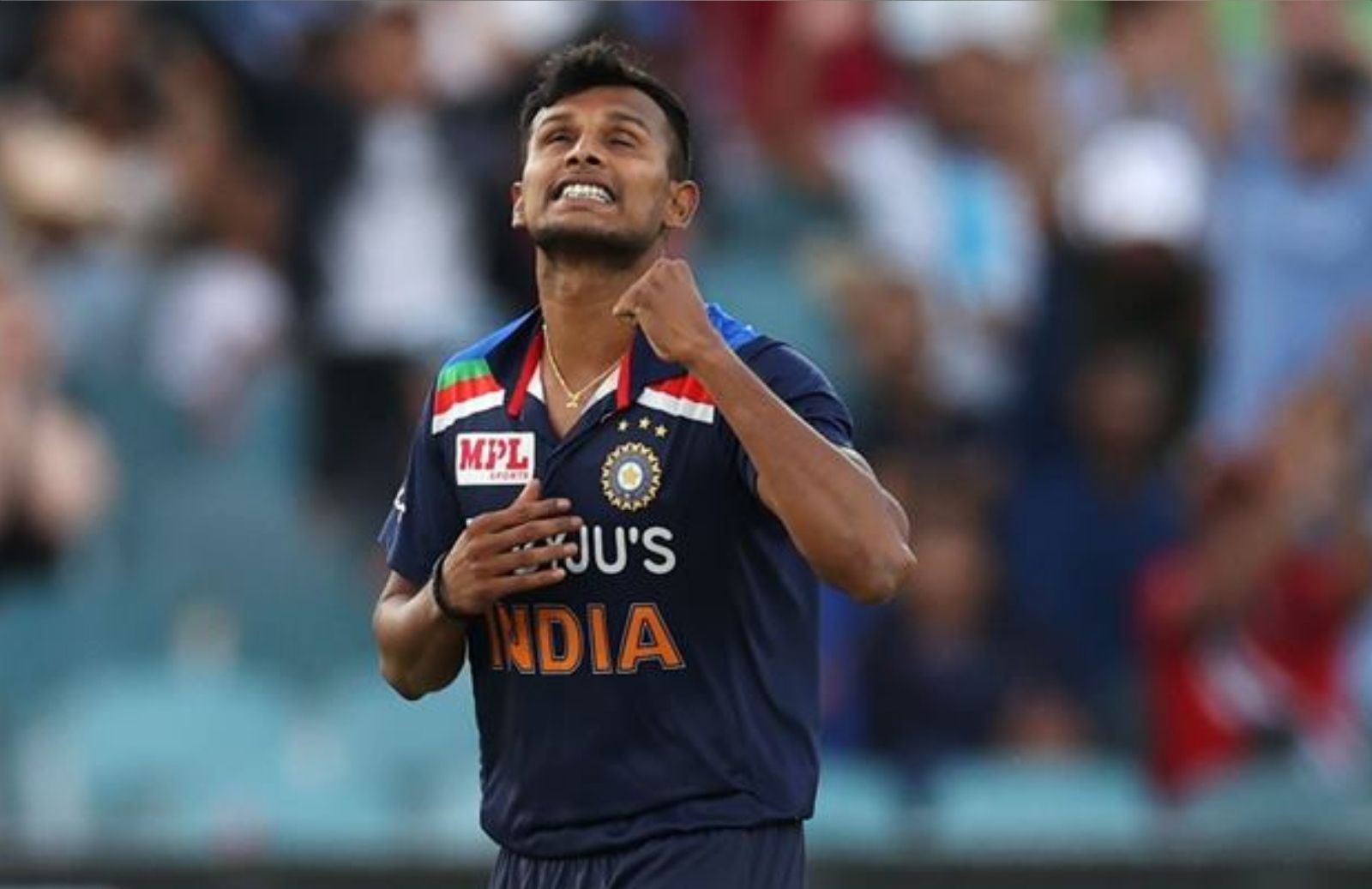 T Natarajan is having a dream run as a professional cricketer. He performed exceedingly well in the 13th edition of Indian Premier League 2020. Soon, he was picked for the T20I and ODI series on Team India’s tour to Australia. He had a great international debut in white-ball cricket. And, now, he is ready to wear the whites for Team India in international cricket.

The 29-year-old did immensely well for Sunriser Hyderabad in the Indian Premier League 2020. He grabbed 16 wickets in 16 games in the 13th edition of the tournament. He was not picked by the national selectors for the Australia tour. But the injury of several other players forced the selection committee to pick T Natarajan in the limited-over format. He grabbed 2 wickets in his ODI debut followed by 6 wickets in the T20I series. He finished as the leading wicket-taker in the three-match T20I series for Team India and impressed everyone with his toe-crushing yorkers and bouncers.

The team-management asked T Natarajan to stay with Team India throughout the Border-Gavaskar Trophy 2020-21 as a practice bowler. But, now an injury to Umesh Yadav during the Boxing Day Test once again forced BCCI to pick a left-arm pacer as a replacement.

T Natrajan shared a memorable moment with his fans on social media donning whites for the first time. He took to his official Twitter handle and shared a post that read, “A proud moment to wear the white jersey. Ready for the next set of challenges.”

The injury list for India is getting longer with every passing day in Australia. Earlier, Umesh Yadav suffered a hairline fracture in his forearm and got ruled out from the Border-Gavaskar Trophy 2020-21. Umesh Yadav joined his bowling partner and he suffered a strain in his right calf. Both the players have left for India and will soon reach NCA for rehabilitation.

India is tipped to play New Year Test at Sydney Cricket Ground starting on January 7. It will be a crucial game for both the teams as the series stands leveled with India and Australia winning one game each.