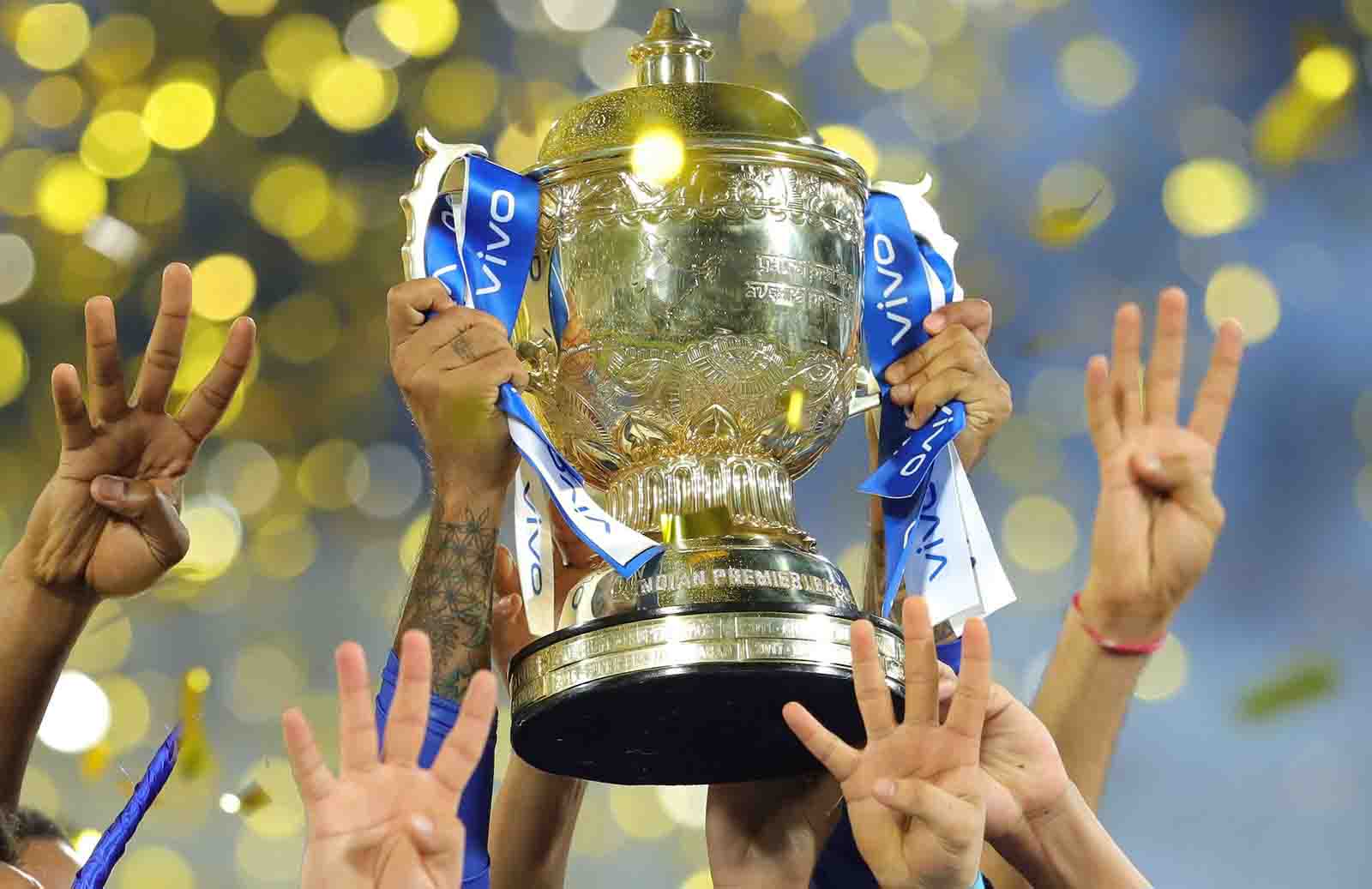 The Coronavirus outbreak has crippled the entire world, and just like any other sector, even the Cricketing world is shocked and has come to a grinding halt.

Such has been the impact of COVID-19 that it has impacted many International and domestic events with most of them either being called-off or cancelled.

Even the Indian Premier League (IPL), the biggest Twenty20 tournament on Earth has become its latest victim with it being delayed by 2 weeks.

Still, fans of IPL are hoping that the Mega Tournament will still be held with minimal changes. But for that to happen in practicality, the IPL would need to break away from the stereotypes. This way, it may lose Fan base, but something is better than nothing than the entire Tournament being called-off, something that no IPL fan would want.

Owing to the Coronavirus outbreak, the IPL 2020 may take different routes and may not follow it’s tried and tested formula. Take a look:

1 – Home and away concepts

There is nothing better like home and what better thing than Cricket to understand this? It for the pure reason that no matter how many games an IPL Team may lose or win, they will always be adored when they play in front of the home crowd. It is for the reason that a big event like IPL has got home and away concept.

Such model of playing at home and away has helped the Tournament grow by leaps and bounds and even helped the league gain acceptance even in remote areas. What’s more, it makes Cricketers aware of the different cultures of India. The home and away concept takes the player and fan connection to a different level and playing away and at home has been one of the key highlights of the IPL.

However, this time in 2020, owing to the growing outbreak of Coronavirus in India, you may not see this concept being used. It has so far been able to make its appearance in 16 states in India. States like Karnataka, Maharashtra and Delhi have already told that they won’t allow IPL to be staged in respective states. It is not a positive sign for the IPL as those pickets have been key IPL hubs over the years. It seems like most of the IPL Teams are not going to enjoy the home benefits in IPL 2020.

One of the key reasons behind the success of IPL has been its association with glamour quotient. Yes, the league has been receiving great support from Bollywood stars. Some of them (Example – Shah Rukh Khan – KKR) have also been associated with Teams in many forms. Thus, you can say that IPL has outgrown the association with Bollywood over its existence so far for 12 years. It has also been able to add to its fan base as people are also able to see their favorite stars right in the Stadiums. The opening and closing ceremonies of IPL has been overtly glamorous over the years. It gets support from many celebrities and what follows is a great show of music, dance and beyond.

But after having said that, the IPL 2020 may not see that happening, especially after the Government of India has already stated in its advisory to limit celebratory events. What’s more, even Bollywood and other stars will not be looking to become a part of this owing to the advisory of the Government. Thus, you should be ready to see IPL 2020 not holding any opening and closing ceremonies as such.

Without a doubt, one can say the IPL’s one of the biggest strength has been its ability to connect with its fans all across the country. Not only in Stadiums, but IPL has been able to do that by forming the concept of IPL fan parks. Fan parks are organized in such cities in India, where fans are unable to watch the match Live in a stadium.

The concept of IPL fan parks started its operation in 2015. The objective of the fan parks has been to keep fans and Cricket connected. During a fan park event, people are given free entry into the ground with big screens installed to watch the match. The event is also marked by multiple activities like face paintings, games and more.

But due to the outbreak of the COVID-19, this year, the IPL fan park may have to be shelved. It is because the Government of India has advised against community gatherings. It is because holding such events may spread the Coronavirus fast. Hence, you may not be able to enjoy fan parks in IPL 2020.

Ever since the dawn of the century, the presentation ceremonies have been the vital aspect of the gentleman’s game. It has been the game’s part for so many years where fans are able to know the thoughts of their beloved Cricketers.  During such ceremonies, players are rewarded in cash and kind, and it is a sign of the quality Cricket Tournament.

IPL has also been following the same trend over the years with a ‘give-out’ of many awards at the end of every match. The performances in a game are rewarded convincingly with ‘Man of the Match’ and ‘Best Catch of the Match’ awards and more. What’s more, even fans are able to interact with their favorite cricketers. Thus, the presentation ceremonies in IPL are of higher importance. But going by the conditions in India due to the Pandemic outbreak, presentation ceremonies may not be conducted. Activities, like sharing the MIC and shaking hands, may cause the transmission of the virus. Thus, it will be in the best interest of the people concerning the players’ safety.

IPL has been one of the lucrative leagues across the world. It is where the best of players can go wrong. The reason is the expectation of the fans and the pressure of being proactive on the field in front of big crowds. What’s more, being constantly facing gruesome conditions and traveling between cities can also hamper a player negatively.

Thus, the players need to be provided with something that may keep them refreshed throughout their stay in the Tournament. It is why the concept of IPL after parties was started. The concept of this after party event after an IPL match was to help players relax without bothering too much about the on-field performances. What’s more, it also provides players with the scope to resolve differences if any.

Overall, an IPL after party is a dose of entertainment for a player after having spent a hectic day in the field (office). However, the IPL 2020 may not see after party being arranged in the IPL 2020 season owing to the COVID-19 scare. As cricketers meet so many people from multiple walks of society, it may put their lives and others’ to risk. Nonetheless, the Board of Control for Cricket in India (BCCI) might not get enough funds from conducting such an event, and it may be better to scrap the idea this time.

You are now aware of the key tweaks that IPL 2020 may go for. For many more IPL and other Cricketing news, stay hooked to this space for more!

The fate of the 13th edition of the Indian Premier League (IPL) is to be decided after April 15,2020, and it is what Kiren Rijiju, the Sports Minister has stated.

The Sports Ministry of India has stated that the Board of Control for Cricket in India (BCCI) is in charge of taking decisions with respect to Cricket. But because a Tournament like IPL has a big structure, it may hamper the people’s lives across India.

A fresh advisory is being expected from the Central Government after April 15, 2020, regarding the 2020 edition of the IPL in between COVID-19 scare. Any future decision can be taken concerning the gravity of the situation due to the Coronavirus Pandemic.

“After April 15, 2020, the Government is expected to come up with new guidelines and advisory depending on the prevailing conditions. BCCI is an authority that looks after Cricket activities in India and it is not an Olympic sport. But the question that arises is not about only conducting the sporting event but even questions of the citizen’s safety. In the event of IPL, there will be many spectators. Thus, it is not only the sports authority or players but for every player of the country. “The Sports Minister was quipped as saying on the situation.

The 2020 edition of the IPL was originally scheduled to kick off on March 29, but it was postponed owing to the Coronavirus outbreak to April 15. It is being reported by many sources that many options, including a small IPL, is being considered. BCCI President, Sourav Ganguly has also stated that matches can also be played in empty stadiums to keep off large gatherings. All necessary precautions are already underway. But the Delhi Government has already stated that they won’t encourage staging any IPL matches in the city until March 31 2020.

The Board of Control for Cricket in India (BCCI) is yet to take a final call on the IPL 2020 edition, already deferred until 15 April, 2020 from its starting date of 29 March, 2020. Even though the BCCI has been in involved in multiple stages of meetings with franchises and stakeholders, it has been in the ‘wait and watch’ situation as of now.

With the present condition that the positive cases of COVID-19 being reported in many cities in India, it seems that the dense clouds are setting over IPL 2020 with passing days. All foreign visas are suspended by the Indian Government till April 15, and it means that no foreign players can enter India due to the Coronavirus outbreak.

This has led BCCI, franchisees and stakeholders to discuss multiple aspects about the prevailing condition. They have been discussing many aspects, and it included postponing the IPL to a later date, playing lesser games, cancelling the event or taking the event outside of India. What’s more, the Cricket fans and the BCCI is optimizing about the severity of the Coronavirus getting diminished in the next 20 days. BCCI has been left by the Government to make decisions, but it has already banned gathering of people for sports.

“IPL is already suspended till 15 April, 2020 and we will see what actually happens to post this date. BCCI may not be under our control, but it is not about sports but the citizen’s safety. “Kiren Rijiju was stated as saying to Timesnownews.com as he believes that people’s safety is of utmost importance than anything.

The World Health Organization (WHO) has already declared the novel Coronavirus as a Pandemic. It has led to the suspension of Cricketing and other events across the world. Tournaments such as the Champions League, La-Liga and other major Football events are cancelled. What’s more, even Olympic trials have been stopped with doubts increasing over the ability of Japan to host the event given the menace that the novel Coronavirus has been able to bring to the world in a short span.

Kiren Rijiju also added that India’s all training centres would be closed till 15 April 2020. Athletes who have already qualified for the event or ones under consideration will be permitted to train under watchful eyes later.

“All training camps will now be suspended till 15 April 2020 with training centres being put on hold. Only athletes qualified and on the qualification’s verge will be permitted to train under stern observance in training centres.” Sports Minister, Kiren Rijiju was quipped as saying on the recent developments concerning the Coronavirus.