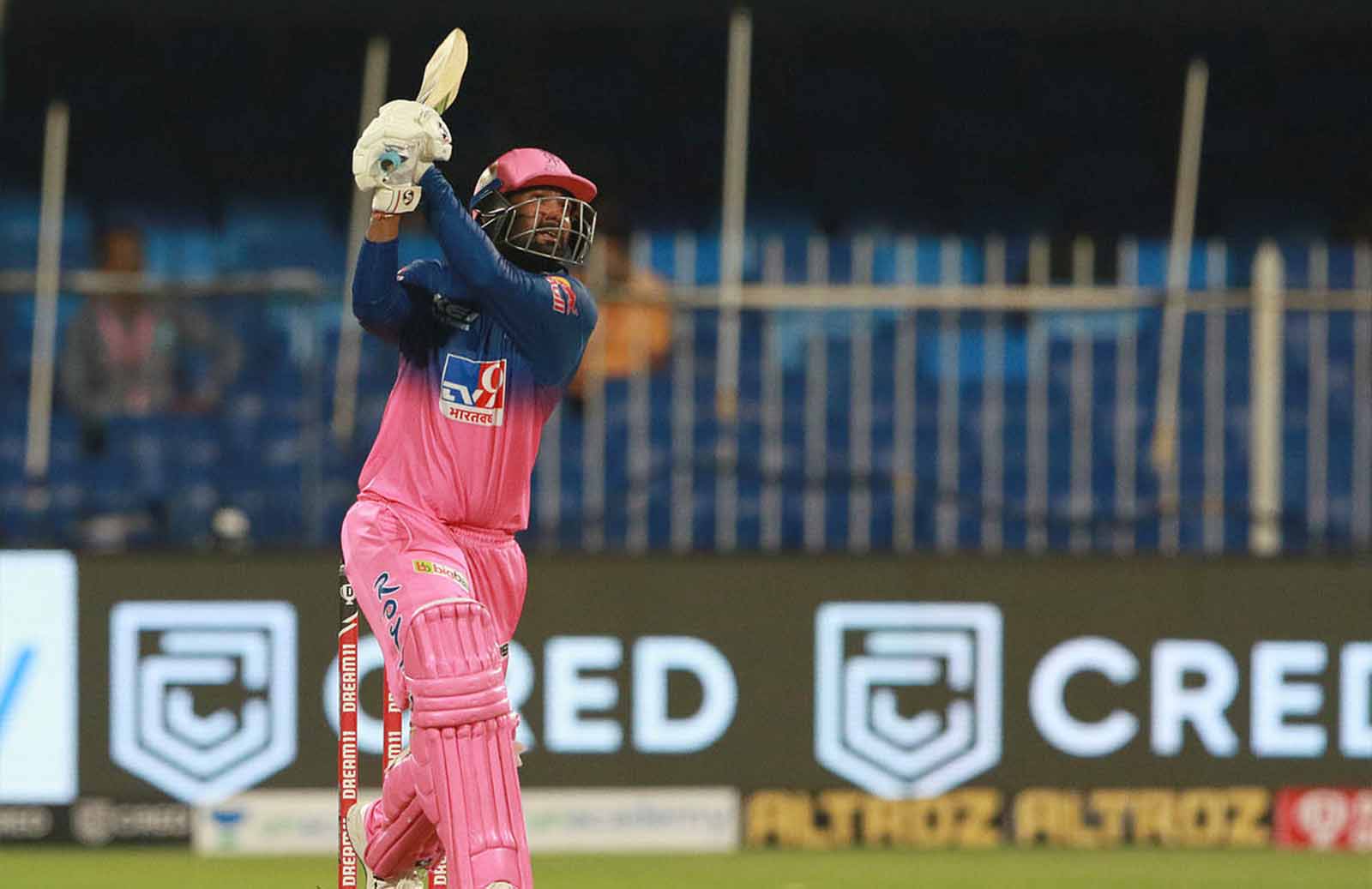 Rahul Tewatia stole the limelight with his quickfire knock against Kings XI Punjab. He played at his best with the bat in the final crucial overs of the innings. Undoubtedly, he revived his career with that knock. We can reckon it as the story from Ashes to Glory going. Now, the Haryana-born all-rounder has revealed that he was just looking for that one good over to make up in his inning.

The spin-all-rounder was sent to bat at number 4 against KXIP. He didn’t get off the mark well with the bat in the match. Tewatia was struggling with the bat against spinners and fas-bowlers. And, Rajasthan Royals had to face the heat of the fans over their move to send Tewatia ahead of Riyan Parag, Tom Curran, and Robin Uthappa. In the first 19 balls, he failed to click one boundary in a game in which RR’s required run-rate was around 13.00.

However, he turned the fortunes of his side that was on the edge of facing its first defeat. He hammered five sixes in an over of Sheldon Cottrell. And, Royals were back in the game. And, in the end, RR managed a victory over KXIP by 4 wickets.

He revealed a conversation with Sanju Samson during the game. Rahul said that he was in search of one good hit that changed the game for him. And, he managed to do so in the over of West Indies International. He scored 53 runs off 31 balls with the help of seven gigantic sixes.

“When I was not able to hit, I was under pressure, but Sanju told me that it’s a matter of one hit and I was waiting for that one hit. I was looking for one big hit, one big over and that came (when Cottrell came in to bowl the 18th over). Had the confidence that once I start hitting, I would be able to pull it off. I was looking for a game-changing over to close in on the target,” Tewatia told in the post-match conference.