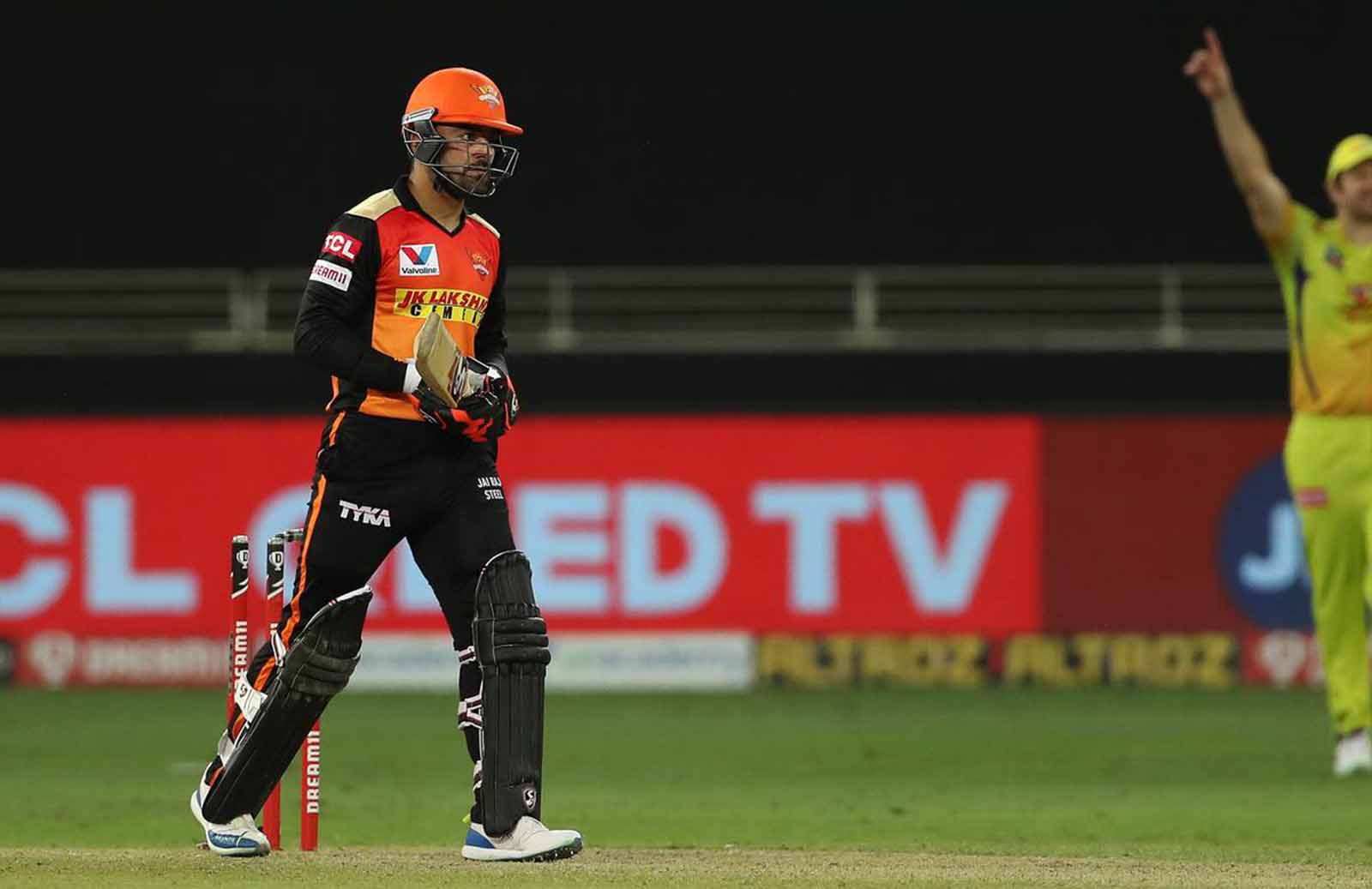 Chennai Super Kings and Sunrisers Hyderabad clash was full of drama. In that contest, many unusual things unfolded that hogged the spotlight. Firstly, MS Dhoni and Umpire Paul Reiffel controversy followed by a hilarious dismissal of Rashid Khan, who might have spoiled the CSK party by winning the close game for SRH.

Sunrisers Hyderabad got a respectable target of 167 runs to chase. And, they awfully got off the mark against CSK. They lost their top two batsmen David Warner and Manish Pandey in the powerplay overs. Both the players are in smashing form with the bat. And, their dismissal in the first half of the inning was a big blow for the orange army.

Rashid Khan Gets Dismissed In A Hilarious Fashion

Kane Williamson came out to bat at number 4 and changed the equation for the team. He made the mockery of the bowlers and clicked a responsible knock with his willow. His magnificent fifty took his team on the verge of a win. But, after he was caught by Shardul Thakur near the boundary off Karn Sharma shattered the hopes of SRH fans.

There was still some drama left to be infolded in the game. Rashid Khan came out to bat in a mood to win it for his side. He scored 14 runs off 7 balls with the help of a six and a boundary. And, equation came down to 22 runs off 7 balls. On the final delivery of the penultimate over something happened that many fans would have not witnessed earlier in the cricketing history.

Rashid Khan, the batsmen on the strike took a stride back in order to make a room for him and smack the ball for a six. However, he didn’t saw the stumps and got hit wicket. At the same time, he was caught by Deepak Chahar near the boundary rope So, in a general way, he got out twice on a delivery.

But Section 33.5 (Caught to take precedence) of the IPL match playing conditions reads: “If the criteria of clause 33.1are met and the striker is not out Bowled, then he is out Caught, even though a decision against either batsman for another method of dismissal would be justified.”