“Score a 50 in this match, and you will be picked for the match in Perth,” Virender Sehwag reveals how Anil Kumble saved his career 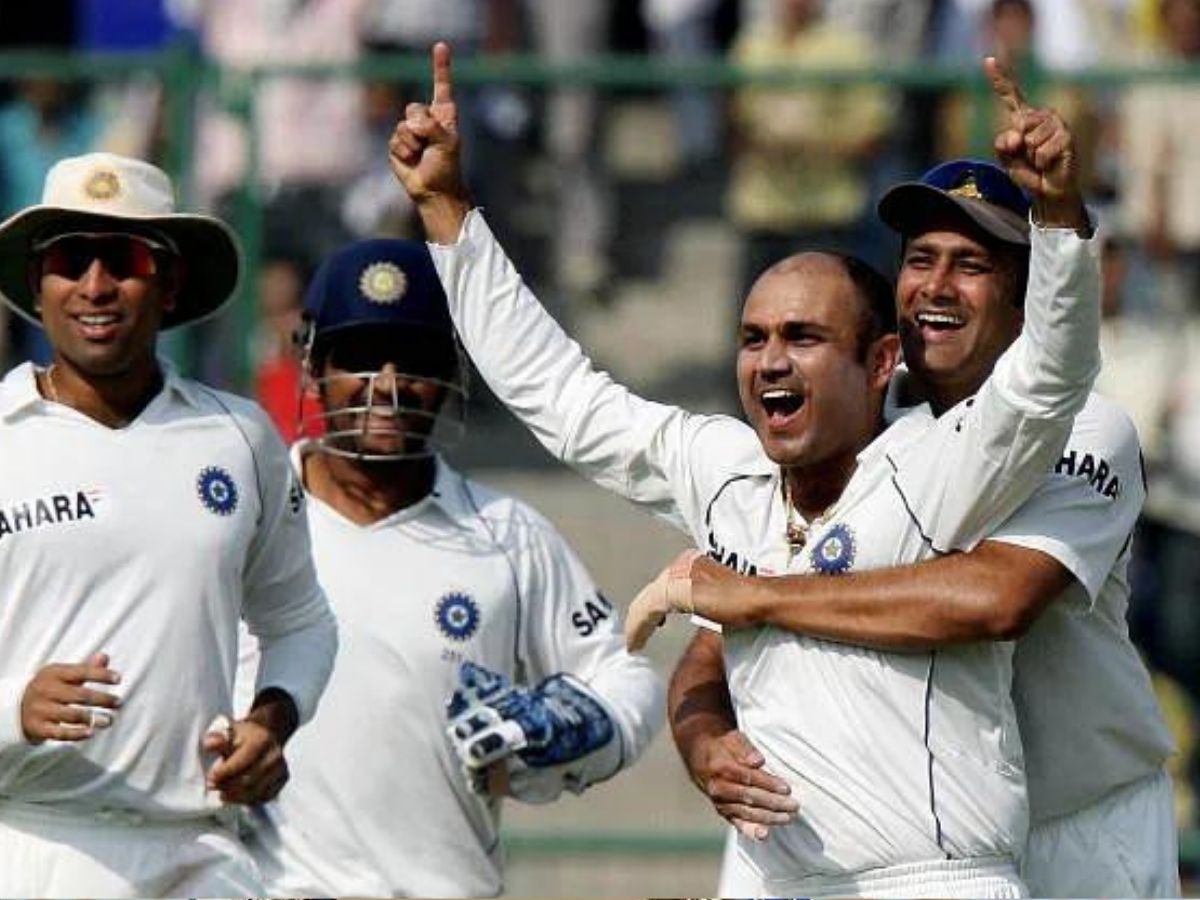 Virender Sehwag heaps praise for how Anil Kumble saved his and Harbajan’s cricket careers by giving them the confidence and backing them up when they were out of favor with the selectors during the 2007-08 Australia tour.

The former opener Virendra Sehwag is one of the best opening batters to play for the Indian national team. His aggressive attacking power is what sets him apart from the rest. Despite the Delhi-born scoring two triple-centuries in the longest format of the game, He was dropped following the World Cup 2007 incident. The player was barred from playing a test match for a year.

“Suddenly, I realized I was not part of the Test side; it hurt. I would have ended with 10,000+ Test runs had I not been dropped for that period,” said Sehwag on Sports18 show ‘Home Of Heroes’.

The right-hand batsman was thinking about retiring from the sport but thanks to Sachin Tendulkar and Anil Kumble’s efforts that didn’t come to fruition.

” I was planning to retire in 2007 when dropped from the team but Tendulkar stopped me from doing so.” Sehwag told to Zee News (2015).

“Score A Fifty And You Will Be Picked In The Side”: Anil Kumble To Virendra Sehwag

In the 2007 World Cup tour, Sehwag did not feature in the first two Tests, which India lost. This was a pivotal moment for the Nawab of Nazafgarh, the then-captain told him these words during a practice match prior to the third Test match in Perth.

“ Score 50 in this game, and you’ll be selected for the match in Perth,” said Anil Kumble

On the big day, Sehwag had scored a ton before lunch in the match against ACT Invitation XI. Sehwag then played in Perth, gave a good start at the top in both innings, and took two wickets. India defeated Australia by 72 runs. Sehwag’s best innings (151), though, came in the fourth Test match in Adelaide, After scoring 63 in the first innings he announced his arrival by scoring a match-saving 151 in the second, which helped India preserve the contest.

“Those 60 runs were the toughest I scored in my life. I was playing to repay the faith Anil _Bhai_ put in me. I did not want anyone to question him for bringing me to Australia. I was focused on the striker’s end; on the other end, I spoke to the umpire, humming my favourite songs. The pressure was gone,” said Sehwag.

Sehwag’s Secret to a Successful Career

One thing we can say for sure Kumble aided in the revival of his career. Following the trip, Kumble made a pledge to Sehwag, “As long as I am the Test team captain, you will not be dropped from the side,” Sehwag recalled Kumble making him the promise. “That’s what a player yearns for the most, the confidence of his captain. I got that from Ganguly in my initial years and from Kumble later,” Sehwag said on Sports 18.

The World Cup of 2007 Andrew Symonds and Harbajan Singh Incident

During the Sydney Test in 2007-08, Harbhajan Singh and Andrew Symonds were involved in a heated argument. Symonds had alleged that Harbhajan made racial slurs, and this saw Harbhajan receiving a ban. Although it was overturned, India had indeed talked about returning home as they thought the ban was unfair.

“If Anil _Bhai_ had not been the captain, the tour would have discontinued, and probably Harbhajan Singh’s career would have ended too,” said Sehwag.

Sehwag went on to play seven test matches under the leadership of the Kumble averaging more than 62 after the Australian Tour.

Mumbai Indians and Chennai Super Kings fans will be proud to see if RCB does well in the playoffs: Dinesh Karthik