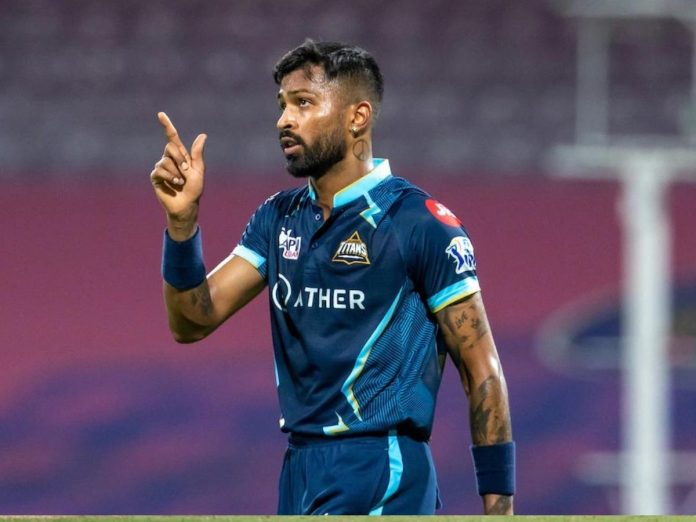 Hardik Pandya was the happiest person on the ground after his side lifted IPL 2022 trophy. But, he revealed his biggest goal is to lift the ICC trophy in the blue jersey. The right-handed batsman emerged Man of the Match for taking three wickets and scoring a special knock of 34 runs in the final against Rajasthan Royals.

Hardik Pandya has gone through several ups and downs in the last 24 months as far as his cricket career is concerned. He didn’t have a good T20 World Cup 2021 and was dropped from the national squad. Also, he was released by Mumbai Indians ahead of IPL 2022 Mega-Auction.

Hardik Pandya talks about the bigger goal after IPL 2022 victory

However, things for Hardik Pandya started falling at places after he was picked by GT as their skipper. He led the side from the front and guided GT to its maiden IPL trophy in its debut season.

Post-match, Hardik Pandya said that he is ready to give his best for India going into the mega-event. As per Indian all-rounder, his main goal is to lift the World Cup trophy by donning the blue jersey.

“Absolutely to win the World Cup for India no matter what happens,” Hardik said. “I am gonna give it everything I have. Always been the kind of guy to put the team first. For me, the goal will be simple: to make sure my team gets it the most.”

“Playing for India has always been a kind of dream come true no matter how many games I have played. It has always been a pleasure for me to represent the country. The kind of love and support I have got it is only from the Indian team’s point of view. Long term, short term, I want to win the World Cup no matter what happens.”

Hardik Pandya is one of the rarest players on the planet to have won five IPL trophies. He won four titles during his association with Mumbai Indians followed by one with his new franchise Gujarat Titans. After becoming the title-winning skipper, Hardik asserted that his last four titles were equally and not just with Gujarat Titans.

“This title is going to be a special one because we talked about creating a legacy. The coming generations will talk about it,” Hardik said. “Everyone will remember this was the team who started this journey and to win the championship first year is very special,” he added.