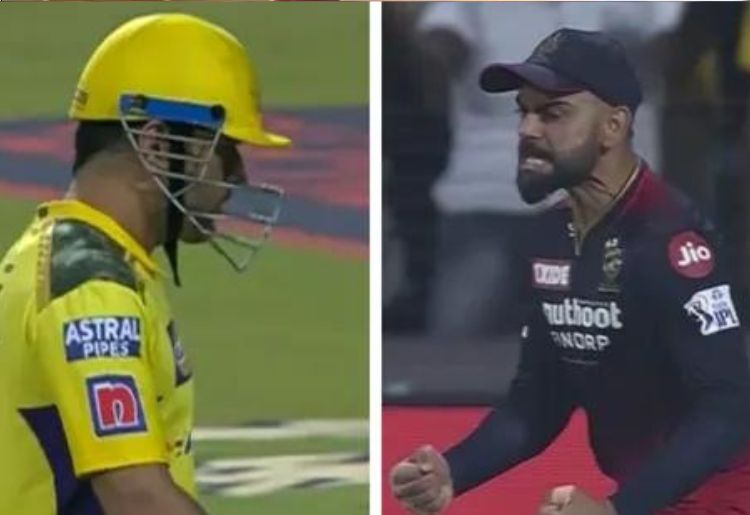 Virat Kohli’s poor batting form continues as he scored 30 runs off 33 balls against Chennai Super Kings in the 51st IPL game. But, he has made his on-field presence felt with his motivation and aggressive celebration. But, this time Kohli has been facing the flak from every nook and corner for using bad words after the dismissal of MS Dhoni in the match.

Royal Challengers Bangalore did really well against Chennai Super Kings and returned on the winning ways. They thrashed defending champions by 13 runs and moved to the 4th position in the points table. Harshal Patel took three wickets and won the Man of the Match award.

However, one of the most important wickets in the match was taken by none other than Aussie pacer Josh Hazelwood. The former Indian cricketer didn’t time the ball well and he was caught by RCB’s Rajat Patidar.

RCB started the celebration after MS Dhoni’s dismissal. Meanwhile, Virat Kohli, who was fielding near the boundary line raised his fist in the air and used a bad word. But, this didn’t go down well with the netizens on the micro-blogging site. He was criticized for his reaction by cricket fans from every nook and corner.

Here is How Fans Reacted: