I Still Have Aspirations to Play White-Ball Cricket: Cheteshwar Pujara 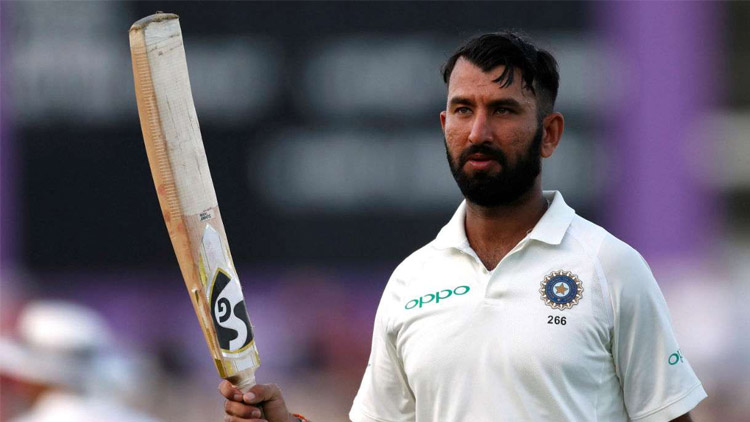 Cheteshwar Pujara, the Indian Test specialist has revealed that he still has the aspiration to play white-ball cricket for Team India. He was in top form in the recently concluded Test series against Australia. His stellar show with the bat helped Team India in clinching a historic series win against kangaroos.

Pujara took more than 10 blows on the body while batting on crucial Day-5 against in Brisbane against Australia. He showed a brilliant example of resilience and didn’t give a scope to the Aussie bowling unit. Although, he failed to score a single-ton in the series. But, he still managed to pull off some of the exceptional knocks of his career that set the winning stage for Team India. Moreover, he very well fills the gap left by regular Indian skipper Virat Kohli.

Cheteshwar Pujara Reveals His Aspiration As A Batsman

After returning from a historic tour, Cheteshwar Pujara has shared his aspiration. The right-handed batsmen stills want to represent Team India in white-ball cricket. As per him, not being able to play in IPL has left him with less match practice Meanwhile, he also has to compete with other players that are in regular touch.

“I still have aspirations to play white-ball cricket for Team India, there’s no doubt about that,” Pujara told Boria Majumdar on Sports Today’s Youtube Channel. Meanwhile, he confessed that not being part of India’s limited-overs sides and not featuring in IPL regularly left him short on match practice as India geared up for the Australia tour. Yes, at the same time it becomes difficult when other guys are getting some match practice,” he said referring to his colleagues’ appearance in IPL 2020 in UAE.

However, Pujara also looked happy with the way he has performed against Australia in Australia. As per him, it was quite difficult to perform against a bowling unit that has come up with stiff planning.

“Credit also goes to the Australian team because they did a lot of homework on what I did on the last series there. It wasn’t easy to break that gameplan but after a couple of Test matches I found my rhythm, concentration back, I trusted what I was doing and I was able to score runs in the last two Tests,” Pujara said.