After a very long time, Umar Akmal has succeeded in making his come back to the Pakistan cricket team. Fans were expecting great things from this talented batsman as he was selected for three-match T20 series against team Sri Lanka. It was a great chance for him to impress the selector and secure a place in the squad of the upcoming series against Australia.

Nonetheless, all the hopes and dreams are lost when he got out on golden ducks (making no runs) on the first balls of his innings consecutive two times against Sri Lanka, a side in which most of the main players were missing. Another plus point for him was to play on his home grounds.

Umar Akmal scored 1690 runs in 84 T20 matches with the 122-strike rate and eight 50s are scored by him with his 94 best scores in his all T20 matches. He now shares the unwanted record with Tillakaratne Dilshan after getting his 10th golden duck in the T20 format. People accuse him as he has wasted his great talent by giving his low performance nearly in every match.

He has huge fan list all over the world due to his unique talent and they baked him when again, he secured his place in the team by arguing that Akmal was performing well in the home cricket, foreign T20s and PSL. When fans got disappointed after seeing his continuous poor performance getting two golden ducks they got frustrated and trolled him as to release their tensions. Umar Akmal was renamed ‘Umar Duckmal’ after getting duck two times consecutively. The fans that loved him and baked him on getting back to the team, in frustration they started trolling of Umar Akmal on Twitter.

I dedicate this performance to our head coach and chief selector Misbah… Umar Akmal ???#PAKvSL pic.twitter.com/04fiiExYuW

Back to back golden ducks for Umar Akmal! The most disastrous of all comebacks… #PAKvSL pic.twitter.com/QfDG2MS2VU

Pakistan trying with the has beens haven’t worked – Ramiz Raja ?

Pakistan lost two of the three matches in this series against Sri Lanka. In the first T20 on October 7, Green Shirts lost by 35 runs while chasing 183 run targets, as Nuwan Pradeep got four Pakistan batsmen and Hasaranga got three wickets only in one over. Imad topped the scoreboard with 47 runs for Pakistan.

In the third T20 match, Sri Lanka put 147 on the board. Chasing for Pakistan again, was a nightmare, Sri Lanka won the game by 13 runs, as Wanindu Hasaranga picked 3 wickets and batting of Pakistan, again, failed. 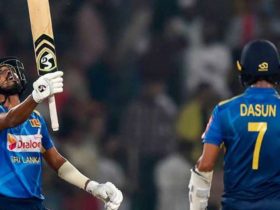 Around the globePAK vs SL 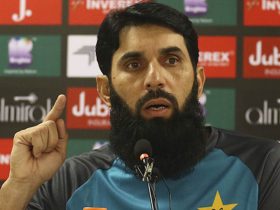