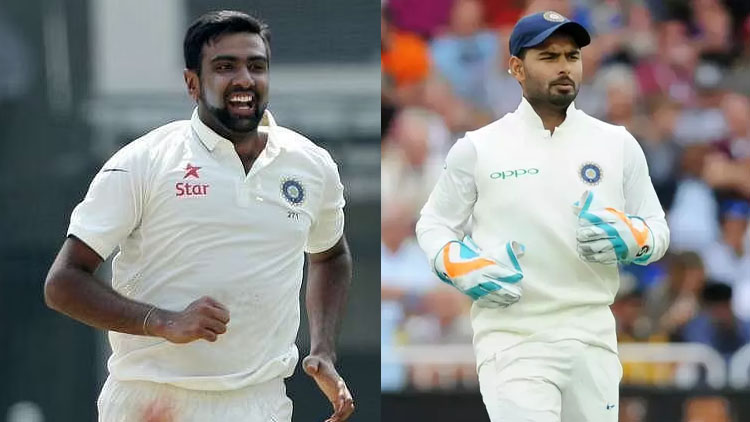 ICC has nominated Indian wicketkeeper Rishabh Pant and senior spinner Ravichandran Ashwin for the newly introduced Player of the month award for giving extra-ordinary performances in the recently concluded Border-Gavaskar series. Mohammed Siraj and T Natarajan are the other players in the line of nomination.

ICC has recently introduced the Player of the month award for the players, who will give extra-ordinary performances in that particular month. The cricket body will announce the results on the second Monday of every month. The audience will get an opportunity to vote and make their favorite player win in the match. But, they will have a share of only 10% share in the voting. Meanwhile, there will be a team assigned comprising of former players, broadcasters, journalists who will pick the best player out of the whole lot.

Also Read: Virat Kohli Will Always Be The Captain Of The Test Team: Ajinkya Rahane

This month Rishabh Pant, Ravichandran Ashwin, Joe Root, Mohammed Siraj, T Natarajan, Steve Smith, R Gurbaz, Marizanne Kapp, and Nadine de Klerk have been nominated for this list. Rishabh Pant gave a brilliant performance in the final two Tests with the bat. He dramatically won a crucial game for Team India in Brisbane on Day-5. On the other hand, Ravi Ashwin grabbed a total of 12 wickets with the ball. Joe Root smashed a world-class knock of 186 runs against Sri Lanka, Steve Smith also scored a good ton in the Border-Gavaskar series.

Geoff Allardice, ICC General Manager Cricket said that this is one of the ways to connect with the fans. Also, it will be a great motivation for the players in the male and female category.

“The ICC Player of the Month is a great way to connect with fans of the sport and celebrate performances of their favorite players through the year. “

“It gives us all an opportunity to acknowledge world-class performances on the field by male and female cricketers and they have been in abundance throughout January.”