Virat Kohli Will Always Be The Captain Of The Test Team: Ajinkya Rahane 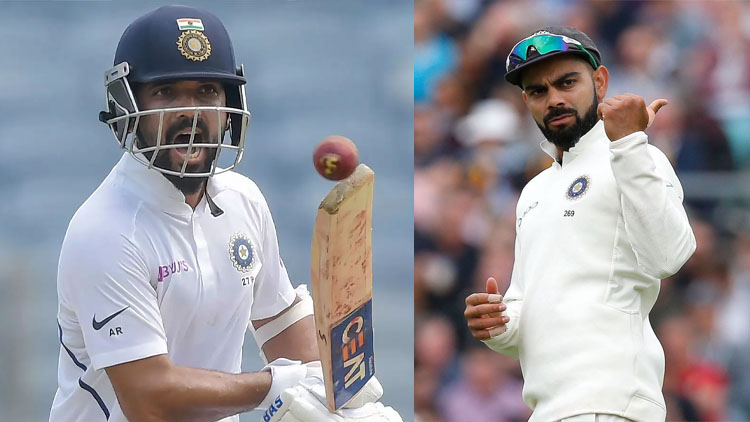 Indian cricket team defeated Australia in the recently concluded Test series by 2-1. It was a historic win for the visitors as this was their third consecutive Border-Gavaskar series win over Australia. For the visitors, it was a difficult series as they had lost the services of their regular skipper Virat Kohli and bundle of frontline bowlers. After the conclusion of the series, stand-in skipper Ajinkya Rahane received praise from every nook and corner. The series win also led to a comparison between Kohli and Rahane. However, now, the latter himself has cleared that the former will always remain the Test captain of Team India.

Virat Kohli is the regular Indian skipper, who helped Team India in winning the first-ever Border-Gavaskar series back in 2019-20. He returned to India mid-way from Australia to be with his wife for the birth of his first child. And, Ajinkya Rahane was appointed as the stand-in skipper of Team India. He gave significant results and led India furiously to their 2nd consecutive Test series win in Australia.

During an interview, Ajinkya Rahane clearly said that Virat Kohli will always remain the skipper of the Test side. He added that it was his duty to lead the side on all-fronts in the absence of the 32-year-old. Rahane also added that he has a good relationship with Kohli as they have stitched several memorable partnerships on the field. Also, they speak to each other whenever they try to play rash stroke while batting.

“Nothing changes. Virat was and will always be the captain of the Test team, and I am his deputy. When he was absent it was my duty to lead the side and my responsibility to give my best for Team India’s success,” Ajinkya Rahane said as quoted by Sportskeeda.

“He has time and again praised my batting. Both of us played memorable knocks for our team in India and overseas conditions. It only helps that Virat comes at No.4 and myself at No.5. We have had a lot of partnerships. We have always backed each other’s games. When we are at the crease, we discuss threadbare about the opposition’s bowling. We caution each other whenever one of us plays a rash shot,” Rahane reckoned.

“When I was going through a bad patch, my captain boosted my morale. It’s always comforting to know that you have his backing, and you are then focused on giving your best without any worries,” India’s vice-captain concluded.