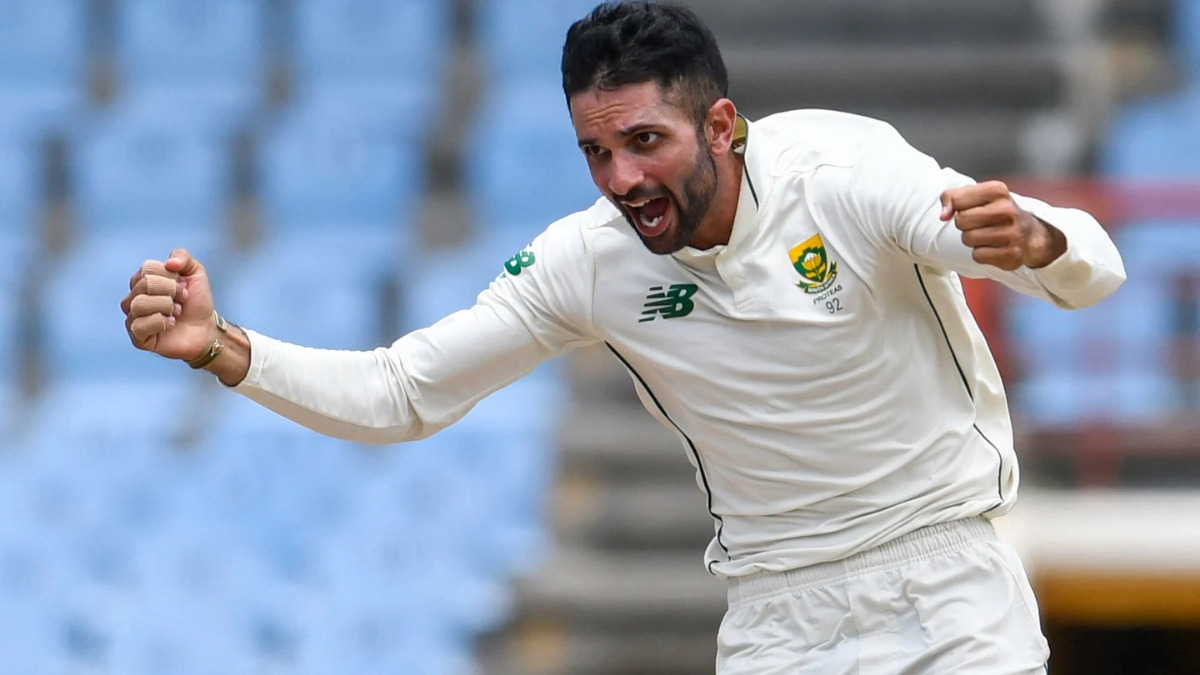 June 21 turned out to be a historic date for the South Africa cricket team as they managed a big victory by a margin of 158 runs. This is their first away series win in the past four years. It was a big day for South Africa as they finally finished their drought of winning an away series. Along with the South Cricket team it was a special day for Keshav Maharaj, who took his career’s first hattrick in international cricket. And, the reaction of Proteas players was simply unbelievable.

South Africa cricket team required all 10 wickets on the final day of the game to win the 2nd Test against West Indies. Although, it was a difficult task for the visitor to grab all the wickets of the hosts. But, Proteas bowlers did an amazing job and helped their side in winning the game on the final day.

While chasing a mammoth target of 323 runs, West Indies lost their first wicket at a score of 16 runs of skipper Kraigg Brathwaite followed by the wicket of experienced batsman Shai Hope on 26 runs. The hosts were simply set on the backfoot before. Kagiso Rabada opened the account for the visitors and grabbed the first two wickets for his team.

Meanwhile, Keshav Maharaj, the star off-spinner from South Africa was putting pressure on the host’s batsmen by bowling on the perfect line. From West Indies, Kieran Powell gave a tough fight to Proteas bowlers before he was dismissed at his individual score of 51 runs by Keshav Maharaj.

He was simply at his best with the ball and dismissed Jason Holder on the very next delivery of his over. He was on the verge of creating history playing for South Africa. With two wickets in two balls, Maharaj didn’t allow the opportunity to slip from his hands of taking a hattrick in the Test cricket. He bowled a brilliant off-spinner against Joshua Da Silva, who tried to smash a boundary in the third men region. But, he ended up kicking the ball that directly traveled to the fielder standing at the short third men.

It turned out to be a historic moment for the Proteas spinner, who celebrated his achievement in the best possible way. He took a five-wicket haul in the game against West Indies in the 2nd innings and became the first player to take a hat-trick in Test cricket from South Africa.