Why Team India will Fail in WTC Final against New Zealand? 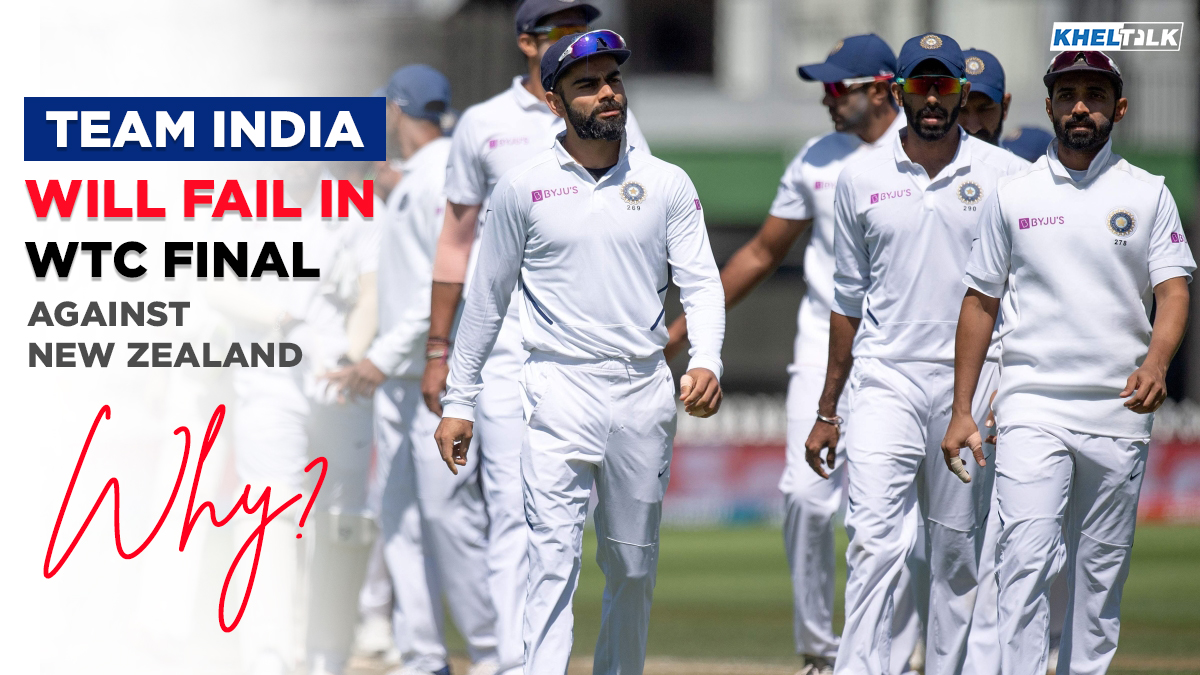 India is one of the best teams in international cricket. They boast a strong bowling line-up in the presence of bowlers like Jasprit Bumrah, Ishant Sharma, Mohammed Shami, Bhuvneshwar Kumar, and others. On the other hand, no question can be raised on their batting line-up that comprises of players like Rohit Sharma, and Virat Kohli. They have a long list of match-winners that can any day win games for the team.

Indian cricket team has performed exceptionally well in international cricket in the last decade. But, if we have a look at Team India’s past six-year record in ICC events then we will come to know that they are the new chokers in the making. They have lost two big finals and three semi-finals in an ICC-organized tournament.

Team India have suffered defeat back in 2007 in a World T20 league match that was played at Johannesburg followed by their defeat in the 2016 T20 World Cup, 2019 50-over World Cup, and WTC two-Test series in New Zealand.

Team India’s record in the past 6 years in ICC events shows that they choked in important games like semi-finals and final.

Team India’s performance in the league stage of all the last six ICC events was quite brilliant. But, they failed in sustaining the pressure of the semi-finals and finals in the past six ICC events. Interestingly, in the presence of players like Rohit Sharma, Virat Kohli, MS Dhoni, and others they ended up losing on all the occasions.

Team India choked 5 times in the past 5 ICC events as they lost two finals and three semi-finals. Adding more to India’s misery, they have not managed a single win against New Zealand in an ICC event in the past 17 years. And, there is no doubt over the fact that Virat Kohli & Co. will be under the immense pressure of winning the ICC trophy and finish their six-year-long drought.

Indian cricket team will have to produce exceptional performance in order to grab a win against an in-form side of New Zealand, who recently defeated England on their own soil in a two-match Test series. The game is set to begin on 18th June 2021 at The Ageas Bowl in Southampton.

India lost the semi-final game against New Zealand by 18 runs.

Team India’s performance against New Zealand in ICC events in the last 17 years:-

In the year 2020, New Zealand clean-swept Team India in a two-match Test series that was part of the World Test Championship

The aforementioned stats shows that Team India has struggled to perform in crucial games of ICC events. Meanwhile, they have miserably failed against the New Zealand cricket team. And, if the same trend has to be taken into account then there is more probability of Team India losing the World Test Championship final at Southampton.