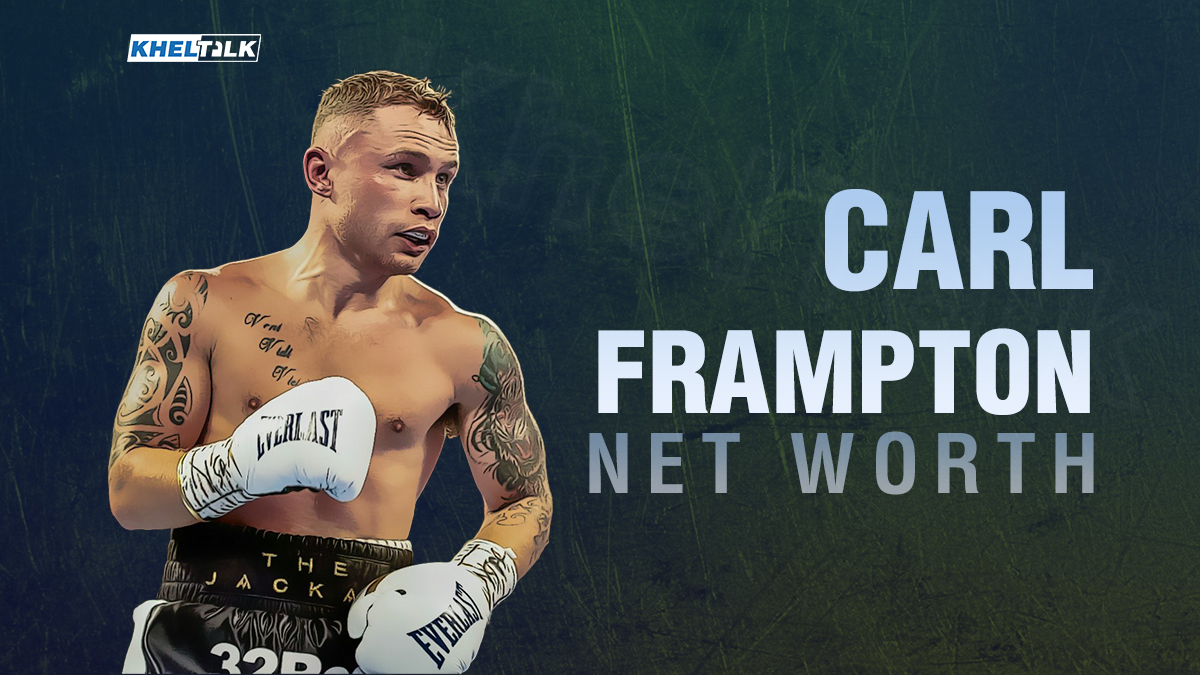 Carl Frampton is a former professional boxer who has held multiple championships. He was born on February 21, 1987, in Belfast, Northern Ireland. Davis has competed in the Super-bantamweight, Featherweight, and Super-featherweight divisions.

Carl Frampton has also participated in amateur Boxing before going professional. While an amateur fighter, he has represented Ireland in the European Champions, winning a silver medal.

In this article, we will have a look at Carl Frampton’s Salary, Net Worth, Personal Information, Family, Career details, Controversies, FAQs, etc

Net Worth: Carl Frampton’s net worth is reported to be between $2-4 million. He has earned his net worth through endorsements and professional boxing.

The boxer endorses the following brands:

The boxer reportedly lives in Belfast, Ireland. The locality of his home is not known to the public.

Amateur Boxing:  Carl Frampton started practicing around 2004/2005. He would fight out of the Midland Boxing Club and win the Flyweight and Featherweight Championships. He also managed to win a silver medal in the European Championships in 2007. After this, his interest grew towards professional boxing.

Professional Boxing:  Carl Frampton made his professional debut on June 12, 2009, against Sandor Szinavel in Liverpool. He would win the match by knockout in the second round.

He had 5 matches in 2010 and he managed to win all of them. This included the match against Gavin Reid on December 3, 2010. On that day, Frampton would win his first title in professional boxing by knocking out Reid. Hence, being crowned the British Celtic super-bantamweight Champion.

On September 10, 2011, Carl Frampton would add the Commonwealth Super-Bantamweight title to his collection. He beat Mark Quon to win the title. By this time Frampton had an 11-0 Streak in professional boxing.

On September 22, 2012, The Irish boxer would win the vacant IBF Inter-Continental super-Bantamweight Championship. He beat Raul Hirales Jr. to win the title by the judge’s decision. This would also mean that he extended his streak to 14-0.

In 2016, Frampton shifted to the featherweight category.  The Irish boxer won the WBA Featherweight Championship in his first fight in the new weight division by beating Leo Santa Cruz. This would mean he increased his winning streak to a whopping 23-0.

The two would battle again on January 28, 2017, where Carl Frampton would suffer his first loss in Professional boxing. Owing to this, Leo Santa Cruz regained his title.

Carl Frampton’s last boxing match would be against Jamel Herring on 3rd April 2021. The bout was for the WBO junior lightweight title. Frampton gave his full effort but was knocked out in the 6th round of the fight.

He retired from boxing after the match. This record in professional boxing reads 28-3 in 31 fights.

In Amateur Boxing: (all in Welterweight division)

Christine Frampton: She is the beautiful wife of boxer Carl Frampton. Born in Belfast, Ireland, Christine first met her husband at a pub during his amateur boxing days.

Christine has a degree in ‘criminology with criminal justice’ from Queen’s University. The couple got married in 2013 and are still together. They have two children together. A boy named Rossa and a girl named Carla. Carl has credited her for the success in her career as she has always stood by him.

Hotel Controversy: The Boxer broke his hand before his fight against Emmanuel Dominguez. The “freak accident” occurred after a large ornament fell on his hand in the hotel lobby. Initially, people refused to believe his story. But he then shared the picture of his swollen hand on social media sites and ended the controversy.

Split with McGuigans: Frampton sued his former promoter Barry McGuigan and Cyclone promotions in 2017. The boxer claimed that Cyclone promotions had withheld money over purse fees, broadcasting rights, ticket sales, and merchandising. Eventually, the matter ended in a settlement.

After the settlement, Carl Frampton said that he was very close to the McGuigan family but he now hates them.

The boxer is active on Social media as well. The following are his social media handles:

Q- What is the name of Carl Frampton’s wife?

Her name is Christine Frampton

Q- When is Frampton’s next fight?

He has retired from Boxing

Q- Against whom did Carl Frampton make his boxing debut?

He made his professional debut against Sandor Szinavel in 2009.

The fighter lives in Belfast, Ireland.

Q- In which weight categories has Carl Frampton fought?

Q- Has Carl Frampton competed in the Olympics?

No, he has not competed in the Olympics