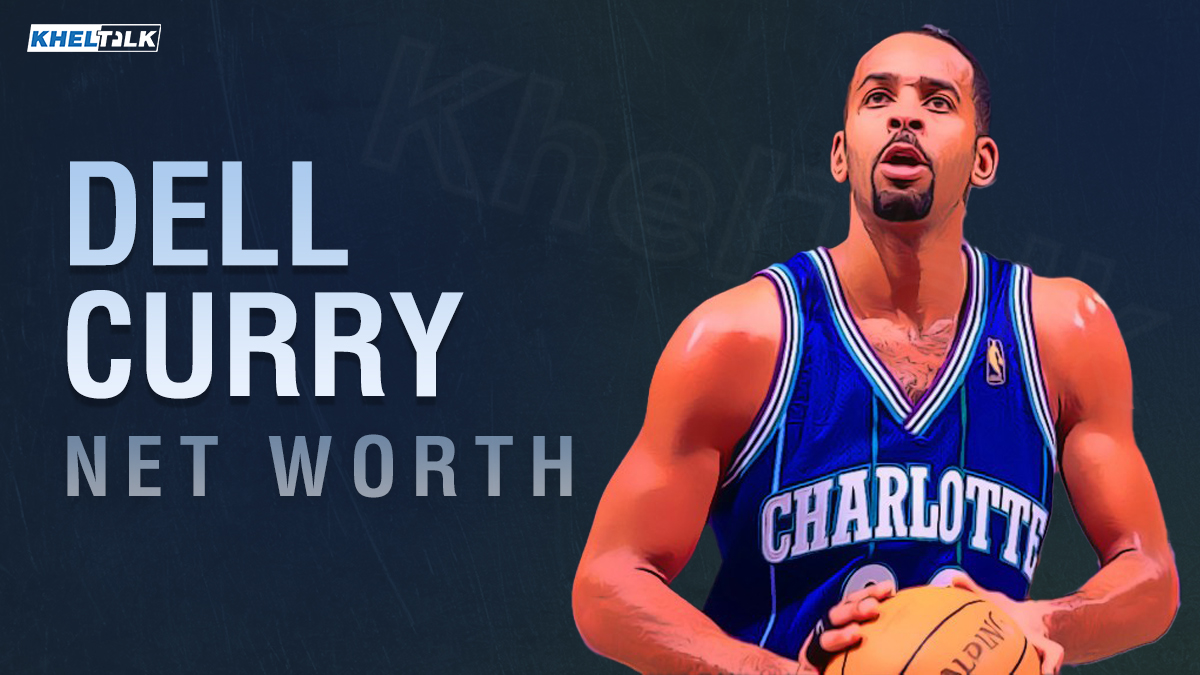 Wardell Stephen “Dell” Curry is a former Basketball player who played in the NBA from 1986 until 2002. He is a legend of the NBA team the Charlotte Hornets, where he finished as the all-time top scorer of the team. He is the father of current NBA stars Stephen and Seth Curry and currently works as a color commentator for the Charlotte Hornets.

Dell Curry was around one pick in the 1986 NBA draft and was picked up by the Utah Jazz. His playing position was the Shooting guard. Dell Curry retired in 2002, playing for the Toronto Raptors.

Dell Curry’s Net Worth is estimated to be around $8 million in 2021.

The complete details of his salary is not known but the details from his final contract at his various teams:

His salary at Jazz Utah and Cleveland Cavaliers is not known.

Dell Curry represented the following teams in his NBA career:

College Career: Curry was a four-year starter at Virginia Tech where he did his college. During his stint, The Hokies appeared in the National Invitation Tournament in 1983 and 1984, finishing third in the 84′ season. Dell Curry finished his Virginia Tech career with 2,389 points and 295 steals which are still the top records in the college.

Utah Jazz: Dell Curry was selected by the Utah Jazz in the 1986 NBA draft. He was the 15th overall pick in the first round of the draft and spent one season at Utah. At the end of the 1986-87 season, Curry was traded to the Cleveland Cavaliers.

Cleveland Cavaliers: Dell Curry just spent one season with the Cavaliers, playing 79 games before leaving the team and moving on to a new franchise at the end of the 1987-88 season.

Charlotte Hornets: Dell Curry was selected by one of the NBA’s newcomers the Charlotte Hornets in the expansion draft for the 1988-89 season. Curry spent 10 seasons in Charlotte before leaving the franchise in 1998 as their all-time statistical leaders in points, games played, three-point field goals made and attempted.

Curry was mostly utilized coming off the bench to provide instant offense, three-point shooting. He was a regular in the discussions for Sixth Man of the Year and even won the award in the 1993–94 season. Upon departing the Hornets, he was the last player remaining from its inaugural season 10 years earlier.

Milwaukee Bucks: On departing the Hornets in 1998, Curry played one season at the Milwaukee Bucks playing 42 games for the franchise in the meantime.

Toronto Raptors: Dell Curry spent his final three seasons in the NBA playing for the Canadian side, the Toronto Raptors. In his final season, he averaged 6.4 points per game and mostly played from the bench.

The following are Dell Curry’s Stats from the NBA,

Dell Curry won the following awards during and after his playing career:

The following are some personal information about the former NBA player Dell Curry:

Wife: Dell Curry married his college sweetheart Sonya Adams in 1988 and the couple stayed together for 33 years before finally separating in August 2021. The couple seemed very close and they even founded the Christian Montessori School of Lake Norman, a preschool in Huntersville, North Carolina in 1995.

After their divorce, both of them blamed the other for cheating on their significant half which in turn ended their 33-year marriage.

Seth Curry, his second son also plays in the NBA and represents the Philadelphia 76ers. His daughter, Sydel played volleyball at Elon University and has also appeared on the American TV show Say Yes to Dress !

Dell Curry’s divorce to his wife and college sweetheart Sonya Adams was controversial as the couple ended their marriage after staying together for 33 years.

In the court, both of them blamed the other for infidelity. Dell Curry blamed Sonya of allegedly having a relationship with NFL star Steven Johnson. Sonya denied this and said that the relationship started after the couple had mutually agreed for the divorce and then blamed Dell Curry for having extramarital affairs. She said Dell was unfaithful throughout their marriage with different women and his infidelity was well known to family and close friends.

Yes, Dell Curry was a good basketball player. He had his best years with the Charlotte Hornets.

No, comparatively Stephen is better than his father and he has also won 3 NBA titles

Q. Do Dell Curry’s children play in the NBA?

Q. Is Dell Curry a hall of Famer?

Dell was inducted into the Virginia Sports Hall of Fame in 2004, but he is not an NBA Hall of Famer yet.

Q. When and where did Dell Curry start his NBA Career?

Dell Started his NBA career as a draft pick for the Utah Jazz in 1986.

Q. Did Dell cheat on his wife?

After their divorce both Dell and his wife, Sonya accused each other of infidelity with Sonya claiming that Dell had cheated on her many times over the years.