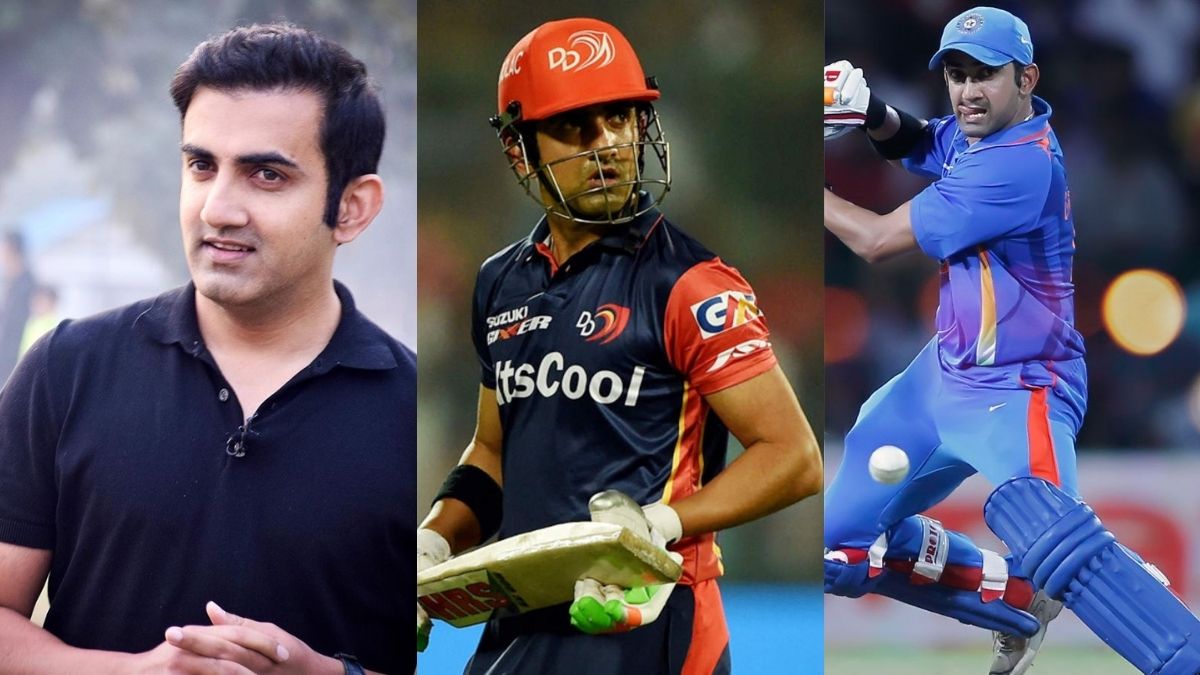 Gautam Gambhir is a well-known figure in both Indian cricket and politics. He is one of the primary reasons for India’s cricket dominance. He was a left-handed opening batsman who captained the Kolkata Knight Riders and Delhi Capitals in the Indian Premier League and played domestic cricket for Delhi.

Deepak Gambhir, a textiles business owner, and Seema Gambhir, a homemaker, were Gautam’s parents but he was raised by his maternal grandparents. Ekta, Gambhir’s younger sister, is two years his junior. Gambhir was adopted by his grandparents eighteen days after birth and has since resided with them. Gambhir began playing cricket when he was ten years old. He attended Modern School in New Delhi and graduated from Hindu College at the University of Delhi.

Gautam became the top-ranked batsman in the ICC Test rankings in 2009. He also won the ICC Test Player of the Year title in the same year. In 2019, the Government of India awarded him the Padma Shri, India’s fourth-highest civilian honor. He joined the Bharatiya Janata Party in 2019 and was elected to the Lok Sabha from East Delhi as a member of the party.

We’ll go through his achievements and records as a member of the Indian Cricket Team, as well as his businesses and, most importantly, his profits and net worth.

Gambhir’s total net worth is estimated to be in excess of $20 million USD, or about 147 crore Indian rupees in Indian currency. The majority of his income and net worth came from cricket. His brand value is also fairly high, and he is often recognized as one of the world’s most respected players. He also earns a lot of money as a sports commentator for a variety of international and national matches. He is also a political leader which adds quite high numbers to his earnings.

Gautam Gambhir Net Worth over the years

Let’s now go into details of Gautam Gambhir’s net worth.

Gautam Gambhir is one of the all-time greats of the IPL. He has achieved everything in the IPL. Whether trophies or getting picked up for record money. He has won 2 IPL trophies with KKR and is one of the main reasons behind the rise of some of the current Indian superstars like Kuldeep Yadav and Surya Kumar Yadav.

Gambhir started his journey in IPL with his hometown team Delhi Daredevils (Delhi Capitals) for 2.9 crores and after spending 3 three seasons, he moved to Kolkata Knight Riders for record 11.04 crores, which made him the highest-earning cricketer in the 2011 IPL season.

He spent 7 years there and won 2 IPL trophies along with a consistent appearance in the playoffs. Those years are considered glorious in Gambhir’s career as he set many milestones with bat and won trophies as captain.

In 2018, prior to mega auctions, Gautam Gambhir requested Kolkata Knight Riders management to release him as he wanted to finish his IPL career at Delhi Capitals. He moved to the Delhi side that season for 2.8 crores and was appointed captain.

But in mid-season, after a series of bad results, Gambhir stepped down as captain and even returned his salary to the team as he wasn’t able to help the team to reach playoffs. This gesture from Gambhir was one of the highlights of his love for cricket.

Gautam Gambhir is one cricketer who is always seen as a serious man. Gambhir had an illustrious career and during that period he was the brand ambassador of many big brands like MRF, Reebok, Royal Stag, etc but after retiring from cricket, he has shifted to politics and is hardly seen endorsing brands. But some of his current brands’ endorsements are

Gautam Gambhir was seen as a very shy personality during his playing days but since turning to politics, he has been very active on social media. He regularly is seen promoting many campaigns and raising his voice for social issues. Apart from this, he also posts many crazy throwback photos of his playing days to his fans.

Gautam Gambhir’s persona is not flamboyant and is seen as a very focused person. His car collection also reflects that. He doesn’t own any big prize tag cars but has some comfy luxurious cars. He got a customized Mahindra Bolero in 2009 from the Mahindra group when he was their Brand, Ambassador.

Gautam Gambhir lives in an 18 Crores worth luxurious Mansion in Rajendra Nagar, New Delhi. Gautam Gambhir is a member of Parliament from East Delhi residency and has a government allotted Bungalow in Delhi but he prefers to live with his family in New Delhi. He owns Plot Number B009 in JP Wish Town, Greater Noida which is worth INR 4 crore, and Plot Number 324 at the 87 Layout of HMDA in Malkapur Village worth INR 1 crore as per his declaration during parliamentary elections in 2019.

Gautam Gambhir’s father was a businessman and surely business runs in his veins. Gambhir is a very successful entrepreneur also. He has invested in many successful start-ups and one of the most recent was FYI Heath in 2020.  Gambhir has also invested 10 Lakhs in HDFC Equity Funds and about 2.5 Crores in Kotak Mahindra Group. Some of his reported investments are

*As per his Declaration during Parliament Elections in 2019

Gautam Gambhir comes from an upper-middle-class Punjabi family and his father was a businessman in Rajender Nagar. He was very shy since childhood but was very competitive on the field. He has been part of many remarkable moments in Indian Cricket and is currently a member of Parliament from East Delhi Constituency.

Gautam Gambhir never made any headlines for his personal life happenings. He had a simply arranged marriage with Natasha Jain in 2011. Gambhir’s father and Natasha’s father were business friends and both families knew each other for almost 30 years. Gautam met Natasha in 2009 and after winning the 2011 World Cup, he decided to marry her in a closed ceremony. He is now blessed with two daughters and happily lives in Rajendra Nagar.

Ans Yes, just after 18 days his maternal grandparents adopted him from his parents.

Ans Yes, just after 18 days his maternal grandparents adopted him from his parents.

Ans No, but he was the top run-scorer in that match.

Ans No, in fact, he rates him as one of the best captains of all time

Q. When was the last time Gautam Gambhir played for India?

Ans He played for India last time in 2016 against  England.

Ans Yes, he is a member of Parliament from the East Delhi Constituency.