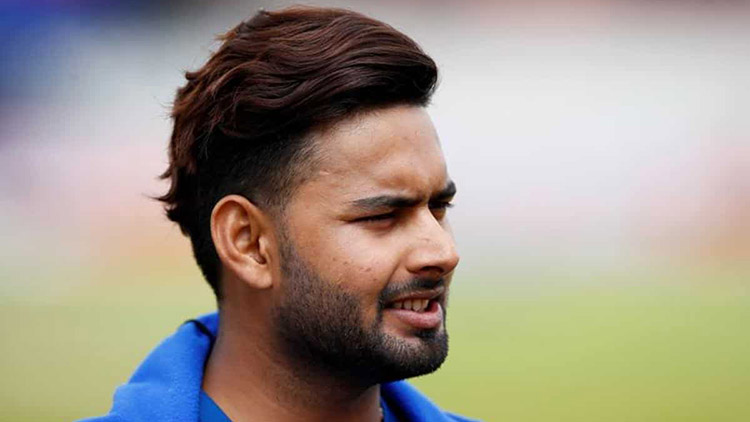 Who is Rishabh Pant?

You may have heard the phrase ‘big things come in small packages’. The saying becomes true looking at what Rishabh Pant, the Indian sensation possesses. Rishabh Pant, a sensational wicket keeper-batsman, whose breaking into the International arena was awaited by his many fans of Indian Cricket.

The fans who have seen him bat during local, India-U19 and IPL were aware of what to expect. They were looking up to him to do the same after donning the National colors.

The time of the young batsman came, and thankfully he did not disappoint. He went on to play in a record-breaking binge to declare the world of Cricket his arrival in style. Up to some degree, he had settled Indian fans’ nerves which were concerned about getting the accurate substitute for MS Dhoni behind the wickets.

Rishabh Pant was born on 4 October 1997 and is a professional Cricketer from India who also plays for Delhi and Delhi Capitals (DC) in the prestigious Indian Premier League. He was named in India’s squad in December 2015 for the 2016 U-19 Cricket World Cup.

On the other hand, he made his Test Cricket debut for India in August 2018, while making his 1st ODI appearance in October 2018. Rishabh Pant was adjudged as the ICC Emerging Player of the Year at the 2018 ICC Awards in January 2019.

Here we’ll discuss everything you need to know about Rishabh Pant.

Rishabh Pant’s full name is Rishabh Rajendra Pant. He was born in Roorkee, Uttarakhand, India. He was born on 4th October 1997. As of 2020, Rishabh Pant’s Age is 23 years old. His Zodiac sign is Libra. He is a Hindu by Religion & Rishabh pant caste is Kumauni Brahmin. He did his schooling from The Indian Public School, Dehradun. In terms of higher education, he went to Sri Venkateswara College, Delhi University, New Delhi where he did his B.Com.

In terms of his physical appearance, he is 5 foot 7 inches tall & approximately weighs around 63kgs. He has Black Coloured eyes & black hair.

Rishabh Pant has a very small & nuclear family consisting of father, mother & sister. His Father’s name is Rajendra Pant & his mother’s name is Saroj Pant. Rishabh pant also has a sister, her name is Sakshi Pant. But sadly his father passes away in 2017 at 53, in his house in Roorkee during his sleep.

Rishabh Pant is still unmarried, thus he has no wife. But he has a girlfriend, her name is Isha Negi. They both have shared their pics together on their social media to confirm their relationship.

Rishabh Pant’s current net worth is around $3.5 million.

He plays for India as well as Delhi Capitals in the IPL. In the Indian Cricket team, he is an A-Class Player which means he has an annual contract of 5 Crores per year from BCCI. Along with that, he is paid 8 Crores per Season in the IPL by Delhi Capitals. He is also associated with brands like Adidas, S.G & JSW Steel.

Here is a list of things that Rishabh Pant really loves.

Here we take a look at his Cricket career –

Here are some key highlights from Pant’s Career-

The U-19 Cricket World Cup has shot many Cricketers to fame, and Rishabh Pant was one of them, just like Virat Kohli. His big blasting way of stroke-making was good enough for selectors to provide him with an IPL contract and soon a First Class Debut.

Here are some records that Rishabh Pant holds.