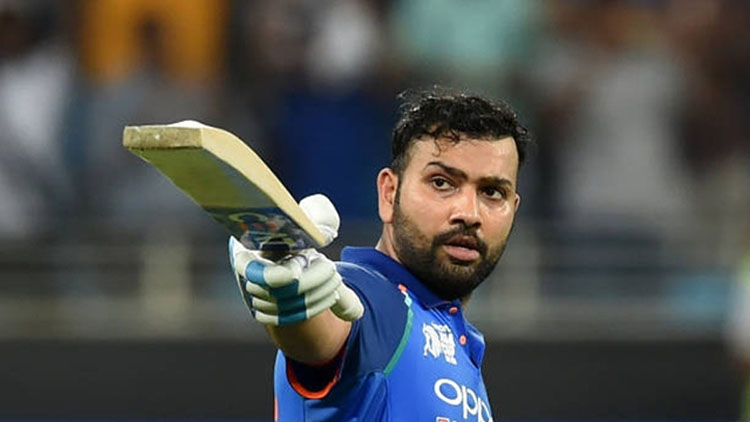 Who is Rohit Sharma?

Rohit Gurunath Sharma is an International Cricket that plays for the Indian Cricket Team, Mumbai in the Domestic Cricket, and Mumbai Indians (MI) in the IPL. He is a right-hand batsman and a part-time off-break bowler.

He is the deputy to Virat Kohli in the limited over formats of the game – ODIs and T20s. He is also the Captain of his Indian Premier League franchise Team, the Mumbai Indians.

Rohit Sharma (born 30 April 1987) is the only batsman in the history to have scored 3 double tons. The International Cricket Council (ICC) recognized him as the ODI Cricketer of the Year in January 2020.

Rohit Sharma actively supports Animal Welfare Campaigns when not playing Cricket. WWF India has made the Star batsman the official Rhino Ambassador. He is also an active member of the People for Ethnic Treatment of Animals (PETA). He has actively been involved with PETA in its many campaigns to increase awareness of the situation of homeless dogs and cats in India.

Rohit Sharma has the record of having scored 3 double centuries as well as a ton in both innings of Test on his debut being an opening batsman. Rohit has made a niche in the World Cricket and commands a massive Net Worth of Rs.130 crore ($18.7 million).

Here is some basic information about Rohit Sharma age, full name, height, date of birth & all the basic stuff.

Rohit Sharma was born in Nagpur to Gurunath Sharma. Rohit Sharma family consisted of father, mother & younger brother. His Father’s name is Gurunath Sharma, he worked as a caretaker in transportation storehouse. His mother’s name is Purnima Sharma. He also has a younger brother who’s name is Vishal Sharma. His uncles and grandparents brought his up in Borivali. He used to visit his parents in Dombivali only during weekends. Rohit began playing Cricket in 1999 with the support of his uncles. On the recommendation of Dinesh Lad, the Coach of Rohit, he was provided with a scholarship at Vivekananda International School.

During his early days in Cricket, he was an off-spinner with nice batting skills. He switched his focus on batting after scoring a century in Harris and Giles School Tournaments. He represents West Zone in the Deodhar Trophy and Mumbai in the Ranji Trophy.

Rohit Sharma married Ritika Sajdeh on 13 December 2015 at Bandra’s 5 Star Hotel, and the wedding was attended by who’s who of Bollywood and Cricket. Ritika was introduced to Rohit by her ‘Rakhi Brother’ Yuvraj Singh. Rohit and Ritika dated each other for 6 years before tying the knot. The couple has a daughter after 3 years in the wedlock that they have named Samaira on 30 December 2018. Both mother and daughter are often seeing cheering for Rohit from stands in India and IPL games. Ritika also manages Rohit’s sports tours and accompanies him at different matches.

On 30th December 2018, the couple was blessed with a beautiful daughter. They named her Samaira. On many occasions, Rohit has been spotted playing with her daughter. He was seen playing with her on the ground after winning the IPL title in 2019. This shows that Rohit and Samaira share a cute little bond.

Rohit Sharma has a massive following on social media. He has over 29 Million followers on Instagram and Twitter combined.

Rohit Sharma Net Worth is estimated to be around $20 Million Dollars. In Indian rupees, it is around ₹ 152 crores.

Rohit Sharma is placed in BCCI’s A+ Grade, and it means that he draws a Salary of Rs.7 crore per year. He also gets Rs.15 lakh for playing in a Test match, Rs.6 lakh in a One-Day match and Rs.3 lakh for featuring in a T20 match by the BCCI. He receives around Rs15 crores from Mumbai Indians in his IPL salary.

Rohit Sharma is a known name in the Indian Cricket, and that makes him endorsing as many as 12 brands and Videocon D2H and Reliance Jio as MI’s cross deals. The independently endorsed brands by Rohit are Lays, Aristocrat, Maggi, Ceat, Relispay, Adidas, Nissan, Restless Energy Drink, Hublot, Oppo and Nasivison Nasal Spray. He is able to get around Rs.7 crore from his independent deals.

The Star of the Indian Cricket currently resides in a 6000 square feet apartment in Worli’s Ahuja Towers – showcasing a 270 degrees view of the Arabian Sea. He has a fully furnished home and is on the 29th Floor. The estimated worth of his Worli home is around Rs.30 crore.

Rohit has a nice collection of cars, and Skoda Laura was the first car that he got, a mid-sized sedan. He also owns a Toyota Fortuner – a car that he uses for daily commutes in and around the City. To be used occasionally, he also owns a BMW X3.

His favorite car is BMW M5 is what he had always dreamed of buying, priced at Rs.1.5 crore. He has the Formula One Version of the car – a popular one among F1 fans in the domain of Cricket. He also has a Nissan (a brand that he is a part of), an Audi, along with a Mercedes.

Rohit Sharma – Other Sources of income at a Glance

Over the years, Rohit Sharma is Indian Premier League’s active member and earns Rs.15 crore from it due to his contract of Mumbai Indians. Other than this, he also continues receiving the bonus for hitting centuries as per the BCCI rules.

Now we take a look at Rohit’s Cricket Career & some of his major cricket stats & cricket Milestones.

For a long time, Rohit Sharma has been actively involved in charity work. Being the Rhino Ambassador and a PETA member, he has also visited Nairobi to check out the way the last surviving Northern White Rhinoceros are being safeguarded. He has also been helping Mumbai kids to undergo successful cancer treatments since 2012.

Some less known and unknown facts about Rohit Sharma