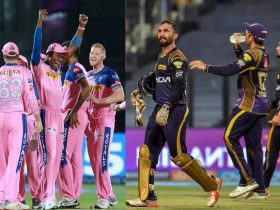 RR vs KKR Live Streaming details IPL 2021, Match 18, When And Where To Watch, TV Channel List, and Timings

The finalist of the IPL 2016 season will face off at Chennai today in match number six of the IPL 2021 season. The orange army will take on Virat and his men in the sixth match of the Indian Premier League 2021 season. RCB and SRH were the finalists of the IPL 2016, and since then, these two teams have an even contest in this cash-rich league tournament.

RCB had a rare opening win in their IPL history. Virat and his men crossed over the last ball against Mumbai Indians in their first game of the IPL 2021 season. But SRH had a ten-run loss against Kolkata Knight Riders in their opening game of this season. The men in orange will want to bounce back from this match to set things right in IPL 2021 season.

Bangalore has presented a firm challenge in front of the defending champions, Mumbai Indians. While MI continued their tradition of losing the first match of the IPL tournament, RCB chased down the runs because of their fab three in the side.

After their experiment to open with Washington failed, it was Virat, Maxwell and ABD, the fab three of RCB batting line up stepped up in this run chase. Virat and Maxwell brought the RCB innings on the right track with a crucial stand, and it was the amazing finish from the South African superstar which gave RCB this brilliant win.

But before all that happened, Harshal Patel dismantled MI’s batting unit with his maiden five-wicket haul in his IPL career. Harshal also becomes the first player to pick a five-wicket haul against MI in IPL, and yesterday, Andre Russell joined this list. Due to Harshal’s brilliance, MI managed only 159 runs on the board, chased on AB DE Villiers’ final delivery.

Now RCB will want to continue the same types of performances. Their batting and bowling were good. But their fielders complemented their bowlers well. RCB will make just one change to their playing XI. Devdutt Paddikal returns to the side after he missed the first game. Paddikal had a good IPL 2020 season in the UAE. RCB will want this opener from Karnataka to do well in this season as well.

RCB will have to drop Rajat Patidar from their playing XI, and they need to move Washington Sundar at his most similar position of number six. Sundar has been the best spin bowling all-rounder, who used to bowl well in powerplay overs. RCB can use this service from Sundar against a top-heavy side of SRH.

SRH will have to come out of their first loss in the opening game against Kolkata Knight Riders. It was their fast bowling department which went for plenty. Bhuvneshwar Kumar, Natarajan and Sandeep Sharma leaked runs for them.

It was Rashid Khan, and Nabi pulled things back a bit. But their batting was also disappointing in that run chase. They missed Kane Williamson in that middle order. Now they need to win this match, and for that, the pace bowlers need to accurate with their line and length. The orange army can’t rely on their spinners to pick wickets every time.

SRH can drop Johnny Bairstow and include Jason Holder in the squad. Bairstow played well, but he didn’t guide the team through the run chase. Jason Holder is an all-rounder, which can give SRH an extra bowling option as well.

SRH can also replace Vijay Shankar. Kedar Jadhav can fit in this side as the middle-order batsman. Jadhav will be more effective in the middle order, and he has more experience than Shankar. Jadhav also can bowl some overs if needed. For India, he was the partnership breaker. SRH hopes that Kedar delivers the same for them as well.

Let’s have a look at SRH vs RCB Live Streaming Details, Channel List

Where To Watch SRH vs RCB Live Streaming

The Live Streaming of the SRH VS RCB match will be available on Hotstar, Live Cricket TV, JIO TV and Ten Sports mobile applications. Fans and Circlet lovers can enjoy the match through the live streaming services. They shouldn’t be sad and dishearten because they cant to the stadium.

When Will SRH vs RCB Toss Will Take Place?

Channel List That Will Broadcast SRH vs RCB Match 6, IPL 2021 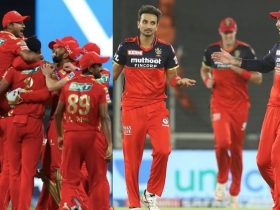 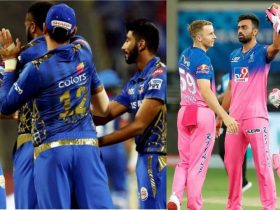 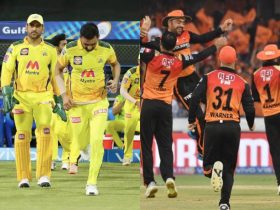 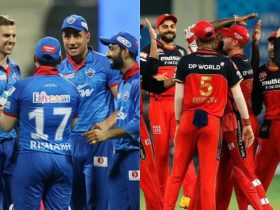