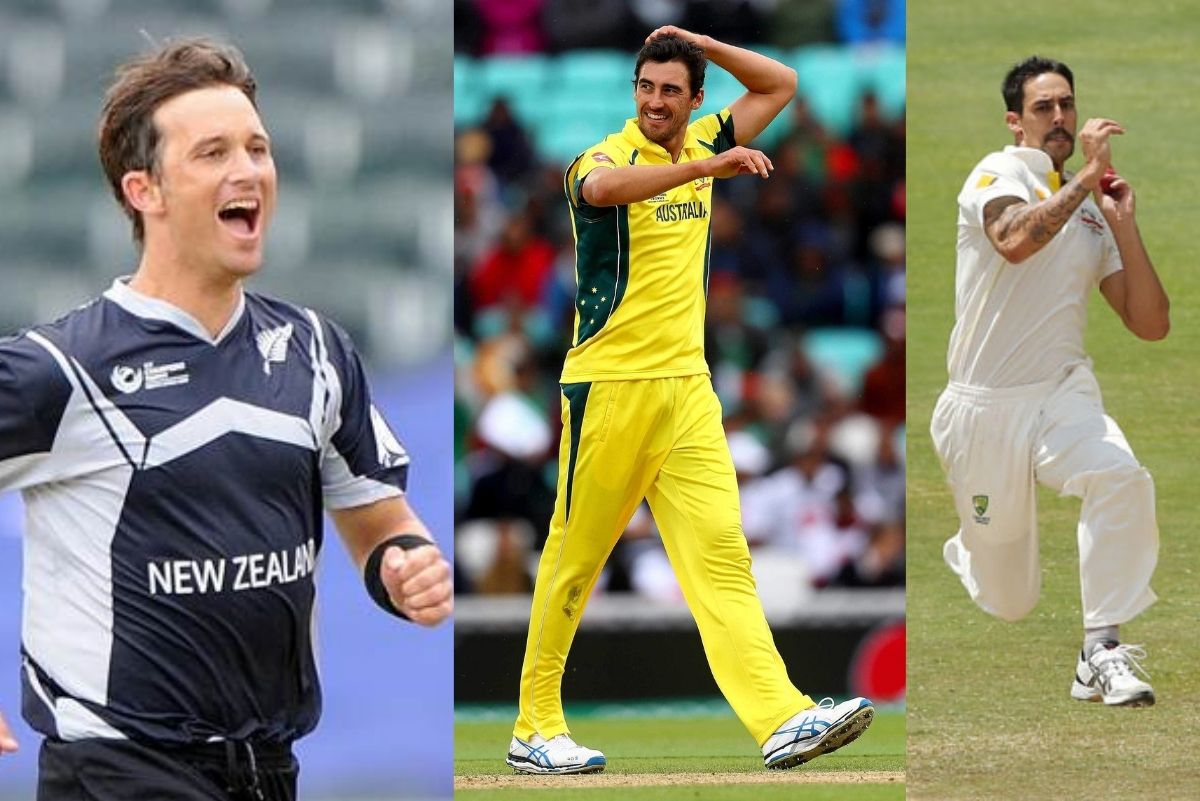 Over the years we have seen a lot of lethal bowlers in world cricket. These individuals have put fear in the heart of the best batsmen out there. Owing to their pace and accuracy, they have certainly hurt quite a few batsmen both physically and mentally!.

In this article, we will look at a few of these bowlers and determine who were the top 10 fastest bowlers in the world of cricket till now. So without any further ado, let’s get into this list:

Fastest Bowlers in the World

Having played between 2001 and 2010 for the Blackcaps, Shane Bond is considered one of the best bowlers from the Island nation. But the bowler’s performances were severely hampered due to an injury-prone career.

Shane Bond has picked up 87 Test wickets, 147 ODI wickets, and 25 T20I wickets for the New Zealand national team. One of his biggest achievements is having the second-best bowling strike rate in test cricket.

Mohammad Sami started his international career to much fanfare as the bowler showed evident signs of pace and swing in his bowling. Owing to this, Mohammad Sami was called “the modern Malcolm Marshall” by Imran Khan

The Pakistani bowler picked up 85 Test wickets, 121 ODI wickets, and 21 T20I wickets in his international career. Sami’s greatest ability was his quick action and his ability to swing the ball at a high pace.

The fearsome Australian pacer is regarded as one of the best to ever play the game. Having made his debut for his national team in 2005, Johnson had a wonderful career spanning 11 years.

Mitchell Johnson took 313 Test wickets, 239 ODI wickets, and 38 T20I wickets for the Australian national team. Regarded as one of the best fast bowlers, Johnson made a resurgence in the latter part of his career by focusing on his line and length.

The Barbadian pacer has been a prominent part of the West Indian bowling attack over the years. Owing to his prowess, Edwards was brought back into the West Indies side in 2021 after a gap of 8 years.

Fidel Edwards has picked up 165 Test wickets, 60 ODI wickets, and 20 T20I wickets for the West Indies. The bowler is known for his bowling action and his swinging ability with the old ball.

Andy Roberts was probably the forefather of pace bowling. The West Indies pacer paved the way for the legendary Antiguan cricketers including Viv Richards and Curtly Ambrose.

The West Indian took 202 Test wickets and 87 ODI wickets in his career. Andy Roberts was known for his change of pace and he also utilized the bouncer as a lethal weapon.

Taking the mantle from the likes of Brett Lee, Mitchell Johnson, and Shaun Tait was not going to be an easy task. But Mitchell Starc proved that he was very capable of leading the bowling attack for the Kangaroos!

In his Australian career, Mitchell Starc has picked up 274 Test wickets, 195 ODI wickets, and 60 T20I wickets. The pacer relies on his pace along with his line and length to be successful.

One of the earliest greats of the game, Jeff Thomson left his mark in Australian cricket that is still being followed by the newest generation. Hence, he can be considered as one of the forefathers of the Australian pace attack.

Jeff Thomson took 200 Test Wickets and 55 ODI Wickets for the Australian national team. The bowler incorporated a swinging technique in his bowling and he is regarded as one of the fastest bowlers of all time by multiple witnesses from that time.

Another Australian on the list is Brett Lee. He is widely recognized as one of the most popular and the fastest bowlers of all time. Not just the batsmen, but Lee also won over the hearts of women globally during and after his career.

Brett Lee picked up 310 Test wickets, 380 ODI wickets, and 28 T20I wickets in his career. The bowler was known for his line and length along with the ability to change his pace rapidly.

The Australian speedster was one of the fastest bowlers in modern cricket and he proved his worth in whichever team that he played for. The right-arm fast bowler was most successful in the shorter formats of the game.

Shaun Tait picked up 5 Test wickets, 62 ODI wickets, and 28 T20I wickets in his Australia career. The bowler was best known for his raw pace and he made the most of it.

The “Rawalpindi Express” is officially the fastest bowler in the world of cricket. Having made his debut for the national team in 1997, the Pakistani bowler represented his team in four ICC World cups.

Shoaib Akhtar picked up 178 Test Wickets, 247 ODI Wickets, and 19 T20I wickets in his esteemed career. His greatest ability was his swinging ability which made him unplayable at his pace.