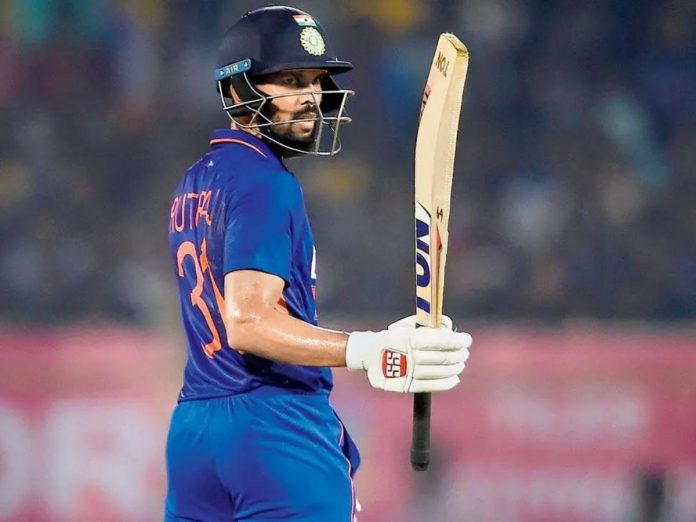 Ruturaj Gaikwad is one of the most impressive young Indian cricketers at the present time. He has a fabulous domestic record and also scores heavily in the cash-rich Indian Premier League (IPL). He has so far represented India in 9 T20Is and 1 ODI and has not been able to leave a strong impression on the management.

Former Indian cricketer and renowned cricket pundit Wasim Jaffer now wants him to be drafted into the Indian team’s playing XI in the 3rd T20I against Sri Lanka. He wants Shubman Gill to be replaced. Even though Shubman Gill has played a few Test matches and ODI matches, the T20I debut eluded Gill for a few years. The youngster was finally given the chance to open the innings in the 1st and 2nd T20Is.

However, he was unfortunate enough to not play well. He logged scores of 7 and 5 in the first 2 T20Is and hasn’t been at his usual best.

“I think Ruturaj Gaikwad should get a chance. He has scored a lot of runs (in domestic cricket). He was outstanding in the Vijay Hazare Trophy. Shubman Gill, on the other hand, hasn’t been in great touch in the previous two matches. He has been disappointing. I will be tempted to play Ruturaj Gaikwad. He has been warming the benches for quite some time now,” said Wasim Jaffer to ESPNCricinfo.

Wasim Jaffer also extended his support to Arshdeep Singh, who had a disastrous 2nd T20I in terms of his bowling performances. In just 2 overs, Arshdeep conceded 37 runs and was smeared all across the park.

“In the bowling department, I will back Arshdeep Sinch even though he had a forgetful day (in the 2nd T20I). You need to back him in this situation so that his confidence doesn’t take a further hit. Apart from the one change in the batting department, I don’t see any other changes in the XI,” said Wasim Jaffer.

India will be locking horns with Sri Lanka in the 3rd and final T20I on 7th January 2023. The match will be played at the ACA Stadium in Baraspara, Guwahati.