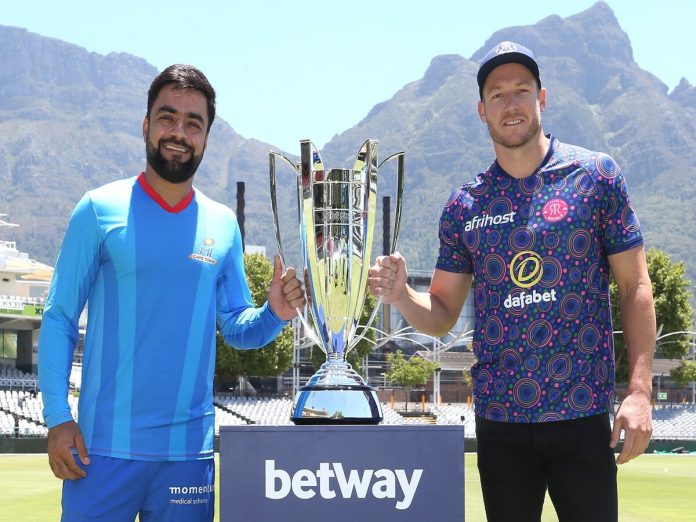 On January 10, the first season of SA20, South Africa’s new T20 league, will begin. MI Cape Town and Paarl Royals will square off in the opening game of the SA20 2023. The Newlands Cricket Ground in Cape Town will host the game. At 9 PM IST, the live broadcast of the game will begin.

It’s noteworthy that both sides put together a potent and well-rounded lineup during the auction. The Afghanistan spinner Rashid Khan has been selected to lead the MI Cape Town. David Miller has been named the Royals’ captain in the meantime.

The SA20 first season will feature six clubs vying for the trophy. 33 matches will be played throughout the competition, which starts on January 10 and lasts until February 11.

Tuesday, January 10, is the scheduled date for the SA20 2023 encounter between CT vs PRL.

The Newlands in Cape Town will host the SA20 2023 match between CT and PRL.

Sports18 and Viacom18 Sports are SA20 2023’s official broadcasters in India. Viacom 18 will live stream the game on the Jio Cinema App. The SA20 will be broadcast LIVE on icc.tv, and free highlights from each T20 will also be available there.