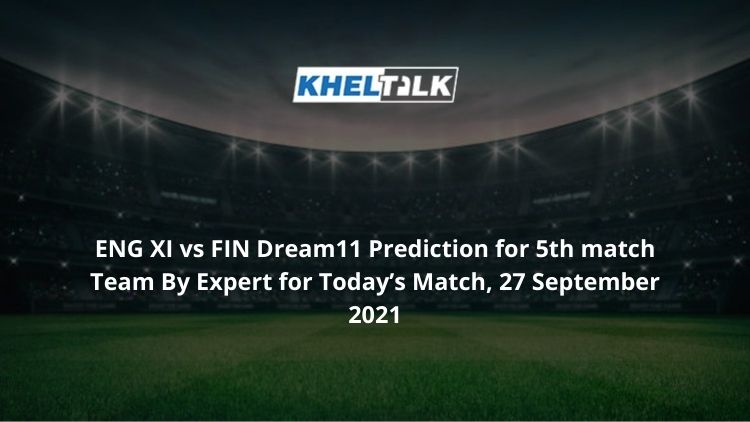 England XI and Finland will be playing the final match of the day here. This will be the second match of the tournament for both teams respectively.

England XI team is the one to beat here. Most of the players in the team have either represented the country in the under-19 cricket or played club cricket. Some of them even feature in T20 Blast tournaments even today.

On the other hand, Finland is ranked 57 in the T20I team rankings. They are a good team and more than six players have played in the recent ECN tournament. It will be interesting to see how they go here.

The pitch will assist the batters more and this could be yet another high-scoring match. In the first two Group matches, most of them went for big runs. One can expect both teams to take on bowlers here.

Sam Pearce featured in both T20 Blast and Royal One Cup this year for Glamorgan. They also have a couple of other players who are vastly experienced and has exposure playing in big leagues.

Players like Hariharan Dandapani, Peter Gallagher brings in vast experience to the tournament. Of course, the skipper Nathan Collins will be the key player and can be the difference between two teams.

Euan Woods used to play age cricket for England. He has 102 runs and nine wickets from his seven Youth ODIs so far. Undoubtedly, he has good exposure and is likely to make an impact here.

Sam Pearce can be trusted for his bowling skills in this contest. He has picked up 13 wickets and also had a couple of cameos to his name during the National Counties Championship.

Nathan Collins will be looking to lead his team from the front here. The skipper had an excellent Finnish Premier League tournament. He had scored 401 runs with an average close to 45 and also had a strike rate of 138.28.

Harrison Ward is likely to bat at number four for the team and he will be playing the finisher role. One can expect a good cameo from him today and he is very capable of bowling a few overs in this contest.

Amjad Sher is likely to make a big difference in this contest. He will be opening the bowling for the team and is an excellent batter too. One can expect fireworks from him today.

Head To Head Team For ENG XI vs FIN

Who Will Win Today between ENG XI vs FIN Dream11 Prediction, 5th Match?

According to Khel Talk’s prediction for ENG XI vs FIN Dream11 Match Prediction, Finland is likely to start this contest as underdogs. England XI is a very strong side and it will be difficult for Finland here. However, this is a T10 contest and anything can happen over the course of the day.

According to Kheltalk’s ENG XI vs FIN Dream11 Toss Prediction, Finland are likely to win this contest. They might opt to field first here as most of the teams have won while chasing and the pitch doesn’t change much here.