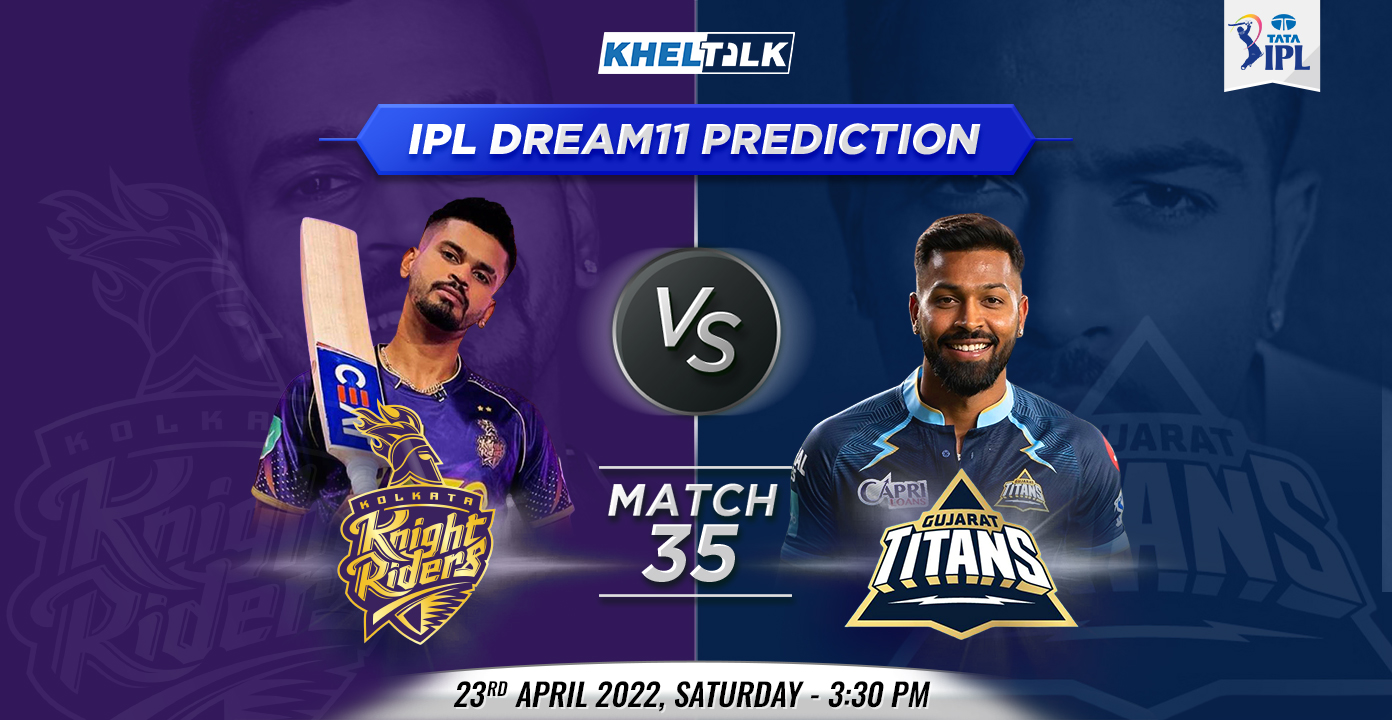 Gujarat Titans and Kolkata Knight Riders will lock horns for the first time in the IPL. Titans are currently at the top of the table with five wins and a loss to their name. Kolkata, on the other hand, has won three and has lost four. They are currently at the 7th spot. A win here, however, will take them to the 4th spot, thanks to their net run rate.

This is an important match for KKR as they have won only three matches so far in the tournament and are currently in the lower half of the table. The team is likely to go with the same eleven here and one can expect them to come up with a good show.

Hardik Pandya is likely to come back to the side and that is the only change that is expected here. The team is at the top of the table and there is no need for changing the winning momentum here.

Shubman Gill is one of the leading run-scorer of the tournament at the moment. The youngster will open the innings for Titans and will look to score big against his former team. He has 200 runs in the tournament so far.

Rashid Khan needs no introduction. The Afghanistan spinner is yet to perform big with the ball here and this could be his day. He did well with the bat in the last contest. Overall, he has 40 runs as well as six wickets to his name.

David Miller is in excellent form at the moment and was the star performer for Titans against Chennai Super Kings in the last contest. He has 193 runs in the tournament so far.

Andre Russell might not have performed upto the mark but is a certain pick here because of his all-round skills. The West Indies all-rounder has 179 runs to his name.

Aaron Finch will look to continue his good form here as well. He has 65 runs including a half-century in the last contest and one can expect him to come up with good knock here as well.

Who Will Win Today Between KKR vs GT Dream11 Prediction, Today’s Match

According to Kheltalk’s astrology KKR vs GT Dream11 match Prediction, GT will win the match. GT has all its bases covered going into this contest. On the other hand, KKR will look to continue their good form here.

According to Kheltalk’s KKR vs GT Dream11 toss prediction, GT will win the toss and opt to bowl first. Going by the trend, we can expect teams to win the toss and bowl first at this venue as chasing a total is much easier compared to defending the same.