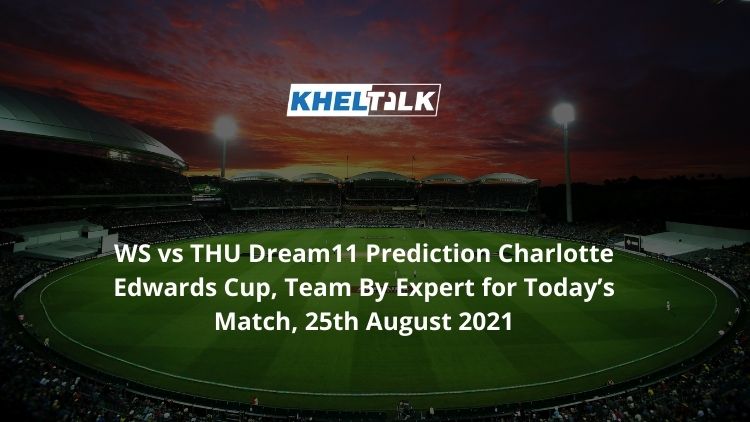 The next fixture of the Charlotte Edwards Cup will see Western Storm taking on Thunder at Sophia Garden. talking about Thunder, they sit at the top spot with two wins from three games with nine points to their name while Western Storm is at the third spot of Group B with just one win in three games.

At the pitch at the Sophia Gardens, Cardiff will assist the bowlers. The team winning the toss will look to bowl first as most of the games have been won by the teams chasing. The average 1st innings score at this venue in the last 12 matches is 118 runs.

The weather will be partly cloudy and there is a chance for rain as well. The temperature will be around 15 degrees Celcius and is likely to go up to 20 degrees Celcius. According to forecast, there is 17 percent for rains.

Western Storm lost their previous game of the tournament at the hands of the Sunrisers. Defending a mere total of 129 runs, Storm’s bowlers weren’t able to trouble the opposition and they won the game with 13 balls remaining.

Thunder played their last game of the tournament against Northern Diamonds in June. Batting first, Thunder posted 118 runs on the board and later they restricted the opposition for 106 runs and won the game by 12 runs. No changes are expected.

E Lamb has looked in terrific form. In three innings, he has hammered 190 runs with the highest score of 111* and even has chipped eight wickets to his name.

E Threlkeld has scored 51 runs in three innings for Thunder with the best score of 26 unbeaten. He can turn the tables with the bat. Don’t miss him out.

D Gibson and N Harvey did a lot of talking with the ball in the first phase of the tournament. SO far, they have chipped 5 and 4 wickets respectively. Now they are expected to revive the previous momentum and perform for the side once again.

N Wraith has scored 56 runs in two innings for Storm with the best score of 36 unbeaten. He has a strike rate of more than 120 which means, he can do wonders with the new ball as well.

Who Will Win Today Between WS vs THU Dream11 Prediction, Group A match?

According to Kheltalk’s astrology WS vs THU Dream11 match Prediction, Thunder will begin this contest as favorites once again. They have a stronger lineup and would be more focused on how not to slip from the top spot. They are likely to dominate the game.

According to Kheltalk’s WS vs THU Dream11 toss prediction, Thunder is likely to bowl first at this venue. The venue has seen the chasing teams win the matches at regular intervals.