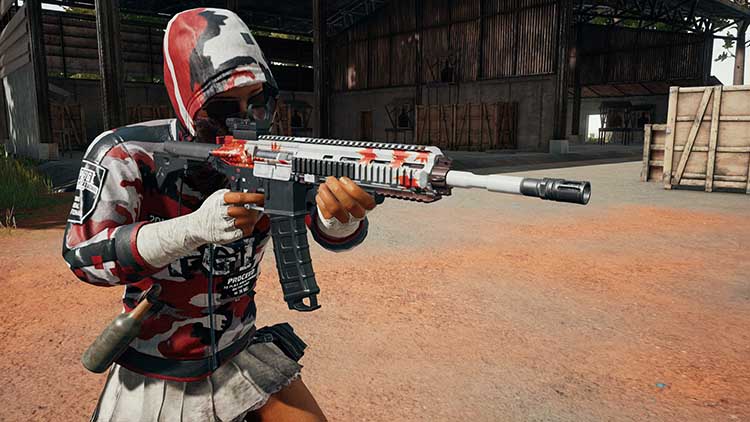 Have you played PUBG Mobile, India’s most-loved game that changed the gaming ecosystem? If yes, then you must how important & useful Assault Rifles (AR) are while hunting down enemies at different situations in the game! You must have also wondered which is the Best assault rifle in Pubg, right? That we have made a detailed countdown of top assault rifles in Pubg so that you can find the best AR!

PUBG Mobile has taken the World by a storm! And you can find so many gamers in India and across streaming their game playing on YouTube, and earning great views!

But, when it comes to playing PUBG Mobile, the iconic game features many kinds of guns. From light machine to sub-machine guns to pistols to assault rifles to sniper rifles to melee weapons and more, you can use any of them.

If we talk about the firepower of a weapon, assault rifles score over others. It is especially in combats such as close and mid-range.

Here we have listed the best guns in Pubg mobile, starting from the worst to the absolute best.

Along with Groza, AKM is loaded with joint highest single-shot damages power among the commonest of the assault rifles. You can count on AKM for mid-range and close-mid range combats.

Beryl M762 is a very capable assault rifle in Pubg, as it is compatible with many attachments, causes greater damage, and comes with a supreme fire rate. And that makes it one of the best if you talk about 7.62mm assault rifles in Pubg.

AUG A3 is a 5.56mm compatible gun. This assault rifle can only be taken in PUBG Mobile’s flare and normal airdrops. You can find it easier to operate, and that it makes this AR the most popular assault rifle in Pubg among new and professional gamers.

M416 is on the 2nd position in our list of the best assault rifle in Pubg, because of the less damage per second and low damages power.

Groza is a beast that every PUBG Mobile player wants to have. It is because this AR comes with a single shot damage rating of 49. It is a significant weapon in close-mid and close range encounters. Just 1-2 shots of Groza on the head of your enemy, and you will be able to get rid of them!

These assault rifles in Pubg couldn’t make it in our top 5 list.

No matter what encounters you are in, you can count on The SCAR-L as your perfect assault rifle in Pubg. It has low recoil and comes with an excellent headshot percentage prospect.

If you are battling it out in mid and long-range fights, then you can use The M16A4 AR. The rifle comes with one of the best bullet travel rates. It’s only minus point is that it does not boast of the full-auto version. You can only use it as a single and burst mode. Nonetheless, the AR can be used as a DMR rifle by players. Yes, it is possible on a single-shot approach with either 4x or 6x scope.