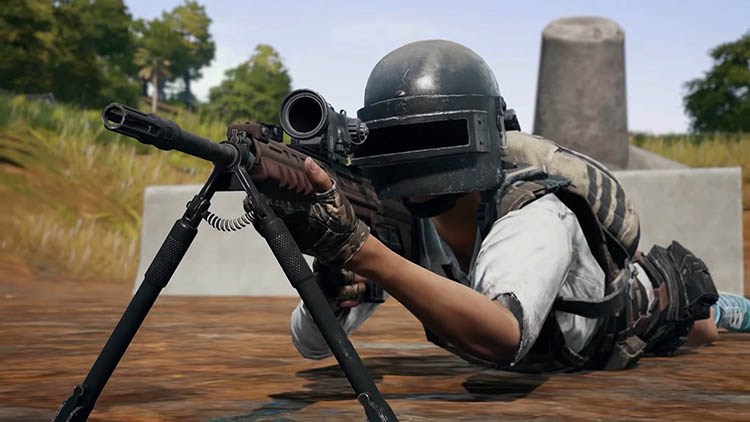 You are looking for the Best Sniper in Pubg, right? Then you have come to the right place because here we are going to provide you with a comprehensive guide on which is the best Sniper Rifle for you in PUBG! Here we will provide you everything you need to know about Pubg Sniper Rifles like their technical specification, where to find them, which are best attachments to use with them & more! So let’s jump right into it!

PUBG (PlayerUnknown’s Battlegrounds) Mobile has taken the world of gaming by storm, and it is no more a secret. Ask any gamer if he has played PUBG Mobile, and he will talk about it at length. India has also not been untouched by the popularity of PUBG Mobile after its launch in 2018.

The game is published by Tencent Games and can be downloaded via Google Play Store and iOS on an Android device and iPhone. From graphics to user interface and more, the realistic feel of the game has given it immense popularity.

But the sad part about PUBG Mobile is that not all Sniper rifles come with the same power and range. Yes, some may be so bad you would like to get rid of them as soon as possible.

Sniper Rifles are among the most important asset in PUBG! Everyone wants to kill their opponent with a headshot. Here we have compiled a list of best Sniper in Pubg & sorted them from best to worst. Here we will rank these Pubg Snippers based on their Damage, Magazine Capacity, Firing Rate, Range & their Bullet Speed.

On that note, we are enlisting the best of Snipers – from best to worst in this post. It will help you choose the best ones while playing your next game on PUBG Mobile.

Everyone adores AWM, and there is no doubt that it is the best Sniper rifles in PUBG Mobile. Why? It is because it is the only weapon in your arsenal that can shot an enemy with Level 3 helmets. What’s more, it also comes with a super-fast bullet speed and power. These traits of AWM make it super precise. It can also deal with more combats over a longer distance if compared against other weapons. The only disadvantage of AWM is that it is rare and is available in drop crates. The other downside is that that you need to load only special bullets for using it.

Where can you find AWM – This Sniper & its ammo is exclusively available in the Drop Crates which are dropped in Erangel, Miramar, Vikendi, and Sanhok.

MK14 is the Sniper rifle which is on 2nd Place. It is a DMR, and hence; it doesn’t have the ability is kill player a player with Lv 2 helmet or higher with one shot. Nonetheless, you can still bank on it as one of the key Sniper rifles in PUBG Mobile. You can do that if you want to inflict a higher degree of damage across all DMRs. If you wish to shot down moving players, then you can use MK14 as it can shoot many single shots quickly. When you are in a close combat situation, you can use MK14 as it comes with an auto-fire mode. But its capacity is only 10 bullets per magazine, and you will need the Extended Mag. But it is not an easy thing for newbies to use on PUBG Mobile owing to a higher recoil amount.

Where can you find MK14 – This Sniper Rifle is only available via care packages that are dropped in Erangel, Miramar, Vikendi, and Sanhok. But its 7.62 Ammo can be found easily

M24 is one of the best PUBG Mobile Sniper rifles. It comes with the ability to shoot a player with Level 2 helmets. Miramar is where you can easily find M24 as the map is massive with so many sniping spots. But the disadvantage of M24 is its spawn rate, which is not high. Thus, it does not make it more popular than Kar98, the next best Sniper rifles in our list. Outside of drop crates, you can count on M24 as one of the best.

Where can you find M24 – This Sniper is most commonly found in the Miramar Map & its ammo which are the 7.62, are very easy to find.

Kar98 is another Sniper rifle that is quite famous among players in PUBG Mobile. When players think about the best weapons in PUBG Mobile, they will certainly mention Kar98. If you have gone through PUBG Mobile streaming sessions on YouTube, then you must have seen it in action. Talking about its power, it is a bit weaker when compared with M24. But Kar98 is much easier to find & use as compared to M24. Kar98 may not be the best PUBG Mobile weapons but it is preferred by many players.

Where can you find Kar98 – It is can be very easily found in Military Areas, Houses & Apartments in Erangel, Sanhok, Miramar & Vikendi.

In PUBG Mobile, Mini 14 is the only Sniper that is equipped with 5.56mm ammo, besides QBU in Sanhok being equivalent. This DMR provides PUBG Mobile players with amazing control on accuracy with lower recoil and swift fire rate. But its downside is that it comes with lower damage. What’s more, you may also find it tough to eliminate others. Still, it can be used in most circumstances, while playing PUBG Mobile. it is a very good snipper option.

Where can you find Mini 14 – It can be very easily found in Erangel, Vikendi, and Miramar. It uses 5.56 ammo, which is also very easy to find.

You will find two types of players in PUBG Mobile – one who adores SKS and one who does not. SKS is a DMR with 7.62mm bullets. It may have higher recoil but is loaded with extreme power and soaring damage. Just like Mini 14, you will be able to find SKS in PUBG Mobile’s all maps. If you can use an SKS with proper attachments, then it may be a dangerous weapon that can let you enjoy the combo of power and stability. And that’s why SKS is among the most-loved weapons of a PUBG Mobile player.

Where can you find SKS – SKS is very easy to find in military areas, also it can be found in houses & apartments on Miramar, Erangel, Vikendi, and Sanhok Map.

In PUBG Mobile, SLR is among the newer weapons that have been introduced. Loaded with lots of power, it can target and shoot your enemy really hard. But its recoil is its major disadvantage. But that can compensate if you use it with attachments. You may not adjust to using it as it does not have a grip slot. It is even one of the rarest of the weapons in PUBG Mobile. Hence, you may not find it to practice in real games.

You may use VSS and not your regular shotguns and pistols. VSS is the only PUBG Mobile weapon in which you need to use 9mm bullets. But after having said that, it means its bullet travel and effective shooting range is lower with lesser damage probability. With awful recoil, VSS capacity is only 10 bullets in one magazine. You can use VSS in situations demanding low range. Now the best part – it comes with 3x scope and Silencer – making it extremely difficult for enemies to identify your weapon.

Wh Where can you find VSS – This Sniper Rifle & its Ammo is very easy to find, it can be easily found throughout Erangel, Sanhok, and Miramar Maps.

PUBG Mobile keeps adding a new set of Sniper rifles and Win 94 is one of them. It is a recent addition that failed to draw much attention. And that’s why we have put it at the bottom of our list! The reason why it is not viable is that Win 94 can’t attach any scope. Mentioning about Sniper rifles that should hunt down enemies in no time and being unable to attach scopes is a shame! If you exclude it, it does come with a fine shooting range. You can still count on Win 94 to damage one-shot a player using a Level 1 helmet. Even though it has a 3x scope, we can’t put Win 94 as one of the best PUBG Mobile weapons.

Here we are going to tell you about some attachments that you can use on your PUBG Snipers, which will help you to use your guns more efficiently. These Attachments will helps you aim better & reduce recoil.