IND vs PAK Head To Head Stats Analysis: India has beaten Pakistan 11 times in world cup matches played till now. The cricket contests between India and Pakistan have been the mother of all the on-field battles. Pakistan had the upper hand against India on good days. But the table always turns when the two teams meet in World Cup and ICC World T20. India has a better record than Pakistan in the ICC events when the two arch-rivaling countries have played against each other.

India vs Pakistan Head to head Records in ODI matches –

India and Pakistan are named in the same group of the World T20 tournament, which will be played in the United Arab Emirates from October to November 2021. India and Pakistan have been grouped in group two along with New Zealand, Afghanistan, winner of Group B and runner up of group A.

India and Pakistan are teams that should play cricket more often as India plays with the other countries. But due to the political tensions and terrorism activities done by groups hidden in Pakistan, these two nations do not play more matches. As a result, they only meet in fifty overs and twenty overs World Cups ad Asia Cup tournament which is also played in two formats.

The overall records in ODI, Test, and T20I matches show the men in green have dominated in the traditional and fifty-over formats. But the men in blue have donned the shortest format of the game.

The matches of India and Pakistan are the most-watched match on the television set. The 2019 world cup clash between these two arch-rivaling countries was the most-watched event on the Star Sports Network channel and Doordarshan. The viewers have also watched the highlights of the game many times. Mainly because of Rohit Sharma’s century and a cameo knock played by the Indian skipper Virat Kohli.

In a way, we can say the ICC tournaments and events cannot be completed without a match between India and Pakistan because it has so much to offer to the fans. The revenue generated by ICC through India and Pakistan is also huge. Maybe that is the reason why the British had separated both countries in 1947. They had the intuition of what may happen next.

India Vs Pakistan are much-awaited contests in the world cup tournaments. But India has a record of winning all the matches against Pakistan in the ICC mega-events, played in both formats. Pakistan has lost seven games played in 50 over world cup, and five games played in the T20I world cup. India enjoys a hundred percent winning record against Pakistan in ICC World Cup tournaments. The Indian cricket fans anticipate the world cup matches more than the Pakistani fans because of tis obvious reason.

There have been eleven instances where India has won the world cup games against Pakistan, hands down. Looking at these records, the Indian fans might expect to play the semi-finals or the finals against Pakistan to end India’s ICC trophies drought, which they have not won since ICC Champions Trophy in 2013. 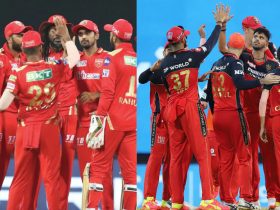 PBKS vs RCB Head To Head Records Of IPL History 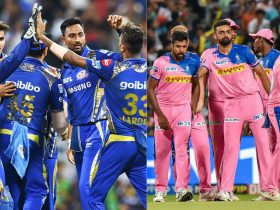 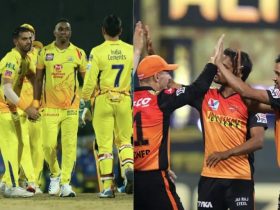 CSK vs SRH Head To Head Records In IPL History 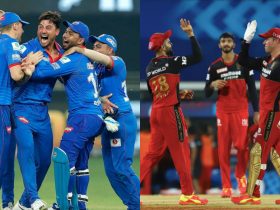