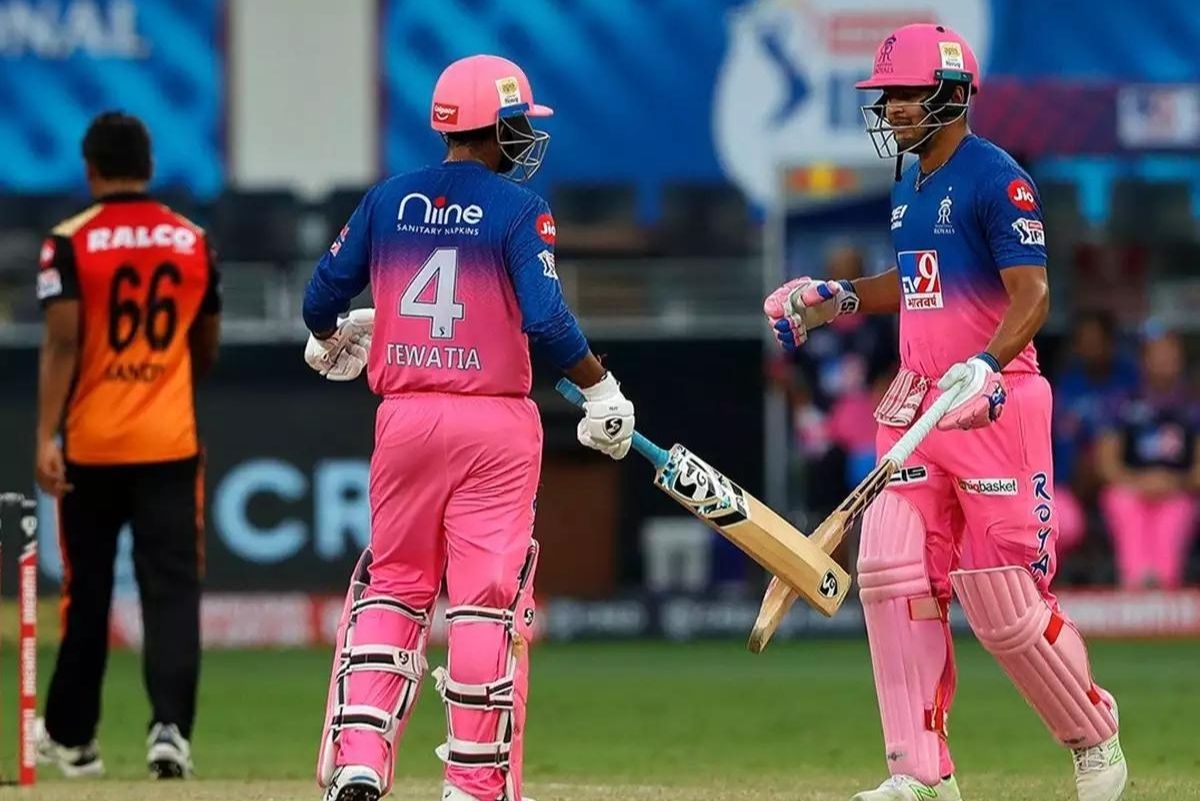 Sunrisers Hyderabad will lock horns with Rajasthan Royals in the 5th Match of IPL 2022. Maharashtra Cricket Association Stadium in Pune will host this fixture on March 29 at 7:30 PM.

In IPL history, both teams have clashed in a total of 15 games of which 8 have been won by the Sunrisers Hyderabad and the rest 16 by Rajasthan Royals. Last year in 2021, Rajasthan Royals won by 55 Runs in their first clash against SRH. Meanwhile, SRH emerged on top defeating RR by 7 Wickets in their second outing together.

Both sides met each other for the first time on the 27th of April 2013 at the Sawai Mansingh Stadium at Jaipur where Royals defeated Sunrisers by 8 Wickets. Whereas the last time the two teams met was in Dubai.

In the chase, 60 off 42 from Jason Roy and 51* off 41 from Kane Williamson helped Sunrisers secure the win with 9 balls to spare. Mustafizur Rahman, Mahipal Lomror, and Chetan Sakariya bagged a single scalp each for the Royals. It is going to be an enthralling match between two former IPL champions and fans should get ready for the nail-biting encounter.

Sunrisers had a miserable season in IPL 2021 as they finished at the bottom of the points table with just three wins in 14 matches. Overall their performance in the past few years has been very disappointing. The Hyderabad franchise won their maiden IPL title in the 2016 season, defeating the Royal Challengers Bangalore by 8 runs in the final.

Sunrisers retained the services of three of their players, Kane Williamson, Abdul Samad, Umran Malik ahead of the IPL auction. The opening slot could be taken by Rahul Tripathi and Abhishek Sharma or Williamson could promote himself to open the innings in IPL 2022. As the skipper, Kane Williamson would have to choose from a bunch of overseas talent in the Playing 11.

Rajasthan Royals are on the same boat as SRH as they won their maiden IPL title way back in the inaugural edition of IPL in 2008. Royals defeated Chennai Super Kings in the final by three wickets. Their performance has seen a steep decline in the past years. They failed to reach the playoffs in the past three years.

Royals retained the services of Sanju Samson, Yashasvi Jaiswal, and Jos Butler ahead of the mega auction. This year they made some strong additions to their squad with the main focus on making their top order strong. Sanju Samson will continue as their leader for the second time. The opening spot will be reserved for Yashasvi Jaiswal and Jos Butler who did well in the past edition. Devdutt Padikkal should continue to play at No. 3 as mentioned by RR management post the Auction.

Their middle-order should see captain Sanju Samson playing at No. 4, followed by aggressive former Capitals power hitter, Shimron Hetmyer. Coming to the bowling, the Royals have a fine blend of experience and young blood in their arsenal. Trent Boult, Yuzvendra Chahal, and Ravichandran Ashwin form the perfect bowling attack alongside Navdeep Saini and Prasidh Krishna serving as powerplay specialists.

The captain of the Royals, Sanju Samson is ruling the chart for the most runs in SRH vs RR Head to Head at 512 Runs. Followed by Ajinkya Rahane at 347 who found his way into Kolkata Knight Riders in the auction

Jamer Faulkner boasts the most number of wickets in SRH vs RR head to head with 12 Wickets. Followed by Bhuvaneshwar Kumar with 10 Wickets who remain intact in the current SRH squad.