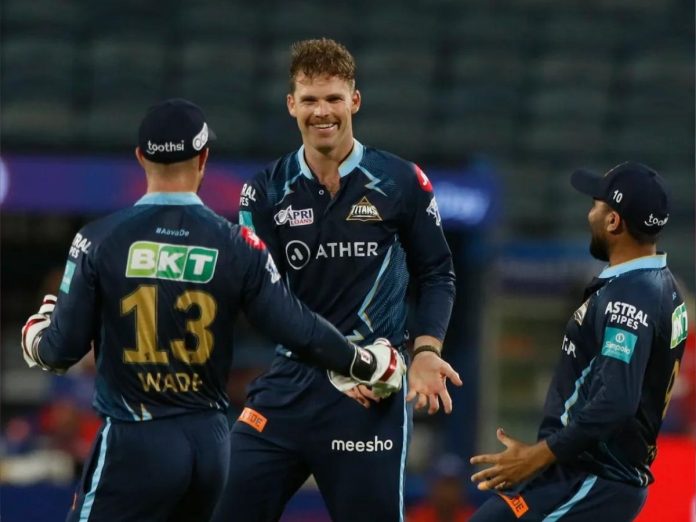 Indian Premier League 2022 season ended with a good final between Gujarat Titans and Rajasthan Royals. Both the teams fought hard but it was GT, who lifted the trophy in their debut season. Hardik Pandya led side defeated Sanju Samson & Co. by seven wickets.

In the final, RR skipper Sanju Samson won the toss and elected to bat first. Jos Buttler replicated his good form against GT and scored 39 runs with the willow. Meanwhile, other batsmen in the line-up failed to make it to the big stage due to which RR managed only 130 runs in 20 overs.

Coming down to chase, Gujarat Titans easily crossed the finishing line with 11 balls to spare in their kitty. Opener Shubman Gill played an unbeaten knock of 45 runs off 43 balls followed by knocks of Hardik Pandya (34 runs off 30 balls) and David Miller (32 runs off 19 balls).

Gujarat Titans skipper Hardik Pandya was awarded Man of the Match for taking three wickets with the ball and scoring a worthy knock of 34 runs that helped GT in lifting their maiden IPL title in their debut season.

Post-match, the sports presenter announced the name of all the award winners of the match as well as of the season. Jos Buttler had a great IPL 2022 season with the bat and finished with the orange cap for scoring the most runs (863 runs). He was also awarded for scoring most sixes, & boundaries as well. So, now let’s have a look at the list of award winners for IPL 2022:

Most Valuable asset of the match – Hardik Pandya

Player of the Match – Hardik Pandya