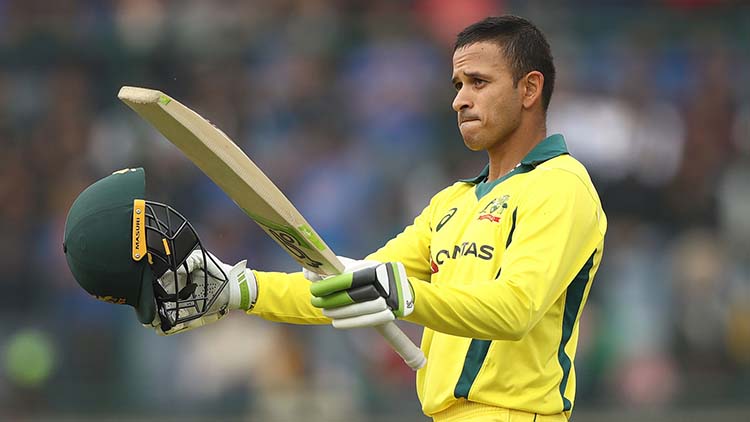 Usman Khawaja has lost the Central Contract awarded by Cricket Australia (CA) for the first time in 5 years. Cricket Australia (CA) has recently announced a new list of 20 Men’s players for 2020-21 seasons. Among the new names, Mitchell Marsh and Marnus Labuschagne are players who have made to the list. Joe Burns, Matthew Wade, Kane Richardson, and Ashton Agar are the other 4 players who have got the call-up.

Other than Usman Khawaja, other names missing from the Contract List include Peter Handscomb, Shaun Marsh, Marcus Stoinis, Marcus Harris and Shaun Marsh. Peter Siddle, who has hung his boots in International Cricket, was also not considered.

‘The rise of Marnus Labuschagne has been amazing over the years, while Joe Burns has been a decent player in Test Cricket. The form of Ashton Agar in the T20 Cricket has been supreme, while Kane Richardson has been exceptional in White ball Cricket.’

He went on saying: ‘The form displayed by Matthew Wade in the summer is proof that he is not only a tough player but a good one in the longest format of the game. He now has extended his form even in the white ball Cricket, and that has earned him well-deserved call into our ODI and T20 squads.’

‘Mitch Marsh had missed out in the prestigious Central Contracts list the last year, but his recent form has been nothing can exceptional. He played quality Cricket and held us in confidence that he has many years of Cricket left. He did it by his Man of the Match performance Vs New Zealand at the Sydney Cricket Ground in the last match. He also grabbed a fifer in the last Test game in the Ashes Tour.’ Trevor said while acknowledging the performance of Marsh that helped him get into the list.

Hohns also acknowledged some omissions that were unlucky but referred to the case study of Matthew Wade and Mitchell Marsh who made their way back into the list by putting stellar performances.

‘Yes, the way Wade and Marsh have led their way into the list means that there are opportunities that you can grab and once again find your way back into the list. All those notable omissions will need to step up their game and again try next year. Another thing to note is that if you are not on the list, it does not mean that you can’t play for Australia.’

Trevor was further quipped as saying.

‘The list of women players making into the list of CA is also released and Elyse Villani and Nicole Bolton have missed out. Molly Strano, who was included in the World Cup Team of Australia and Eris Burns, who was upgraded to a full-time contract, have also, missed out. Nonetheless, they remain in the mix to be picked up for future selection.’

Women Selector Shawn Flegler was stated as saying on the developments.

Annabel Sutherland, Tahlia McGrath and Tayla Vlaeminck are among the new faces making to the list. McGrath got to feature in the list despite the fact that the 24-year-old has not even played for Australia since 2017.

‘We want to say that any players who have missed out in the Central List do not mean that the door for them is shut to play again for Australia. For Nicole Bolton and Elyse Villani, there will be many opportunities to make their case once Cricket resumes after the COVID-19 Pandemic. We consider them as World-Class players, and we expect them to play dominating Domestic Cricket and knock on the door of selection again.’

Shawl was stated as saying further.

Annabel Sutherland and Tayla Vlaeminck were a part of the victorious ICC T20 World Cup Team and got upgraded to CA’s Central Contacts in the last season. Ever since then, they have emerged major faces in the Women Team of Australia.

Men and women players who have not got the Central Contact can continue earning upgrades through 2020 by accumulating 12 upgrade points. Owing to the Novel Coronavirus Pandemic, players will take home a share of revenue and not a set amount.