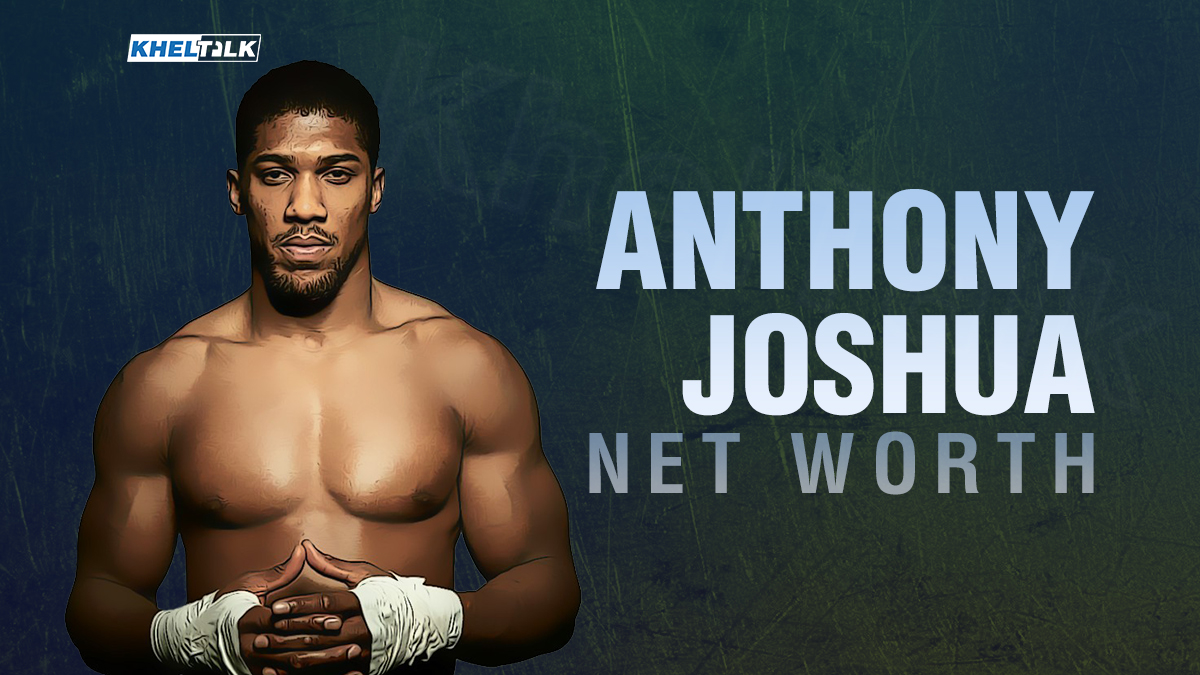 Anthony Joshua is a British hero for his decorated career in Boxing whether it is amateur or professional boxing. Anthony Joshua is the face of the Heavyweight division. His market value is outrageous because of his big fan following among teenagers in Britain. Anthony Joshua is World’s 19th Highest paid athlete and his net worth is staggering $80 Million and his loss to Usyk has caused him a big loss in terms of the financial side.

Anthony Joshua is ranked World’s 3rd best Heavyweight fighter according to BoxRec and is a knockout machine with 22 Knockouts from 22 wins. In September 2021 this year he lost his World Heavyweight Unified title to Usyk. Joshua is currently training hard to reclaim his throne in the ring but outside the ring, he is undoubtedly the best in the business. He is the 19th Highest-Paid Athlete in the world and is on every brand’s hit list.

Surprisingly Joshua was a late starter in Boxing and in his late teenage years of 18, he started training at the local club in North London. Boxing came naturally to him and just after training for 2 years, he had an offer to turn professional for a £50,000 offer but he turned it down as he wanted to win something for his country. Joshua’s rise in Boxing was a real fairytale story and in just a 4-year span he was making headlines everywhere and this was first a Boxer from England was a hot topic.

The 2012 Olympics was set to be hosted in London and Joshua had his eyes set on this. Although his road was very tough as he fought World Number 4 in the Last 16 rounds, he fought his way through and in the next round, he met the 2008 Olympics, a silver medalist. After tumbling so many greats, he finally met the real Heavyweight Roberto in the finals in a controversial bout.

He came on top and won a Gold medal for his country. Joshua turned professional in 2014 and his achievements are noticeable to everyone. We will talk about his professional journey, Net worth, and his luxurious lifestyle further in this article.

Anthony Joshua’s full name is Anthony Oluwafemi Olaseni Joshua and is from Nigerian descendants. He was born on 15th October 1989 to Yeta and Robert Joshua. His mother is Nigerian and his father is Irish. Joshua also spent some time in Nigeria but had to return to the UK after the divorce of his parents. He was a notorious kid but was very active in athletics and football. He even once ran 100m in a record 11.6 seconds in School Event.

Anthony Joshua has normally tried to keep his personal life very private from the media but not everything could be kept hidden. He is currently single after his long affair with Nicole Osbourne. She was a Yoga instructor and Joshua met her in Watford. In 2015, they both were Joshua’s son which he named Joseph. But they are not together anymore because Joshua says he can’t find balance in his professional and personal life that’s why he wants to be single at the moment.

Anthony Joshua is one of the biggest names of Boxing and almost every sports brand is after him because of his sellable face. In 2018, he signed a mammoth $1 Billion worth deal between his promoter Matchroom Sport and DAZN. Joshua earns big money through endorsements and some of his current associations with brands are

Anthony Joshua lives in North London and his penthouse is reported £2 Million worth. He has many houses across the UK and in Watford only he has 3 houses where he used to live with his former girlfriend. Anthony has invested big money in real estate and for maintenance only he spends £7 Million to £10 Million annually.

Anthony Joshua is the brand ambassador of Jaguar and has many stylish cars in his collection. He also has gifted BMW and Jaguar cars to his coaches and trainers so that they can be on time for his sessions. Joshua also had a private jet which he uses to travel overseas with his family and team.

Anthony Joshua is a Heavyweight category boxer and in real life also, he lives king size. Joshua keeps himself intact with his fans through social media but he isn’t as active as some of the current boxers are. He is an old-school guy and keeps himself out of the limelight when he is preparing for any event or fight but usually, he is very much active on social media.

Q. When is Anthony Joshua going to fight Tyson Fury?

His fight against Tyson Fury is under clouds after his loss to Usyk.