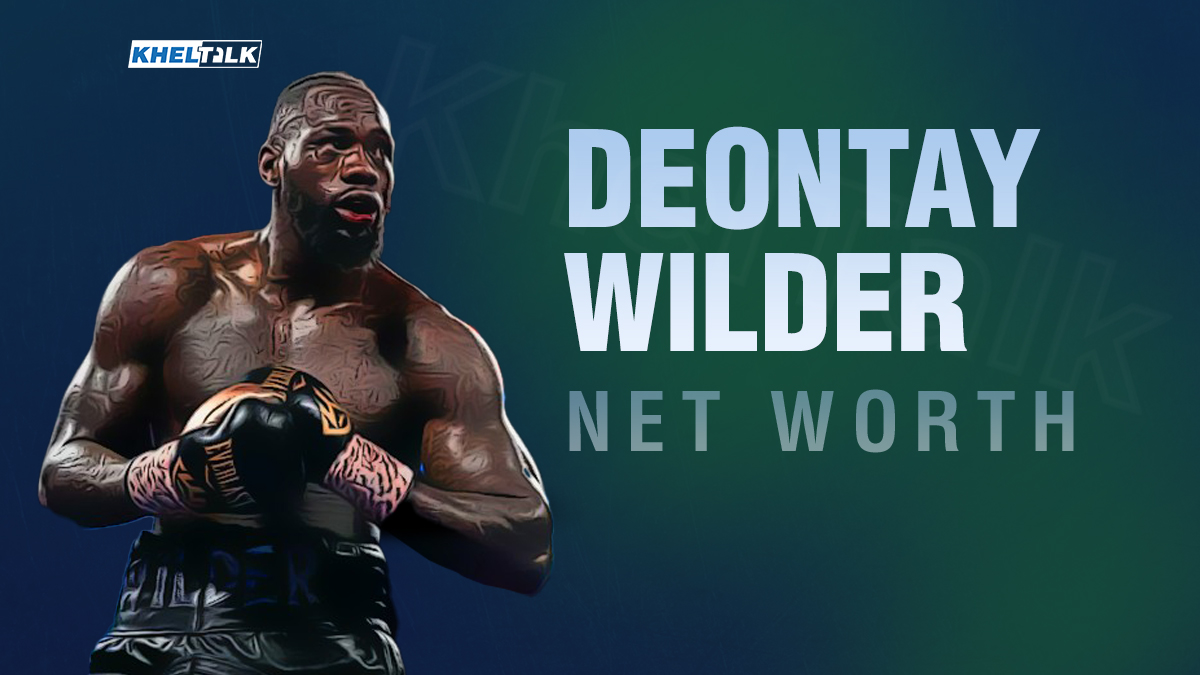 A young kid from the state of Alabama who had a dream of becoming a football or basketball player representing his home state turns his life around by becoming a boxer who not only becomes an Olympic Bronze Medalist in the heavyweight division with just 3 years of experience but also becomes the Heavyweight champion of the World with a record 11 titles defense.

Escaping from bad times, depression, bad activities, and becoming the “BRONZE BOMBER” of Heavyweight Professional Boxing is a journey filled with inspiration.

As of 2021, Wilder has earned over $46.5 million. ‘The Bronze Bomber has an estimated net worth of $40 million, according to wealthypersons.com. He reportedly made $25 million from the Fury rematch, making it his biggest fight purse as of October 2021.

The 2008 Olympic Bronze Medalist owns a $1.2 Million Mansion in the state of California. Sources have reported about the location of his mansion being in Glendora City, CA, and the house of 6344 sq. ft area. This mansion includes:-

For the 2008 Olympic games, few athletes were chosen to model the Ralph Laurens clothing line. And the handsome hunk was one of them!

Following that, he said it was the beginning and end of his modeling career. His biggest sponsors are Everlast and Recover 180.

Besides that, he has a deal with Raising Cane’s, a fast-food restaurant, PureKana CBD, etc. In comparison to his peers, his endorsement deals seem to be very few.

We can guess that he is focused intensely on his game, which might be the reason for his long winning streak

Wilder comes from a family of Alabama preachers, namely his father and grandmother. He has three sisters and one younger brother. His brother Marsellos Wilder is also a professional boxer; Marsellos currently fights in the cruiserweight division and has a 5–2 record.

Deontay is very close to his mother, Deborah Wilder. She is one of the most important women in his life.

Deborah spent the major part of her life in Tuscaloosa, AL. She attended Tuscaloosa City High School and then continued her education at the University of Alabama. Since her youth, she has been married Gary Wilder, the father of her sons.

Gary Keith Wilder is the father of the former heavyweight champion Deontay and three other children. Like a responsible parent, he put lots of effort to develop his children’s skills.

Gary resides in Tuscaloosa, AL. He is a preacher. Till now he serves as the role model for his son, Deontay.

Wilder married Jessica Scales in 2009. They had four children together – two daughters and two sons. Their eldest child, Naieya, has spina bifida, something Wilder admits forced him to become a boxer to help support her financially.

Wilder and Scales divorced in 2017 and the former is now engaged to Telli Swift, who was ringside for his 1st fight against Fury. They even have a daughter who was born in 2018. The couple was even on WAGS Atlanta reality television show.

When you take a deep dive into the world of boxing champions and get to see Deontay Wilder house and cars, you will absolutely agree that he is indeed a millionaire. The young talented boxer does not only understand “throwing punches”, but he also seems to have great taste in automobiles.

Deontay Wilder is quite active on social media.

Q-1 What is the real name of Deontay Wilder

Q-3 Who is the wife of Deontay?

Q-4 What is a record of Deontay’s Pro Boxing Career?