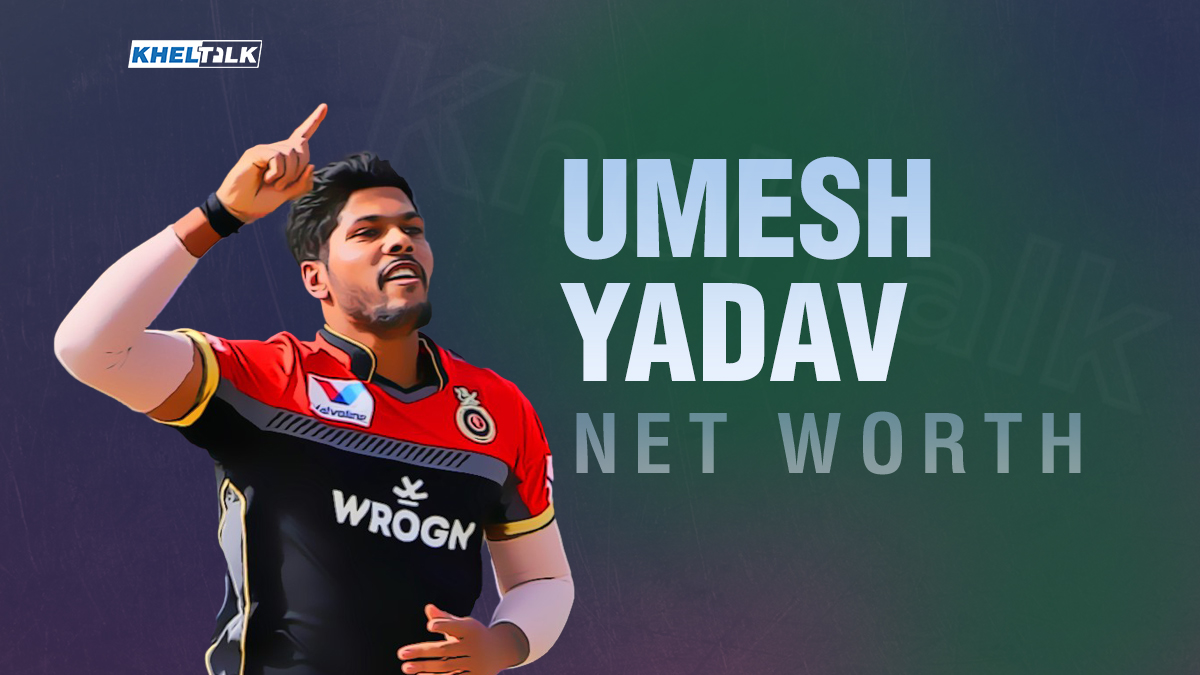 India is a cricket fanatic country that has produced many Legends of the game but one area where India always struggled in the past was producing genuine fast bowlers who could click 140+ kmph at regular intervals. In 2010, India’s everlasting search came to an end when the young Vidarbha fast bowler made headlines for his express pace and instantly was called up for India camp. His name is Umesh Yadav and has developed into one of India’s finest bowlers.

Umesh Yadav comes from a really poor family and things got really bad in his childhood when his brother was acquitted in a robbery case. Although Umesh Yadav was born in Nagpur, he has links from both UP and Jharkhand. His father hails from UP but in search of work, he moved to Jharkhand and then to Nagpur.

He struggled in the early phase of an international career because of his inconsistent line and length. Umesh always had express raw pace but couldn’t combine it with accuracy but in 2015 the biggest turnaround came in his career.

Umesh was part of India’s 2015 World Cup squad and finished as India’s highest wicket-taker with 18 wickets which completely changed his career. He then went on to become regular in all three rounds and especially in Tests, he produced many match-winning spells on Indian tracks. In this article, we look at Umesh Yadav’s lifestyle outside 22 yards.

Umesh Yadav rose into the Indian cricket scene because of his raw express pace which was a rare sight in Indian cricket. He instantly bagged a lucrative contract from Delhi Daredevils in 2009. Umesh Yadav’s net worth stands at a staggering INR 59 crores. He earns most of his income through match fees, Cricket contracts, and endorsements.

Umesh Yadav is currently part of the Indian test team only. Although he was a key part of India’s setup across all formats in the past, his slumped form in white-ball cricket has led to his exclusion from A-Grade Contract. Umesh is currently contracted to B-Grade and earns INR 3 Crores. His match fees are as follows

IPL is a crucial part of every Cricketer’s journey and it not only helps to get into the limelight but helps Cricketers to grow off-field. Umesh hails from a poor family and IPL was a game-changer for him. Because of all the hype about his pace, Umesh instantly bagged lucrative contracts from franchises and has now earned close to INR 35 crores throughout his career. He was recently seen with Delhi Capitals who bought him in 2021 IPL auctions for INR 1 Crore.

Umesh Yadav is a crucial part of the Indian cricket setup and Brand endorsements are his biggest source of income outside cricket. He reportedly earns 1-2 crores annually and charges 20-30 Lakhs fees for endorsements. . Some of his endorsements are:

Umesh Yadav is not that big a fan of cars and his collection is very small. He hails from a poor family and knows the value of every penny and tries to utilize them in the most optimal way.

Umesh Yadav has links from both UP and Jharkhand but has spent most of his life in Nagpur. He lives in Nagpur along with his family in a luxurious house which is estimated to be of INR 2 crores. Umesh also has properties in his ancestral place in UP and he has also bought many properties across India but most of them are for Investment purposes.

Umesh has a quite calm and composed personality. Even on the cricket field despite being a fast bowler, he always keeps his aggression in control and never got involved in on field spat with the batsman. On social media, he often posts pictures of his family and travel diaries.

Umesh Yadav was born on 25th October 1987 in Nagpur. His family was really poor and his father was a coal mine worker. Things got really worse when his brother was acquitted in a robbery case. Umesh wanted to become a policeman or army officer but after unsuccessful attempts, he tried his hands in cricket. He started as a tennis ball cricketer and everyone was amazed by his express pace which made him shift to actual cricket with leather ball.

Umesh Yadav got married to Tanya Wadhwa who is a Delhi-based fashion designer. He met her during his commercial shoots with Delhi Daredevils in his stint with Delhi from 2009-2013. They are happily married and Tanya always accompanies Umesh to India’s tours and is now blessed with a baby girl.

Q. What is the net worth of Umesh Yadav?

Umesh Yadav’s total net worth is around INR 59 Crore

Q. What is the real age of Umesh Yadav?

Q. Is Umesh Yadav from UP?

No, he is from Nagpur but his father hails from UP.

Q. Who is Rahul’s cricket Idol?

Q. Who is Yadav’s Best Friend?