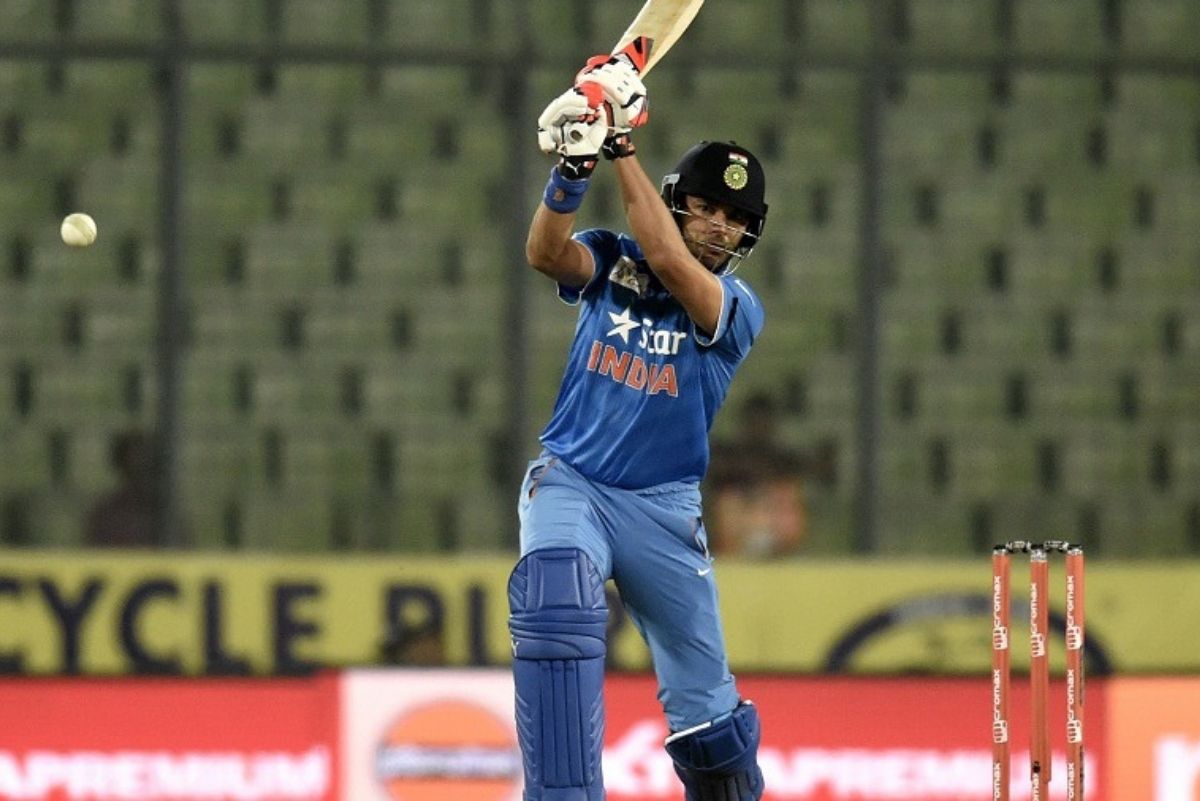 Cricket is an action-packed sport that is very popular around the world. The sport of cricket originally started in England. Since then, it has been popularized mostly in the Asian subcontinent.

One of the biggest things that get the crowd going in the game of cricket is a six. A six (6 runs) is scored when the ball is hit over the boundary directly.

Over the years, we have seen monstrous hits that should have been rewarded more than six runs! In this list, we compile the 12-longest sixes that have been hit in the history of the game.

The former Pakistani cricketer has played 60 Tests and 250 ODIs for his country. In this time, the batsman has scored 8000+ runs altogether in both formats.

Ijaz Ahmed hit one of the longest sixes in the game against India in 1999. In Mohali, the Pakistan batsman hit a massive 116 metre strike to clear the fences in a tense match between the two rivals.

The 38-year old Australian has not played many games for Daniel Christian. But the Australian did create a lasting memory in one of his games for his club side.

Daniel Christian’s Hobart Hurricanes took the field against Brisbane Heat in the Big bash league in 2015. In the match, the Australian batsman hit a massive six over the leg side which was recorded at 117 metres.

The king of sixes is best known for the six sixes that he scored off Stuart Broad in the 2007 World Cup. Owing to his strong performances, the southpaw has helped his national side win multiple ICC Championships.

Yuvraj Singh showed his prowess in the 2007 Cricket World Cup semifinals. India was up against Australia and Yuvi smashed a 119-meter long hit to send the Australian players in a tizzy.

The New Zealander has played 90+ games across all three formats for his national team. Over the years, he has gained respect for his batting prowess.

His biggest six was scored against India in 2014. The New Zealand batsman hit Mohammed Shami for a 122-metre long hit that helped New Zealand beat India at home.

The Universe Boss has hit a lot of huge sixes in his career. Gayle has played for a lot of franchises and the West Indies national team in his career as well. With them, the batsman has won multiple trophies as well.

Chris Gayle smoked the longest six in the 2010 T20 World Cup tournament. The Universe boss hit India’s Yusuf Pathan for a massive hit that was recorded at 125 metres.

“Boom Boom Afridi” had an easy strategy. It was either hit out or get out for the Pakistani batsman in his cricket career. Shahid Afridi was known for his aggressive batting style and this has landed him on our list.

Pakistan was facing Australia in 2005. Afridi hit a massive six off Symonds. The strike was massive and reached the top tier of the Perth Cricket Stadium.

The former Indian captain has done it all and won it all. Probably his most memorable six would be the one that he scored in the 2011 World Cup to bring the trophy home.

But Mahendra Singh Dhoni had pulled off another massive strike. The Indian wicketkeeper hit a massive 128 metre long six in 2009 against New Zealand hence cementing himself in cricket folklore forever.

The tall and lanky Kiwi all-rounder Jacob Oram gets into our list at number 4. Having played for New Zealand in all formats, Oram has been one of the longest hitters of the ball in recent years.

Jacob Oram hit a huge six against Australia in an ODI match in 2006. The New Zealander struck a 130 metre six that certainly made their fans happy against their arch-rivals in Sydney. The ball reached the third story of the stands at the Sydney Cricket Ground.

Mark Waugh played for the Australian team between 1991 and 2002. In this time, the batsman also helped his side in winning the 1999 Cricket World Cup.

The Australian batsman hit a massive six off New Zealand’s Daniel Vettori in 1997. New Zealand was touring Australia and the batsman deposited a straight strike that sailed to 130 metres in the game.

The Australian pacer was vital in Australia’s bowling attack. His swinging ability and his fluent action attracted a lot of young audiences from around the world. Hence it would certainly surprise many people to see the bowler in this list.

Brett Lee holds a 135 metre six to his name after he slammed a delivery by R. Powell deep into the stands in the 2005 Ashes Series. The home crowd at the Gabba was surely happy to see the strike as Australia eventually brought the Ashes home.

Former England and Australia star was one of the first big hitters of his time. The Australian initially represented the southern country before moving on to England.

In 1899, Albert Trott completely cleared the iconic Lords pavilion building, and he is believed to be the only batsman to have ever done so. Though the distance was never recorded, since then no other batsman has successfully done it. Hence, getting Albert Trott to #2 on our list.

Shahid Afridi features again on our list and he does so quite comfortably. The Pakistani superstar has scored the most sixes in international cricket history. Hence, it is no surprise that he features again.

“Boom Boom” hit a monstrous 158 metre six against South Africa in 2013. In the twilight of his career, the Pakistani smashed what was unofficially the long six of all time. This record still stands as no other batsman has officially crossed it.

12 best fielders in the world