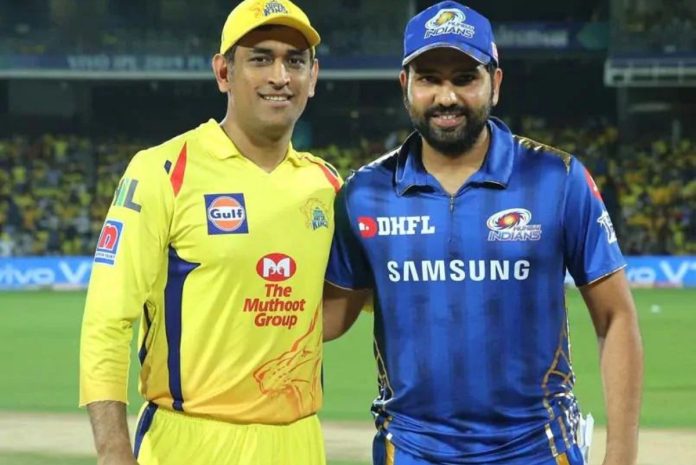 Mumbai Indians will face Chennai Super Kings in the 33rd Match of the IPL 2022. Dr. DY Patil Sports Academy in Mumbai will host this fixture on April 21 at 07:30 pm.

In IPL history, both teams have clashed in a total of 32 games of which 19 have been won by the Mumbai Indians and 13 by Chennai Super Kings. Last year in 2021, it was a balanced result in the clash between these two sides in the last edition as first Mumbai defeated CSK by 4 wickets at Delhi in India’s leg while CSK got the better of MI at Dubai by 20 runs in the UAE leg.

In the chase, Saurabh Tiwary top-scored with his unbeaten 40-balls fifty. While all the key batters were dismissed for a low score. Mumbai managed to score 136 with the loss of eight wickets, falling short of 20 runs as the run rate kept creeping up. Dwayne Bravo took three wickets. Deepak Chahar bagged two. Josh Hazlewood and Shardul Thakur picked a wicket apiece.

Mumbai Indians are inarguably one of the most successful teams in the Indian Premier League. Having won the prestigious title most times in 2013, 2015, 2017, 2019, and 2020, they are the top contenders this year as well. However, they had quite a disappointing campaign last season as they finished at the 5th spot with seven wins and as many losses.

Rohit Sharma is set to captain the franchise again and will open the batting alongside Ishan Kishan. Kishan is prominent for his stylish batting and will go all guns ablaze from the first ball. Suryakumar Yadav and Kieron Pollard will keep things afloat after the opening duo. The No. 4 position will be possibly filled by the 19-year-old young talent from Hyderabad, Tilak Verma.

Jasprit Bumrah will lead the bowling attack for Mumbai Indians, but barring him, the rest three front-line bowlers aren’t known names. Daniel Sams and Tymal Mills will play supporting role to Jasprit Bumrah. While both are good options, they aren’t so famous in IPL. In addition, Murugan Ashwin will be their lead spinner, who himself isn’t the most potent option. If Jofra Archer had been there, Mumbai’s case would have been more strong. But unfortunately, he would miss the 2022 edition.

Chennai Super Kings has been the second most successful franchise after Mumbai Indians. The MS Dhoni-led side won their 4th IPL title last year after defeating Kolkata Knight Riders in the IPL 2021 final in Dubai. Apart from 2021, CSK has won the IPL title in 2010, 2011, and 2018. The franchise was banned alongside Rajasthan Royals in 2015 for 2 years after being found spot-fixing in the league. Despite all the controversies CSK emerged victorious in their comeback, winning the title again in 2018.

This year for Chennai, all eyes will be on their star opener Ruturaj Gaikwad who remained the highest scorer last year with 635 runs in 16 matches. Supporting him and replacing Faf du Plessis will be the Kiwi left-handed batsman, Devon Conway who boasts similar stats like Gaikwad. Coming to their, middle order, CSK has kept the same players intact as we had seen in the IPL 2021 final. The likes of Robin Uthappa at 4, Ambati Rayudu at 5, and MS Dhoni at 6. Uthappa and Rayudu had done really well for CSK in the middle-order in the past editions. There’s no harm in continuing with them even as they are off their prime age. Meanwhile, MS. Dhoni, the captain at 6 would once again be the bridge between finishers and middle-order.

Ravindra Jadeja, Moeen Ali, and Dwayne Bravo will probably pose as all-rounders to shine in both departments. Talking about the bowlers this is a department that saw the most changes in CSK’s squad. The addition of Rajvardhan Hangargekar straight from the U19 World Cup-winning squad will definitely provide an extra edge to their bowling.

Top Batsmen with Most Runs- MI vs CSK Head to Head

Suresh Raina has scored the maximum runs in the past encounters between both teams at 736. Though he remains unavailable for this edition, Rohit Sharma is the second leading run-scorer at 693 Runs followed by MS Dhoni at 646 Runs.

Top Bowlers with Most Wickets MI vs CSK Head to Head

Lasith Malinga remains the highest wicket-taker in MI vs CSK head to head with 37 wickets followed by Dwayne Bravo with 35 wickets. Ravindra Jadeja is also amongst the current CSK squad to have bagged 18 Wickets.